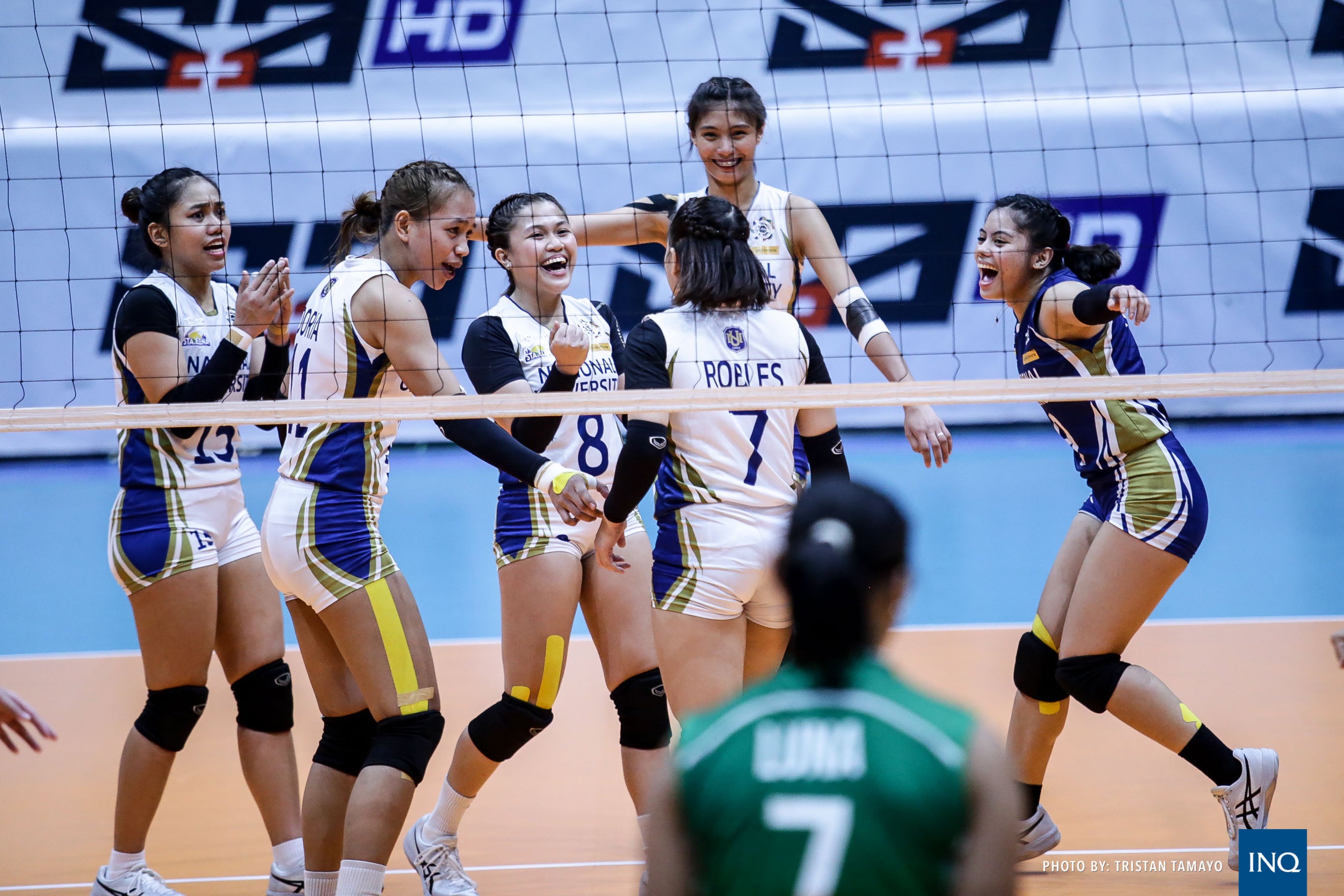 MANILA, Philippines—National University is ready to fulfill its potential in the UAAP Season 82 women’s volleyball tournament.

After a surprising run in Season 81 that still saw them miss out on the next round, the Lady Bulldogs are now ready to contend for the Final Four.

Their elimination round sweep of University of the Philippines was some sort of an acid test for the team.

“Last year is a big source of motivation for us because nobody thought that we would beat UP, nobody thought we will fight against the stronger teams because even though we lost we weren’t beaten that easily,” said assistant coach Regine Diego in Filipino.

“We feel that we can do so much more compared to last year.”

The Lady Bulldogs finished the elimination round with a 4-10 record at the sixth seed, which was a respectable record considering the team was coming off the Jaja Santiago era.

NU also banked on the rookie core of Jennifer Nierva, Ivy Lacsina, and Princess Robles to carry its fortunes.

An injury to first year setter Joyme Cagande was also one of the more difficult hurdles the Lady Bulldogs had to overcome in Season 81.

Despite the adversity, Diego said it was the hardships that thought them how to play better and together.

“In terms of experience, they now have the courage and mental fortitude to go through it again,” said Diego. “They now know how this works, and also that experience was what made their bond stronger.”

NU, though, will need that strength more than ever come Season 82 with Robles still in rehab for her injured knee which she suffered in a tune-up game against St. Benilde and Robles out of the team due to academic deficiencies.

Nevertheless, Diego believes that the core of Nierva, Robles, Lacsina, and Cagande can still achieve more things in the future.

“There’s still more to go and more experience to get in the future. They’re going to do this together,” said Diego. “We actually see our youth as strength because this is not just for this year but for the next few years.”

“When you have a younger team, you can teach them a lot more things and we’re happy that they’ll continue to learn.”