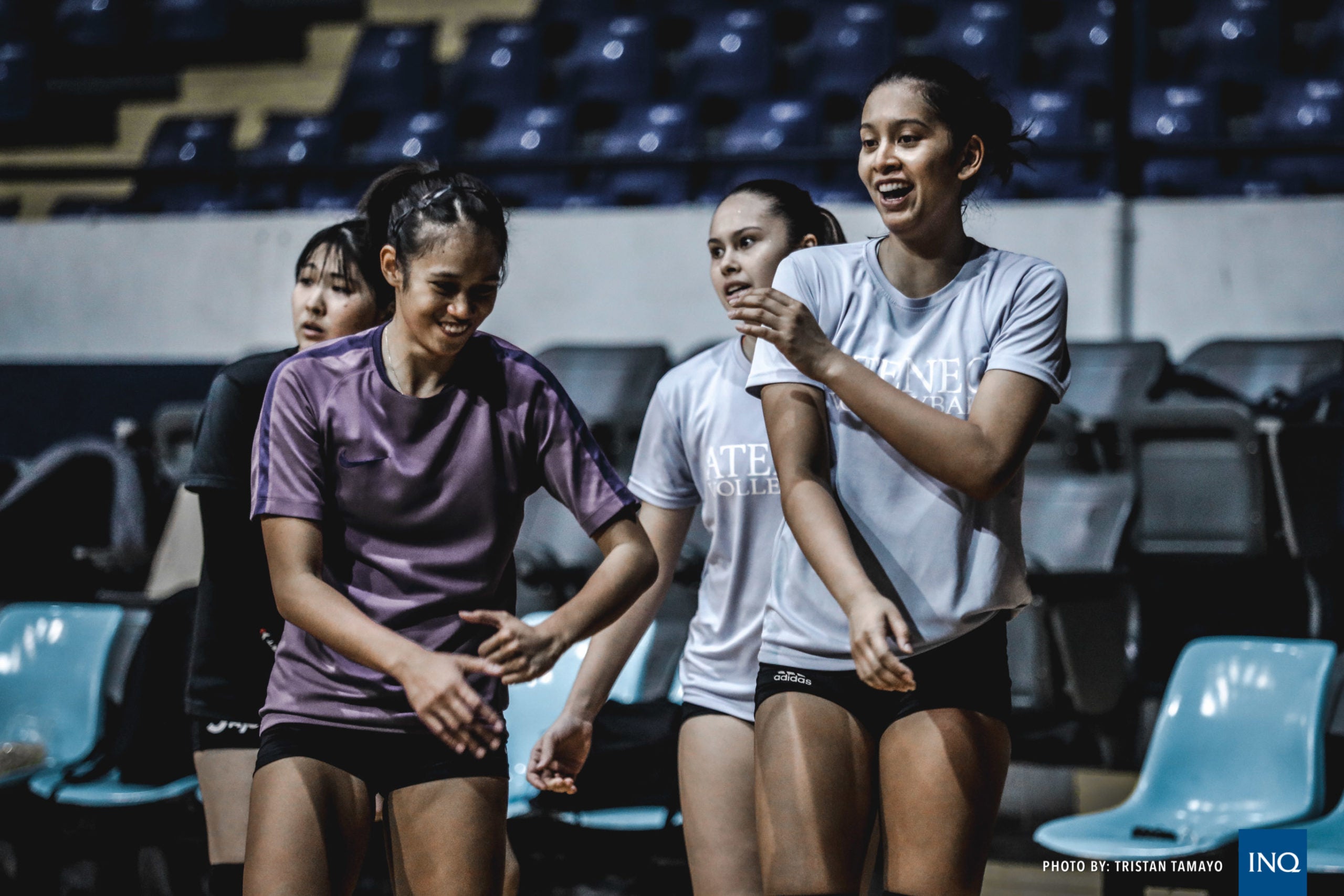 MANILA, Philippines—Kat Tolentino’s returning to Ateneo for her final year with a mission in mind.

“For the team this year, my expectation is that we’ll definitely make the finals and our main goal is, of course, the championship,” said Tolentino. “I truly believe we can get it this year.”

An air of uncertainty shrouded the Lady Eagles’ roost the moment they won the Season 81 title after Tolentino initially told her teammates that she would not be returning.

It took nearly seven months before Tolentino ultimately decided she’d be back to gun for another championship.

“I see the team is full of really talented and skillful players and having all the rookies and the seniors come back from last year just shows that we have a lot of depth in the team,” said Tolentino.

Jamie Lavitoria and Jhoana Maraguinot are also back in the fold for Season 82.

Maraguinot did not play in Season 81 after already playing four years from Season 77 to 80 while Lavitoria, who struggled for a spot as the backup for Jia Morado, plied her trade with Generika-Ayala in the Philippine Super Liga.

From playing as a setter to becoming a libero, Lavitoria had to do whatever she can to get floor time for the Lady Eagles but her stint with the Lifesavers gave her the necessary tools to once again suit up for Ateneo.

With her fellow seniors committing for Season 82, Tolentino that Ateneo won’t just rely on the starting six once the tournament starts.

“It’s not just the starting six, there’s always a backup for coach O [Oliver Almadro] and I think it’s nice to have a team that’s well-balanced like this year,” said Tolentino.

The Lady Eagles are also expected to get a big boost from  Faith Nisperos, who Almadro called “God’s gift” to the Ateneo volleyball program.

“I usually find that the strongest teams are the ones when you have teammates who can play any position and that’s definitely what will bring us together for this UAAP season,” said Tolentino.