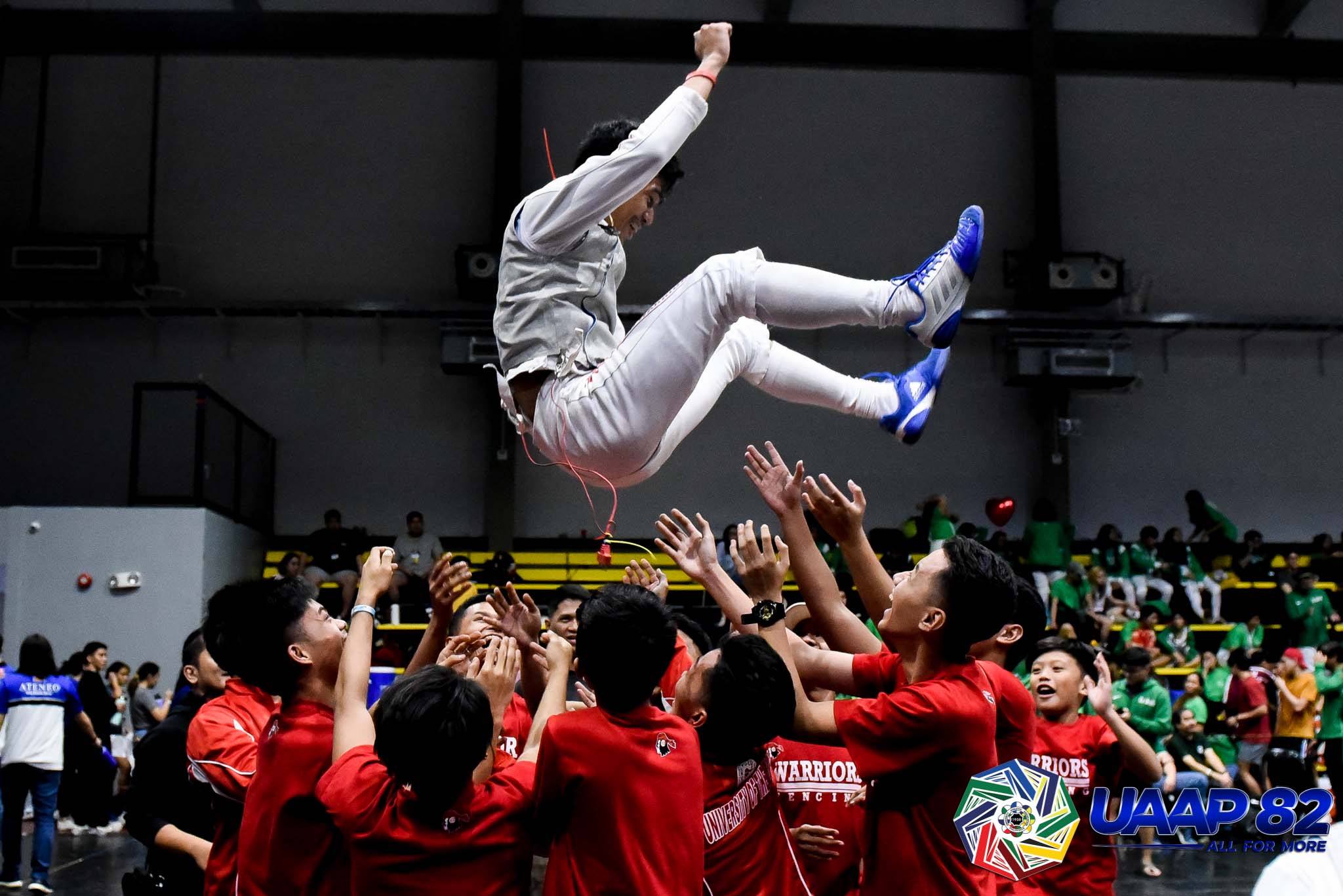 MANILA, Philippines—University of the East showed its pedigree anew with a golden double in the UAAP Season 82 fencing tournament Friday.

The Red Warriors topped the men’s divisio,  after holding off Ateneo, 45-42, in the team foil final to complete a 5-1-0 (gold-silver-bronze) medal haul for their 14th title overall.

Not to be outdone, the Lady Warriors had a 4-1-3 medal tally for a league-best 13th championship.

Sammuel Tranquilan led the Red Warriors as he bid his goodbye to the team with his third straight MVP plum.

Even though his best player has left the team, UE head coach Amatov Canlas said he is not bothered since he’s already piled up enough talent to get them through in the next few years.

“We still have a lot of rising stars coming in, so the training doesn’t stop and the transition is really deep,” said Canlas in Filipino.

UE brushed off La Salle, 45-36, in the women’s epee finals then followed it up with a dominant 45-19 victory against University of Santo Tomas in the women’s team saber title round.

Rookie MVP Queendenise Dalmacio and Sam Catantan led the way for the Lady Warriors in a display that Canlas expected since he saw his youngsters in the 2019 Southeast Asian Games.

“Queen and Sam are batchmates and I recruited them in one go,” said Canlas. “Queen’s level of play really improved when she got to the national team and they became tougher mentally after the SEA Games.”

The Blue Eagles settled for the second place with a 1-3-2 haul while the Green Archers came in third in the men’s division with a 0-1-5 tally.

La Salle was the second placer in the women’s division at 1-2-1 while Season 81 champion Ateneo took home third at 1-1-2.