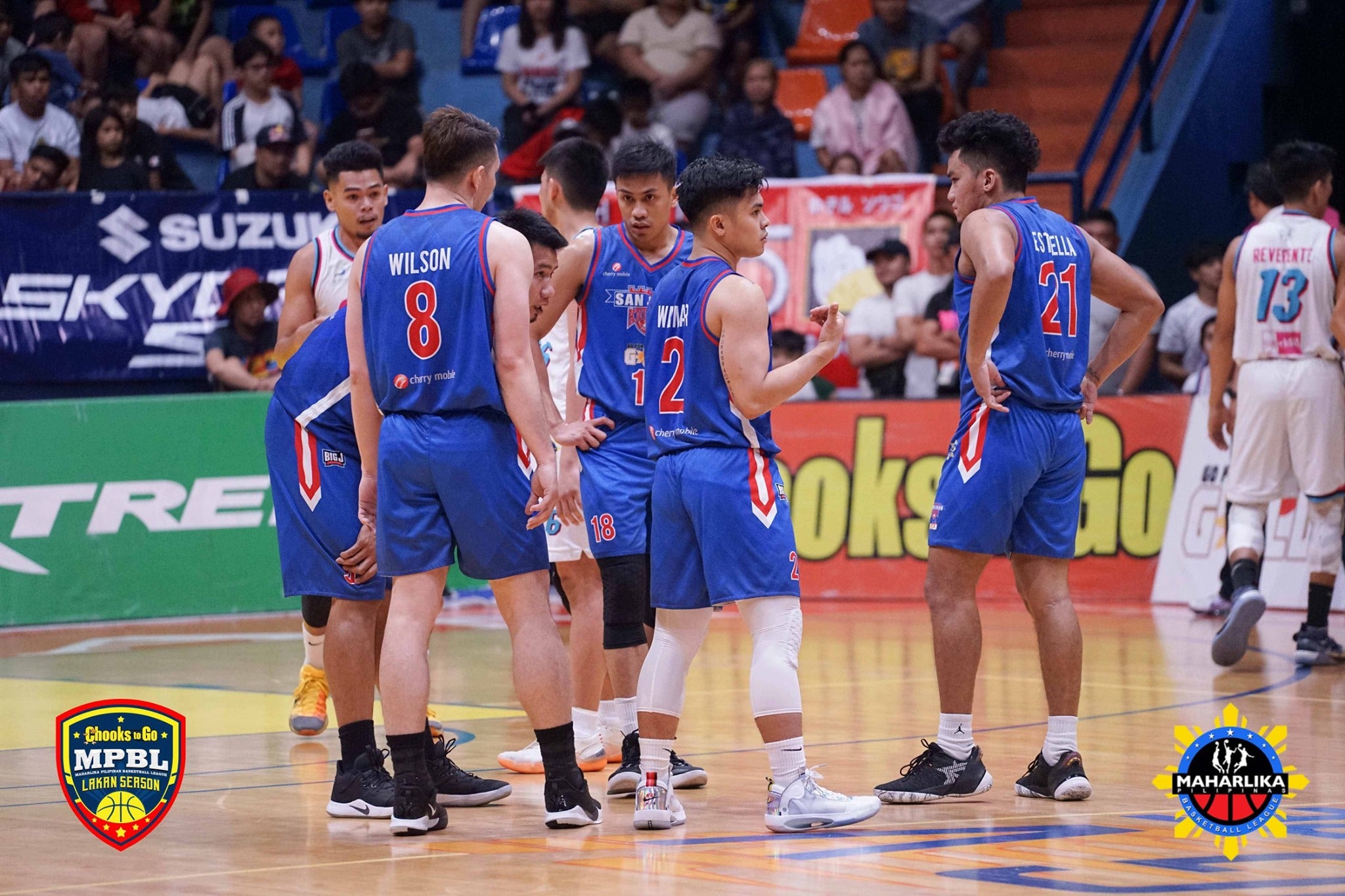 Fourth seed Pampanga also took the lead in their series with Bataan after hacking out a wire to wire 71-64 victory earlier.

The Giant Lanterns scored the first 17 points of the game and even led by as many as 30 points only to allow the Risers to pull within six points, 58-64, with six minutes remaining.

Levi Hernandez and Mark Cruz came through with big shots down the stretch to hold off the Risers, who face elimination as the series shifts to the Angeles University Foundation Gym in Pampanga. San Juan and Pampanga can actually arrange a second-round meeting in the North semifinals with victories on Thursday.

Hernandez finished with 18 points, while Reil Cervantes chipped in 13 points for the Lanterns, who extended their winning run to five games.

The Voyagers kept the Knights at bay for long stretches as Axel Inigo and JP Belencion carried the fight for a Pasay team that had pushed San Juan to the limit in their only elimination round meeting last July.

Iñigo’s floater gave the visitors a 62-53 lead with nine minutes remaining before San Juan countered with an 11-2 run to tie the game on Orlan Wamar’s triple at the 4:24 mark of the final period.