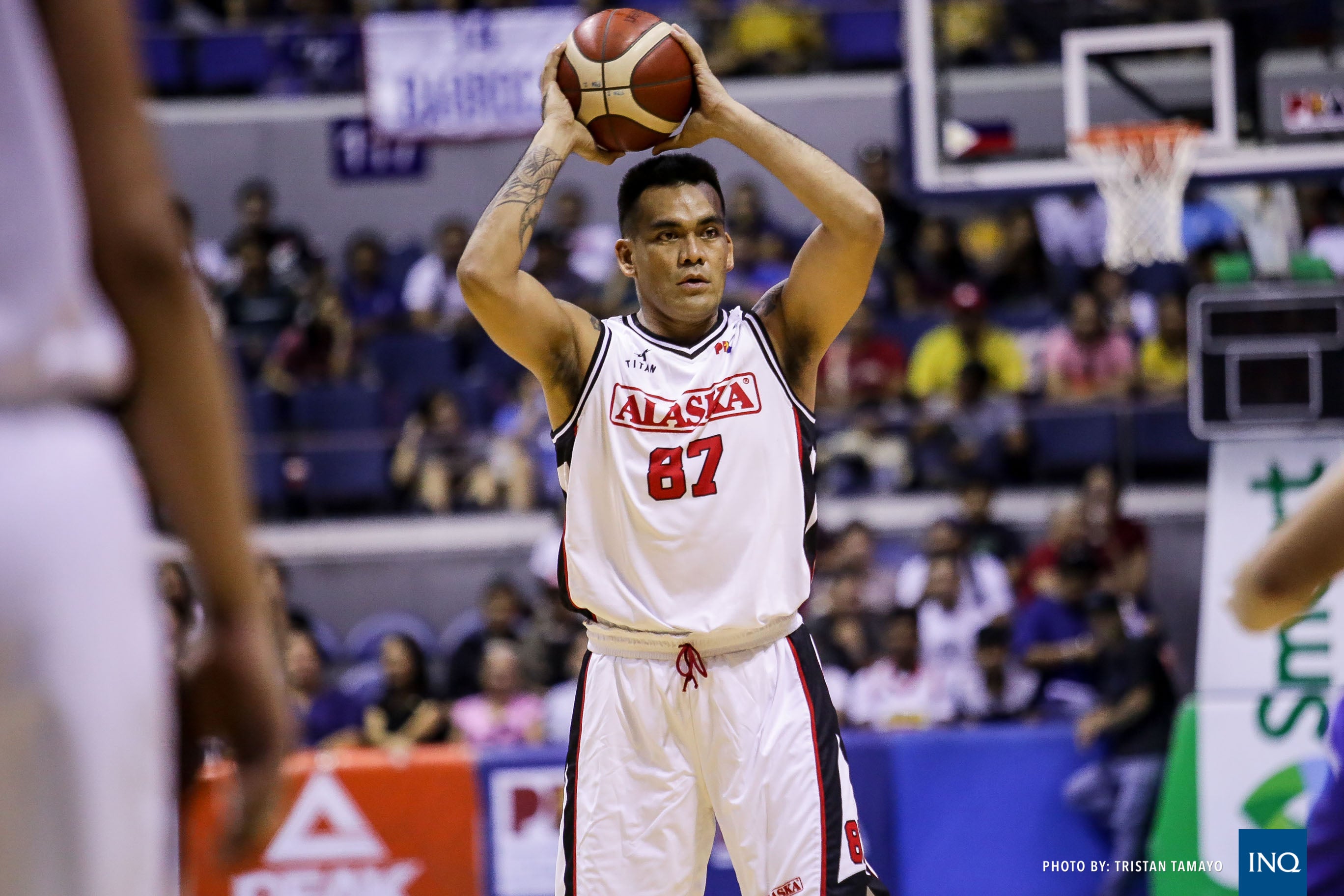 FILE – Alaska Aces big man Vic Manuel looks to pass the ball during a game against the Magnolia Hotshots. Photo by Tristan Tamayo/INQUIRER.net

The Aces outscored the Fuel Masters, 21-11, in the first six minutes of the final frame to break the game wide open.

Kevin Racal scored eight of his nine points during that crucial stretch for Alaska, which turned a two-point edge into a 90-78 lead.

Vic Manuel led all scorers with 25 points that went with nine rebounds while Mike DiGregorio added 13 points off the bench for the Aces.

The game is part of a mini-tournament, which also features NLEX and San Miguel Beer, organized by Phoenix.

Alaska faces NLEX next on Wednesday at 12 noon while Phoenix clashes with San Miguel Beer at 10 a.m.