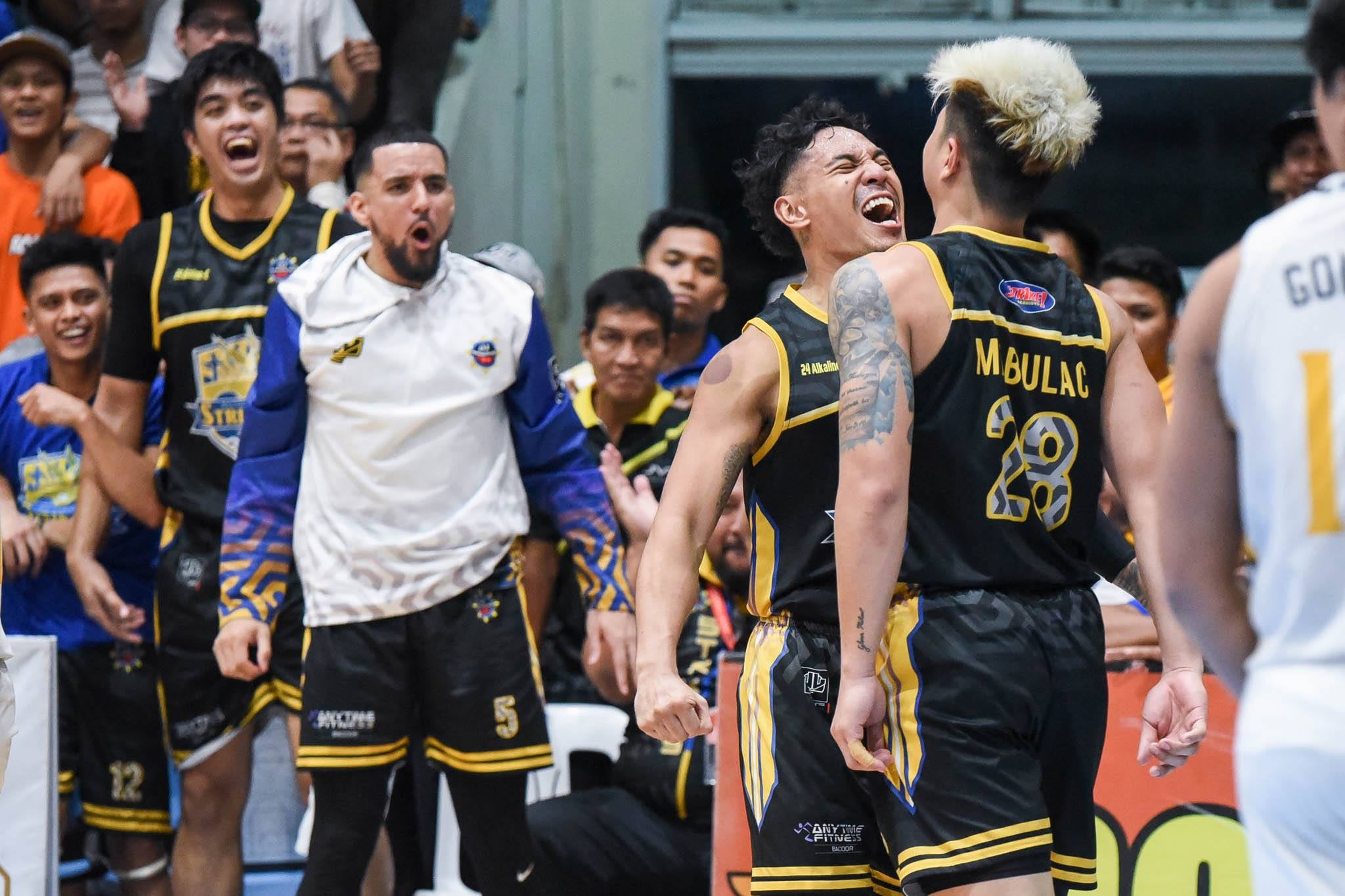 BACOOR CITY—A bruising playoff series with the Gene­ral Santos Warriors last season in the MPBL made the Bacoor Strikers realize the immediate need for a veteran enforcer in their lineup.

Playing in his first playoff game for the Strikers, Michael Mabulac quickly showed why Bacoor wanted him to play that role.

“Having a guy with that level of strength, skill and the ability to lead the team is just great for us,” said Bacoor coach Chris Gavina after the 6-foot-4 Mabulac powered the No. 2 seed Strikers to an emphatic 95-72 win over the Warriors in Game 1 of their best-of-three South division quarterfinal series at a packed Strike Gym.

“Being part of this team meant you are in a family. We’re taught not to back down. We’re also taught to have each other’s back. Michael led the way for us in that aspect.”

Earlier, Basilan closed in on a second-round duel with Bacoor after turning back Iloilo, 83-68, at the start of their own series.

Bacoor and Gensan battled to a highly-physical series last season, which ended with Bacoor center King Destacamento needing surgery after he was hit on the nose.

A scuffle near the end of Game 2 won by Bacoor saw Gensan players Delmar Mahaling and Daryl Goloran get ejected for kicking on Mark Montuano and Roger Malig-on. The Gensan duo had to apologize to the Bacoor players a few days later.

Gavina said he had to remind his players to stay focused even in the heat of the physical battles in a clash that has now evolved into one of the rivalries in the league.