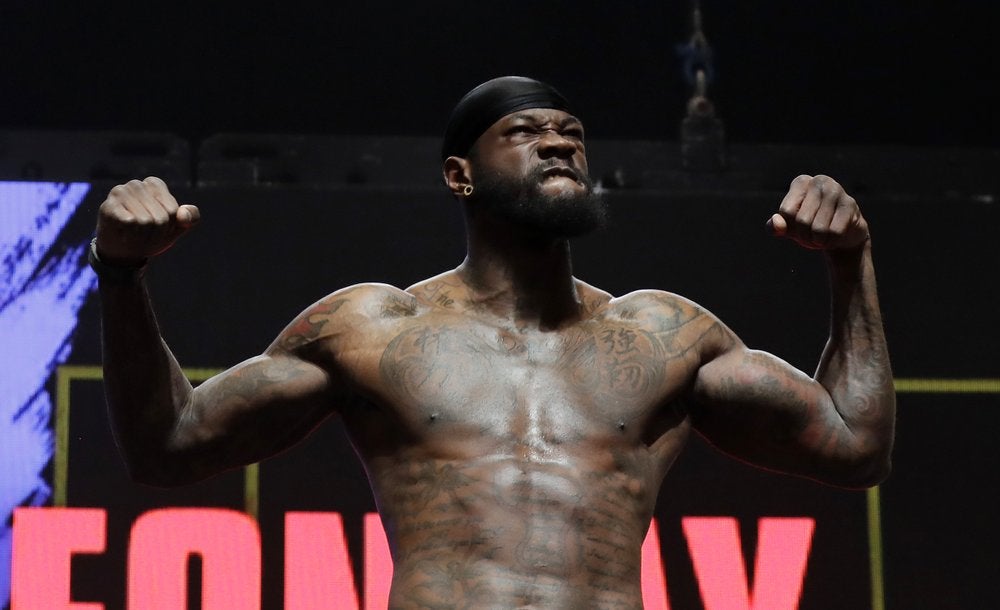 Deontay Wilder stands on the scale during a weigh-in for his WBC heavyweight championship boxing match against Tyson Fury, of England, Friday, Feb. 21, 2020, in Las Vegas. (AP Photo/Isaac Brekken)

LAS VEGAS — Tyson Fury and Deontay Wilder made one last appearance Friday before their big heavyweight title fight, weighing in and taunting each other before a raucous crowd at the MGM Grand arena.

Wilder weighed 231 pounds, the heaviest of his career, for his 11th title defense. Fury, meanwhile, tipped the scales at 273 pounds, just 3 pounds short of his heaviest ever, too, for Saturday night’s rematch.

The fighters jawed at each other from a distance after getting on the scales in the arena. Nevada boxing officials ruled they would not have a faceoff after pushing each other at the final press conference on Wednesday.

Thousands of fans, most of them supporting Fury, jammed the arena, waiting for several hours for the fighters to make their brief appearance on the scales. Though separated, the two fighters jawed at each other, much like they did at the press conference promoting the pay-per-view bout.

The two unbeaten heavyweights meet in a showdown just 14 months after they fought to a draw in a dramatic fight in Los Angeles. The fight is arguably the biggest heavyweight bout since Lennox Lewis demolished Mike Tyson in 2002, and both fighters could make some $40 million if the pay-per-view sells well. 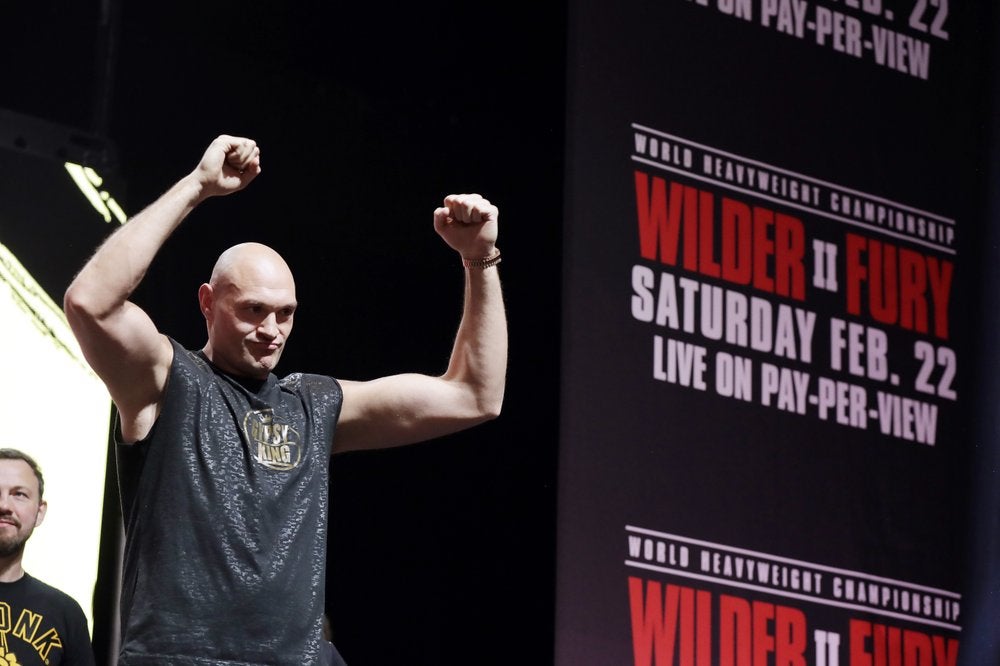 A fight that promises intriguing matchups matches two fighters with claims to titles — Fury’s is the mythical lineal crown — in a rematch of their draw a little more than a year ago. In that fight, Fury dominated the boxing but Wilder knocked him down in the ninth and 12th rounds before the judges scored it a draw.

Fury (29-0-1, 20 knockouts) predicted in the weeks leading up to the fight he would weigh about 270 pounds. He said he added the weight because he intends to go after Wilder from the opening bell in the rematch to try and score an early knockout.

“At the end of the day, we’re heavyweights,’’ Wilder said. “So it doesn’t really matter about the weight.’’

In addition to the weight, Fury will have to deal with the possibility of the cut suffered around his right eye in his last fight will reopen. He usually trains without headgear but used it for the rematch because of the 47 stitches it took to sew the cut up after his hard-fought win in September against Sweden’s Otto Wallin.

Wilder (42-0-1, 41 knockouts) is making the 11th defense of the crown he won in 2015, the same year Fury beat Wladimir Klitschko to win a piece of the title. Fury didn’t fight for more than two years after that, giving up his crown as he descended into mental and drug problems and his weight ballooned to 375 pounds.