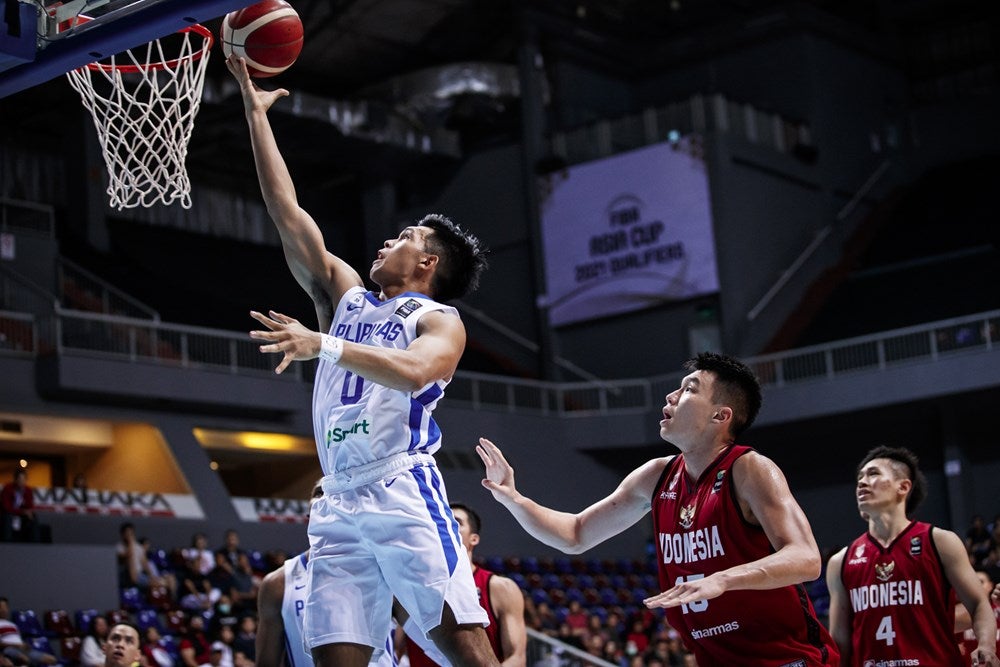 Misfiring early on, Gilas Pilipinas turned to its defense and youth to take down Indonesia, 100-70, and rack up its first win in the Fiba Asia Cup 2021 qualifiers, Sunday night at Britama Arena in Jakarta.

Thirdy Ravena had team-bests 23 points, eight rebounds, and a pair of blocks to help shake off the Nationals’ wobbly start.

Roger Pogoy had 16 points, while CJ Perez 11, Kiefer Ravena and Juan Gomez de Liaño 10 each in the victory that put the Philippines just a shade under Group A leader South Korea.

Andakara Dhyaksa had 28 to lead the hosts, while Abraham Grahita, who was earlier suspended by the Indonesia Basketball Association, chipped in 17 more in the losing stand.

Ravena, one of the five amateurs in the roster, drilled three of his four attempts from deep, helping the Mark Dickel-mentored squad deal the Indonesians their second 30-point beatdown in three days.

Gilas was supposed to host Thailand last Feb. 20 at Araneta Coliseum, but the match was canceled due to the threat of the novel coronavirus.

Fiba has yet to announce a new date for the contest.

Next up for the Nationals are the Koreans, who they visit later in November.