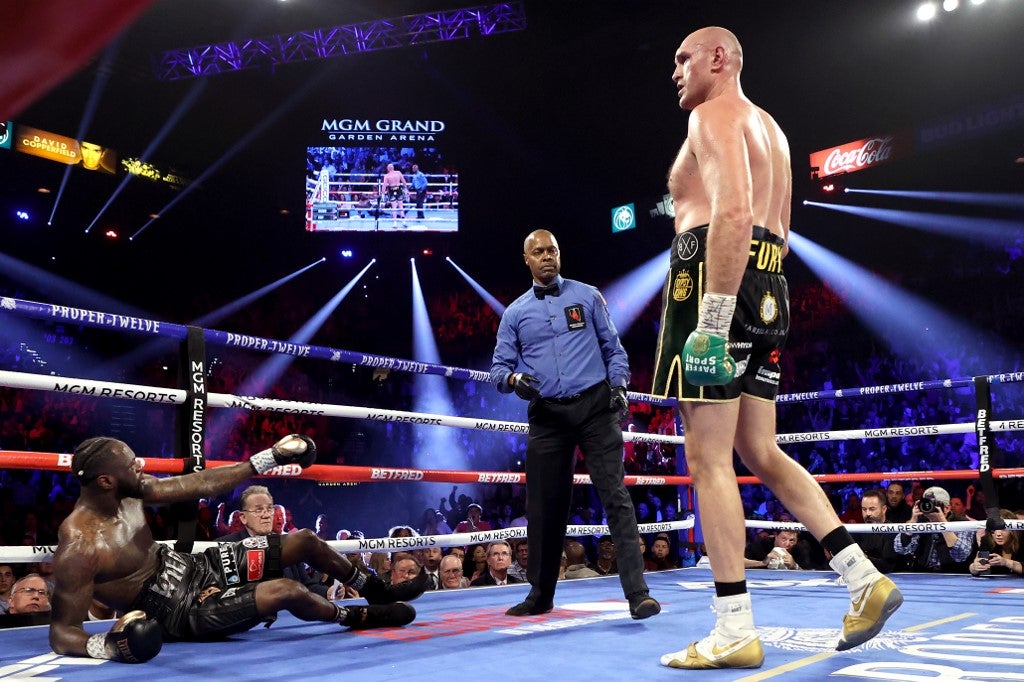 Deontay Wilder plans to activate his rematch clause for a third fight with Tyson Fury after his seventh-round TKO loss to the Briton, US media reported Monday.

Yahoo Sports reported Wilder would seek a rematch — and that he says a miscalculation with his ring-walk costume proved costly in the first defeat of his career.

Wilder told Yahoo Sports the embossed armor-like costume, complete with a full face mask, weighed 40 pounds (18 kg), and by the time he’d made his way to the ring at the MGM Grand Garden Arena his legs were compromised.

Britain’s Fury knocked Wilder down in the third round with a straight right hand and the American, who lost his World Boxing Council heavyweight belt, never looked really steady after that.

Wilder went down again in the third in what was ruled a slip, and Fury knocked him down with a punch to the body in the fifth.

Certainly Wilder didn’t have the foundation to throw his right with its usual fearsome power.

“The simple fact is that my uniform was way too heavy for me,” Wilder told Yahoo Sports. “I didn’t have no legs from the beginning of the fight.

“A lot of people were telling me, ‘It looked like something was wrong with you.’ Something was, but when you’re in the ring, you have to bluff a lot of things,” added Wilder, who had said in his immediate post-fight comments that his legs were weak coming in “due to other things.”

Fury was landing blows almost at will when referee Kenny Bayless called a halt at the behest of a battered Wilder’s corner.

It was assistant trainer Mark Breland who threw in the towel, and Wilder suggested to Yahoo that Breland will no longer be part of his team on fight nights.

Wilder and Fury had fought to a dramatic split-decision draw in December 2018, when Fury climbed off the canvas in the 12th round to share the spoils.

While a rubber match is a tantalizing prospect, so is the idea of an all-British heavyweight unification bout between Fury and Anthony Joshua, who holds the WBA, IBF and WBO titles after winning his rematch against Andy Ruiz Jr last year.