PBA assures readiness amid virus threat ahead of season opener 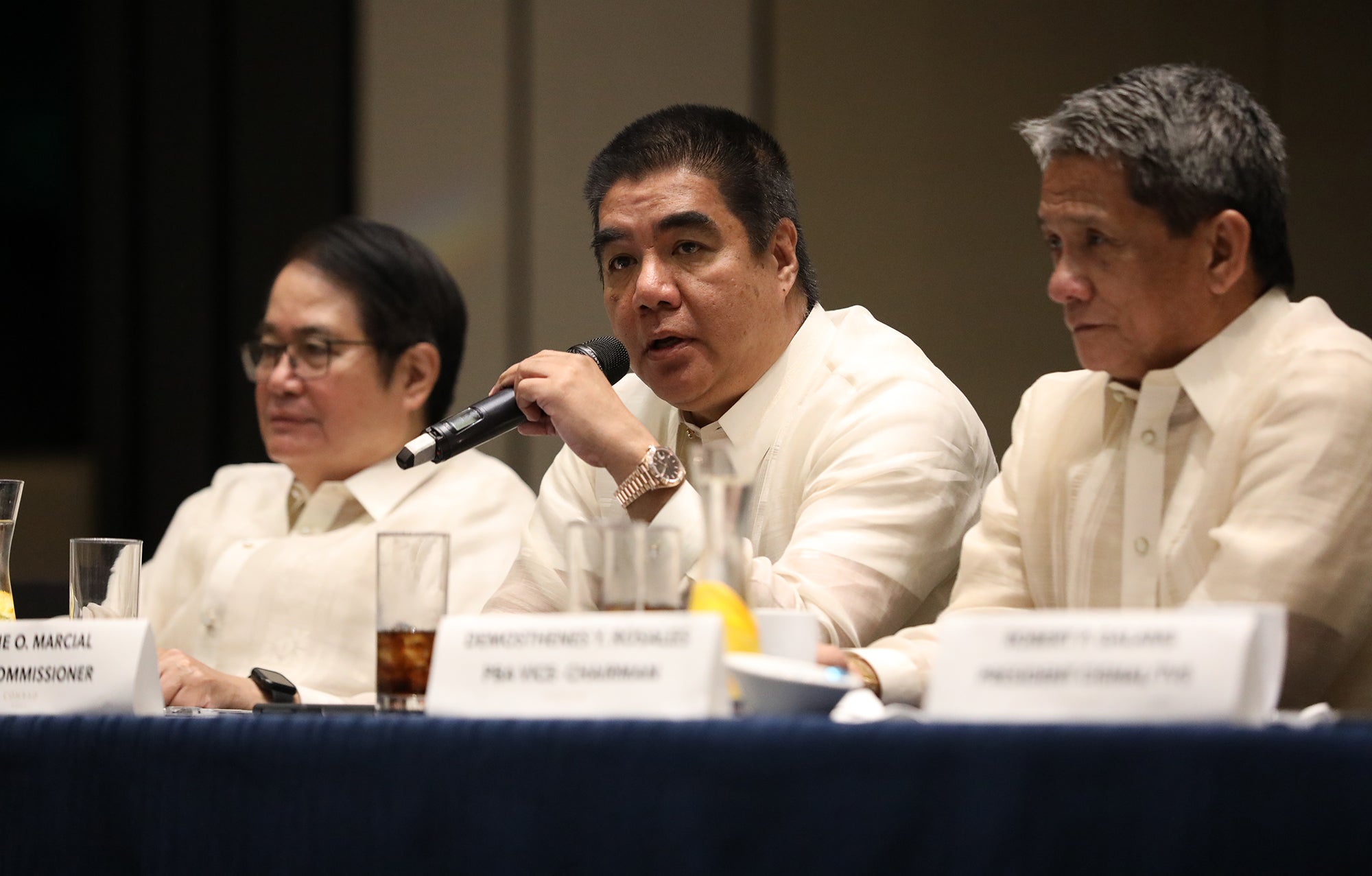 MANILA, Philippines — June Mar Fajardo’s injury has made the PBA race so wide open that there was a palpable sense of excitement among team governors during the 45th season’s press conference Tuesday at Conrad Hotel in Pasay.

But it has also made the new season, which opens on Mar. 8 at the fabled Big Dome in Cubao, unpredictable—prompting the league to again tether its focus on health.

PBA Commissioner Willie Marcial said that the league has bolstered its measures in ensuring that its athletes are in tip-top shape for the upcoming season.

“Physical therapists and team doctors have a Viber and e-mail thread where they are in communication with Dr. (Jose Raul) Canlas,” he told the Inquirer.

“It’s really a big blow to us,” said Marcial. “His pull is such a great thing for the league.”

Marcial also revealed that the league also has contingency plans should the coronavirus becomes an even more menacing threat.

“The fans’ health is of paramount concern, too. That’s why we’re also in touch with venue officials. We’re asking them how they will adopt in such a scenario,” he said.

Twelve of the 35 game dates have yet to be finalized based on the initial schedule of the Philippine Cup.

“For sure we’re going to cancel games. That goes without saying. It’s for everybody,” said Marcial.

Both San Miguel and Ginebra were automatic favorites to reign in the crown jewel tournament, but Fajardo’s rehab and Greg Slaughter’s sudden sabbatical has turned TNT and Magnolia as new favorites to win the conference.

The Hotshots dragged the Beermen into full seven games during last year’s title duel, while TNT is set to boast a starting five of national players should the Poy Erram trade is approved.

“I really want to see how other coaches are going to adjust to a field without June Mar,” said San Miguel Corporation sports director and Ginebra governor Alfrancis Chua.

Yet the other team governors—like Columbian’s Bobby Rosales, and Blackwater’s Siliman Sy— believe that the crowd darlings and the reigning Philippine Cup champions are still the teams to beat given their lavish rosters.

Among other topics discussed are the leagues’ gate receipts, the staging of its inaugural 3×3 tournament that will now feature 14 teams, and its bid to go farther with its digital endeavors.

“We’re looking for a turnaround. It may not be “at the gates,” but it will happen in other places,” said chairman Ricky Vargas.

Also touched upon was Calvin Abueva’s suspension, which remains up in the air.

“We’re still talking and he has yet to fulfill something,” added Marcial.