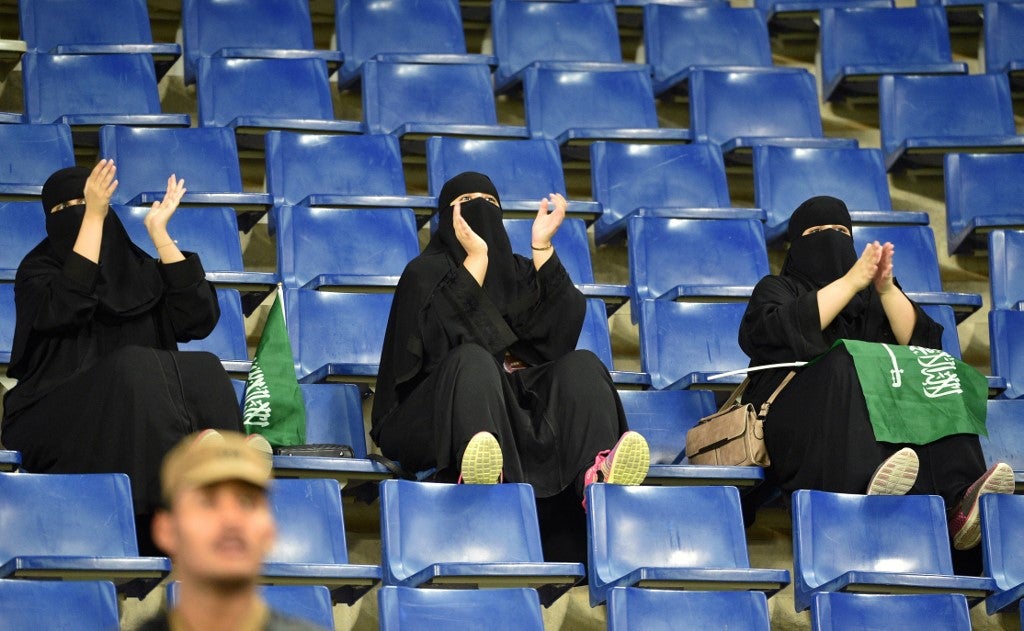 Saudi women cheer for their football team during a friendly match between Saudi Arabia and Iraq for the “Superclassico” championship at King Saud University Stadium in Riyadh on October 15, 2018. (Photo by FAYEZ NURELDINE / AFP)

Saudi sports authorities have launched a women’s football league, the latest unlikely extravaganza in the kingdom as it attempts to shrug off its ultra-conservative image.

The first season of the 500,000 riyals ($133,000) league for women over 17 will be staged in the cities of Jeddah, Riyadh and Dammam, the government-run Saudi Sports for All Federation said on Tuesday.

“The launch of the (league) bolsters women’s participation in sports at the community level and will generate increased recognition for women’s sports achievements,” the federation said.

The development marks a new leap for Saudi women, who were first allowed to enter a football stadium to watch a match in January 2018.

The ultra-conservative kingdom, which has long had some of the world’s tightest restrictions on women, had previously barred women from sports arenas.

But the country is now seeking to boost women’s participation in sports as it eases strict decades-old rules separating the sexes.

De facto leader Crown Prince Mohammed bin Salman has introduced a series of reforms including allowing concerts, reopening cinemas, and lifting a prohibition on women driving as part of a modernization drive.

Saudi rulers, under fire over human rights abuses, have utilized sport as a tool to try and soften their international image and to provide a showcase for reforms inside the oil-rich state.