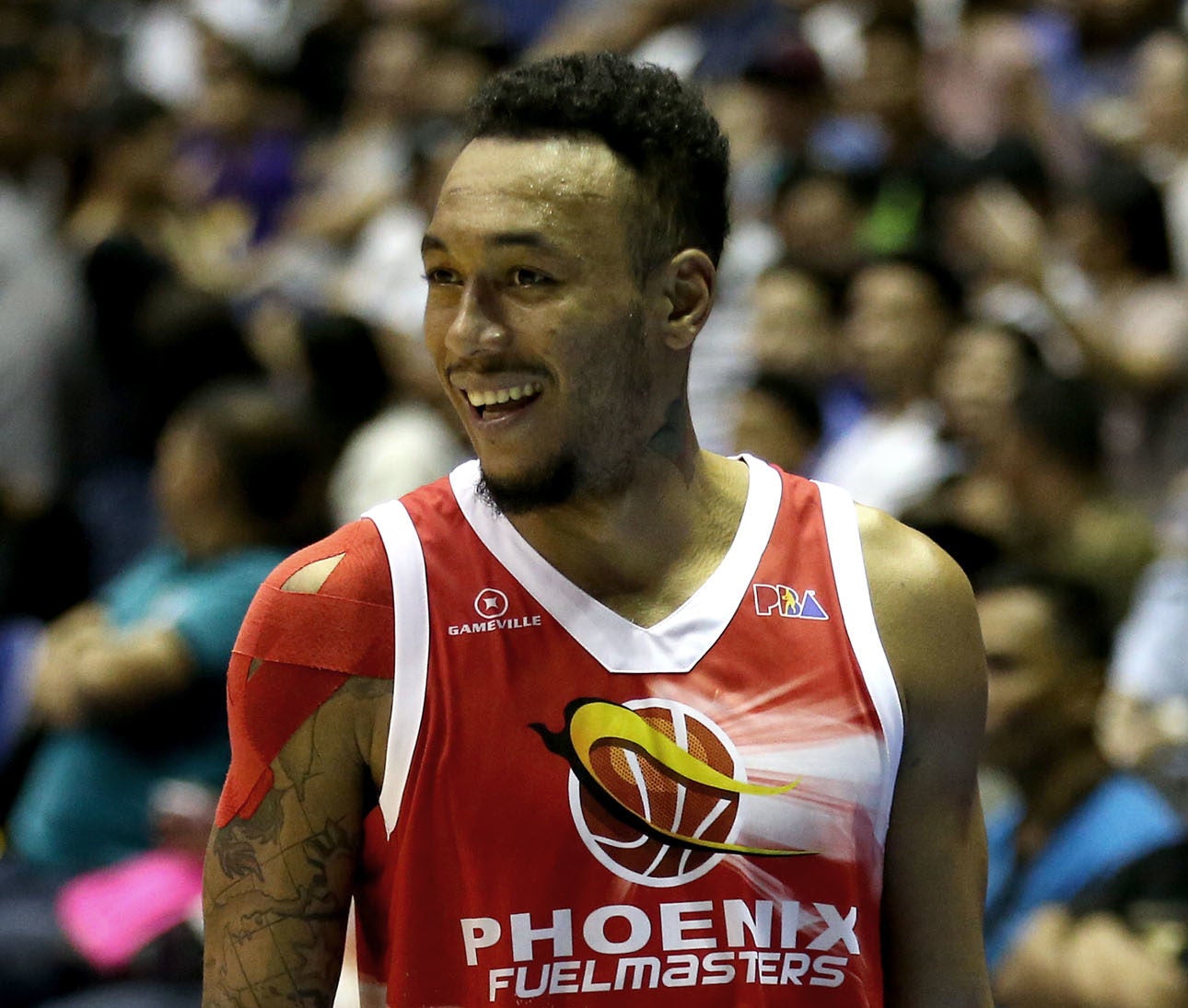 Calvin Abueva of Phoenix during game against Blackwater in Araneta Coliseum in Quezon City.
INQUIRER PHOTO / RICHARD A. REYES

Calvin Abueva’s return to action in the PBA now hinges on him submitting favo­rable results from personality tests he was required to undergo, the Inquirer learned from unimpeachable league sources on Wednesday.

The tests, sources said, were a mandatory part of his indefinite suspension and were primarily required to ensure that Abueva doesn’t fall back to his old ways.

The revelation comes on the heels of yet another emotional appeal for Abueva’s reinstatement after he was suspended by the league in June last year for inappropriate court behavior. The appeal, this time, came from the Phoenix forward’s wife, who posted a lengthy message on her Instagram account questioning the continued suspension of her husband.

“Calvin has already fulfilled certain requirements but needs to submit the results of personality tests that were mandatory for the lifting of his suspension,” said the Inquirer source, who due to a lack of authority to comment on the matter, has requested anonymity.

Abueva was suspended after separate bizarre incidents last year. He engaged in a verbal altercation with—and directed lewd gestures to—the girlfriend of Ray Parks Jr. during a game. He also struck TNT import Terrence Jones with a vicious clothesline before performing a provocative dance atop the scorer’s table.

Commissioner Willie Marcial fined Abueva P70,000 for both incidents and suspended him indefinitely. Marcial refused to further comment on the Abueva issue after already saying during Tuesday’s press conference that “we are still talking and he (Abueva) has yet to fulfill something.”

On Wednesday, Abueva’s wife Sam protested Abueva’s continued suspension on Instagram. In Filipino, she said she has no idea why the ban has not been lifted yet and that her sons have been greatly affected by their father’s continued punishment. She ended the post with hashtags #socialjustice and #humanrights.

An Inquirer source, however, said Abueva “knows about the requirements he needs to submit to the league” before he will be finally allowed to suit up.

Meanwhile, San Miguel Corp. sports director Alfrancis Chua said he has told June Mar Fajardo to take all the time he needs to recover from a broken shin bone and not rush back to action for the San Miguel Beermen.

Magnolia forward Marc Pingris, Fajardo’s close friend, said the reig­ning five-time MVP is already in good spirits as he begins the reco­very phase of his hiatus.

Also during Tuesday’s press conference, Marcial told the Inquirer that former Ateneo star Thirdy Ravena can avoid the ban on rookies who skip the PBA Draft for two straight years by submitting copies of offers he receives from ball clubs overseas. —With a report from Denison Rey A. Dalupang