Cone expects Slaughter back with Ginebra in 3 to 4 months 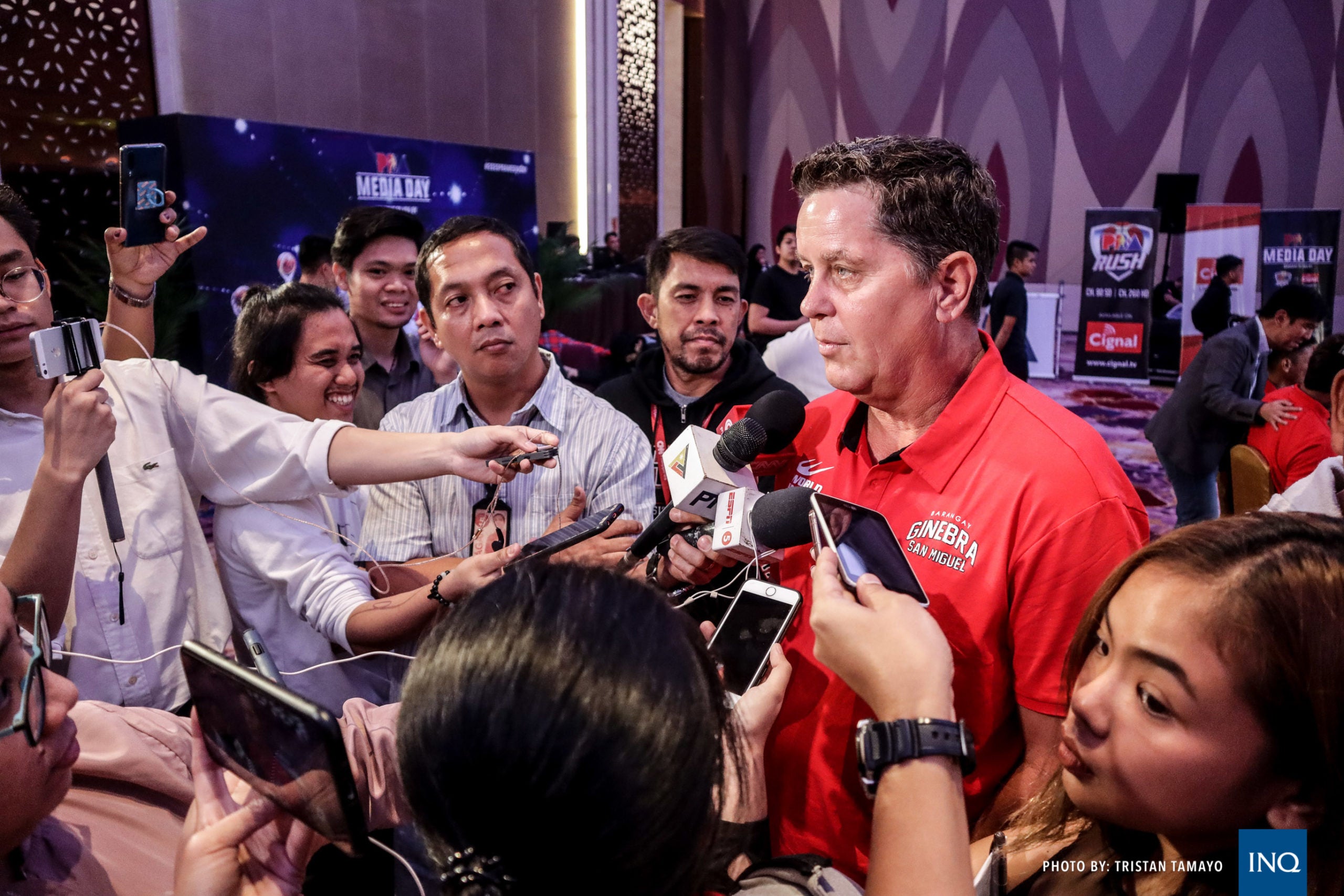 It won’t be long before Greg Slaughter and Calvin Abueva make their way back to the hard court. Poy Erram wishes he could do the same, only sooner.

Tim Cone said Slaughter had earlier told him that he plans to take a break for three to four months even as league commissioner Willie Marcial confirmed an Inquirer story that Abueva is close to having his suspension lifted with only “two more stages” left for the Phoenix forward to leap through.

“I don’t think [Slaughter] is out forever,” said Cone, the Ginebra coach coming off his league-best 22nd PBA title, during the PBA media day on Thursday at Okada. “I think he just really needs to take a mental break.”

“I do believe he’ll be back, I’m just not sure when,” Cone added. “We’re hoping any time soon. But at the end of the day we’re ready to play without him; hopefully he’ll be back in the second conference.”

Marcial, meanwhile, said Abueva had already completed the first stage of requirements needed for the lifting of his indefinite suspension, which was slapped on him in June last year for inappropriate court behavior.

“He’s done with the first stage and the second stage, which is split into two halves, will begin this week,” Marcial said in Filipino.

“He knew this since the start that he has to do this before he can get back,” added Marcial, who didn’t divulge the details of the requirements. “Calvin and I had an agreement that I won’t publicly say what he needs to do and it’s up to him if he wants to come out publicly with what we want him to do.”

“I told him that ‘I will protect you, but if you want to make it public then it’s up to you,” Marcial said. “Calvin is not just a player, I treat him as a friend because he’s really close to me.”

The Inquirer ran a story on Wednesday citing an unimpeachable source, who revealed that Abueva has to pass a personality test to make sure he won’t repeat his actions in the future.

Abueva was banned after directing lewd gestures at the direction of Ray Parks Jr.’s girlfriend during a game and for smacking the TNT import with a clothesline and then dancing on the scorer’s table provocatively after the hit.

Another league source confirmed the Inquirer report, specifying on Thursday that the personality test was “psychological” in nature.

Cone said if Slaughter still won’t re-sign with the Kings in time for the Philippine Cup that kicks off on March 8, he will make do with big men Japeth Aguilar, Prince Caperal, Raymond Aguilar and rookie Arvin Tolentino.

“He did communicate [his planned break] to me and I communicated that to the management after I heard about it. But after that, it’s out of my hands. It’s above my pay grade,” Cone said.

Things are also out of Erram’s hands. The NLEX starting center is still stranded in bet­ween teams as the trade that should have brought him to TNT is marooned at the commissioner’s office pending minor adjustments.

“For me, it’s really difficult because the season is about to start and I haven’t practiced that much because I’m on the trading block,” Erram said. “But as much as possible I still go to NLEX [practices] because not going would be unfair to my teammates.”

Erram hasn’t showed up in TNT practices yet “my contract is still with NLEX.” The Gilas Pilipinas standout even suited up for the Road Warriors during one tuneup game against San Miguel and suited up for NLEX’s friendly against Phoenix.