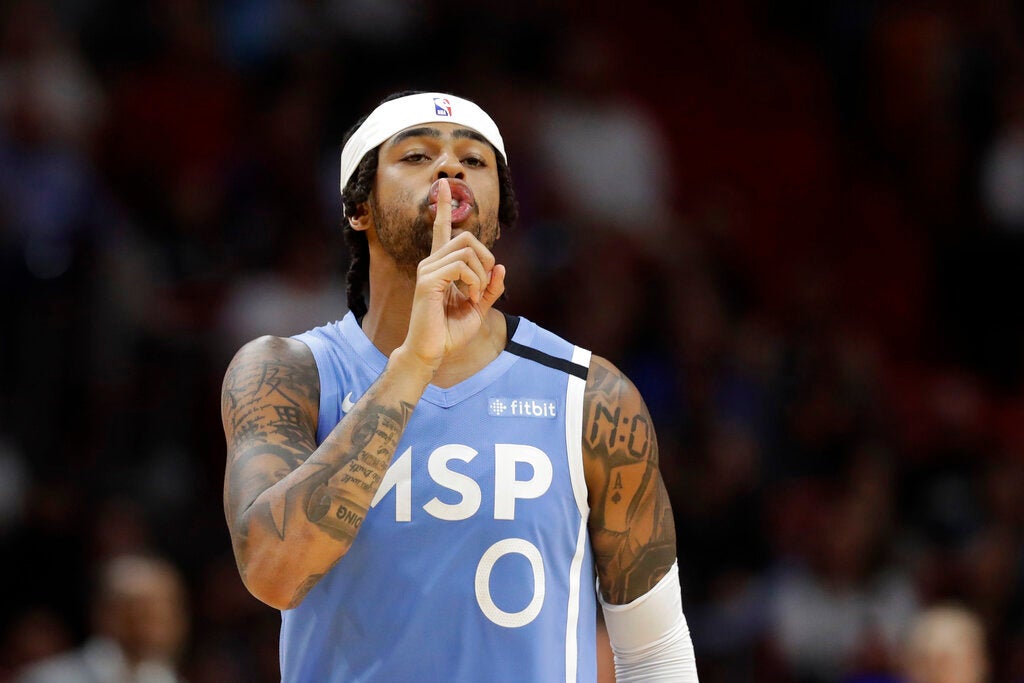 Minnesota Timberwolves guard D’Angelo Russell gestures to the crowd after scoring during the second half of the team’s NBA basketball game against the Miami Heat, Wednesday, Feb. 26, 2020, in Miami. (AP Photo/Wilfredo Lee)

Russell was held out Sunday at Denver for a planned rest. Though Russell did not play for Minnesota on Feb. 8 because of a quadriceps injury, two days after he was acquired in a trade, the NBA deemed Russell a healthy player under the policy that was designed in part to minimize star player absences from nationally televised games.

The Timberwolves issued a statement of acceptance of the punishment that also spelled out their case for an exception to the rule.

“While we respect the league’s guidelines and standards, we are a player-centric organization that’s focused on learning and optimizing our players’ bodies,” the team said. “As a new player in our program, we chose to rest D’Angelo in order to learn his body better and to optimize his health during a difficult stretch of games and travel.”