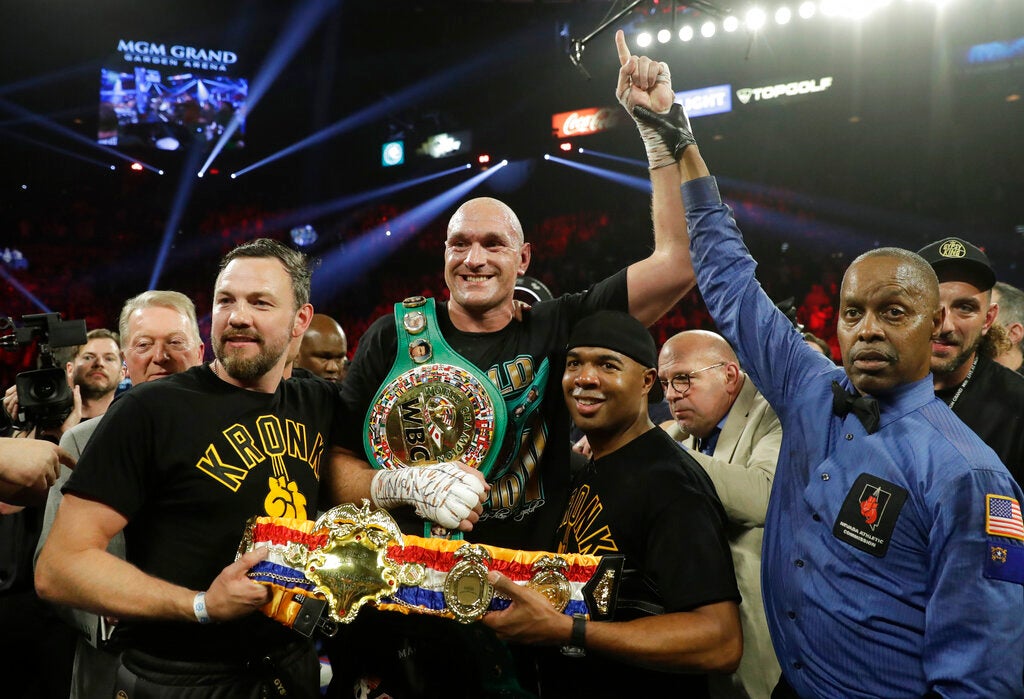 Tyson Fury’s promoter Frank Warren has urged Deontay Wilder to take a payment to waive his rights for another rematch with the WBC heavyweight champion.

Fury beat Wilder in Las Vegas at the weekend and Warren wants him to face WBA, IBF and WBO title holder Anthony Joshua in an all-British unification bout.

However, Wilder has a rematch clause and the American has said he will activate it to set up a third bout between the rivals.

Warren hopes Wilder, beaten for the first time in 44 professional fights, can be persuaded to ditch that agreement with the right financial offer.

“It would be expensive — but who knows? The only way you find it is if you try,” Warren told the Daily Telegraph.

Warren also laughed off Wilder’s claims that he only lost to Fury because he was exhausted after wearing a heavy costume in his pre-fight walk into the ring.

“He’s made some stupid statements, I think. I hoped he’d take the defeat as I think he should have done — with grace,” Warren said.

“All that nonsense about the (ring walk) costume (weighing him down) was garbage.”

If Warren can arrange a clash between Fury and Joshua, it has been reported that Saudi Arabia would be a potential venue.

Joshua reclaimed his belts from Andy Ruiz Jr in Saudi Arabia in December and Warren admitted money would be a major factor in deciding where to stage the fight.

“All I can say at our end is that if we can do it we’ll do it, for obvious reasons. I think Tyson will do a job on him.”