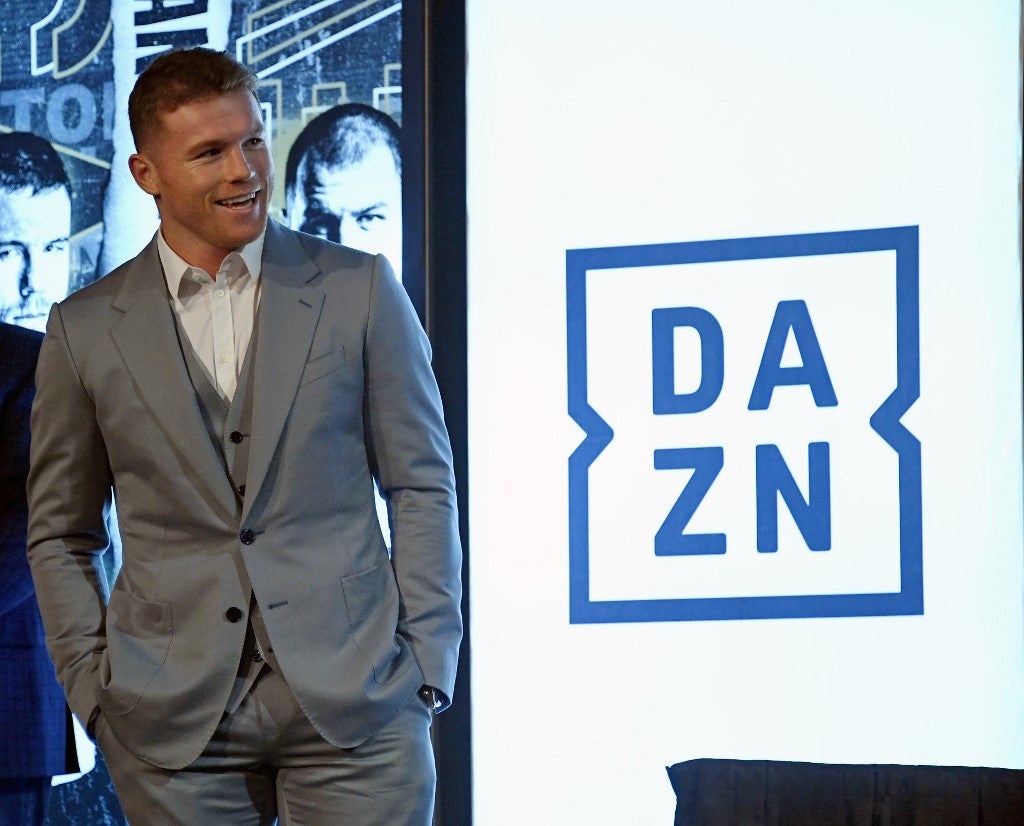 The London-based platform is already available in nine countries, including the United States, Japan and Canada, where it shows boxing and a lineup of other sports.

But it is to launch in the spring in more than 200 territories where it will concentrate solely on boxing, according to a statement published Monday.

The platform will rely on deals with promotion companies including Golden Boy — which boasts the star power of middleweight Mexican counterpuncher Canelo Alvarez.

It also has agreements with Matchroom Boxing USA, which has two-time unified heavyweight champion Anthony Joshua of Britain on its books, and GGG Promotions, owned by Kazakhstani ex-middleweight champ Gennady Golovkin.

The first fight available across DAZN’s markets on May 2 will feature Alvarez, a world champion in four different weight categories, against a yet-to-be announced opponent.

According to a source close to the project, the subscription price will be between $5 and $15 per month, depending on the market.

DAZN, which has about eight million subscribers, according to the source, has rights to the NFL in Canada and, in Germany, has just acquired Champions League football, beginning with the 2021-2022 season.

Regarded as one of the major growth drivers in streaming, live sports at an international level has faced two major pitfalls so far.

The first concerns streaming rights, which are usually sold country by country instead of globally.

The second is tied to the need for a platform that is technically capable of supporting millions of connections to a single live event.

Multiple platforms have already experienced failures during the football World Cup — notably the US televised sports giant ESPN and the BBC.