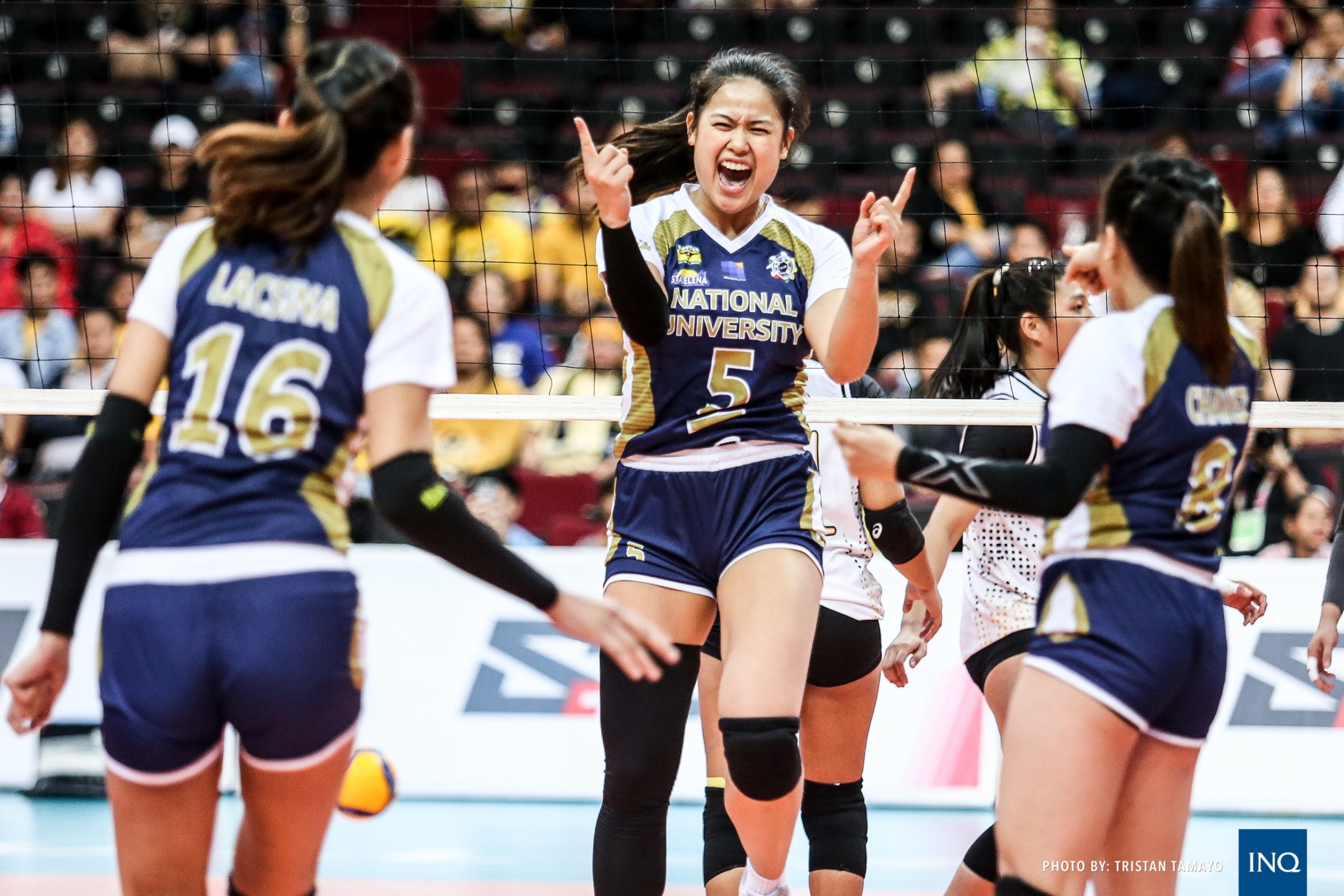 The Filipino-Japanese middle blocker played a big role in helping the Lady Bulldogs outlast University of Santo Tomas,  22-25, 25-23, 20-25, 25-20, 15-13, but she does more than just providing significant contributions on the court.

Sato, who had 17 points, said she doesn’t need to say much to keep her teammates in order but she’s also not shy to be the energizer the team needs.

“We just see eye to eye, and that’s it and they know how to control themselves,” said Sato in Filipino Wednesday at Mall of Asia Arena. “Also when they get nervous, I go to them and just tell them to be happy.”

NU head coach Norman Miguel said Sato’s Japanese upbringing was immediately felt in the team when she was made captain.

Sato’s mere presence alone and influence made the other Lady Bulldogs more disciplined.

“When we made Risa our captain, our jobs us coaches actually got easier because the players’ got more disciplined,” said Miguel in Filipino. “Risa being a Japanese player has influenced the team little by little.”

“We had a mop system in training and each player has her own rag in their back pockets so every time the taraflex floor gets they’d automatically wipe it off. That’s why we credit so much of the team’s changes to Risa,” added Miguel.

Sato, who was gone for a year due to academic reasons, said she was excited to be back on the floor and just be herself.

More of a backup player during her first years with NU during the Jaja Santiago era, Sato has been more vocal and also more of an offensive focal point.

“I was super excited earlier and I really couldn’t keep myself quiet, I was all over the place but once the game started I had to be the senior and guide my teammates,” said Sato.