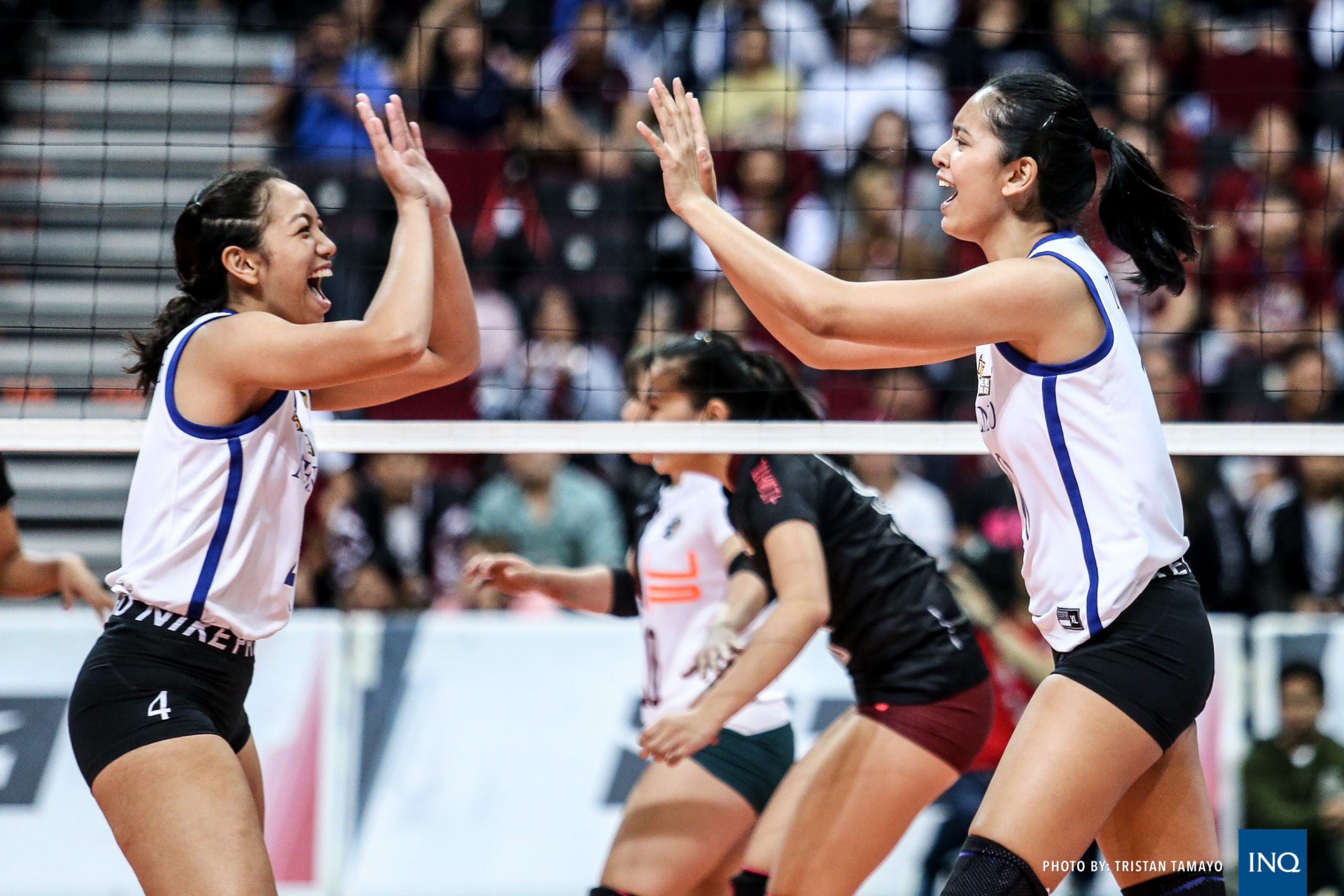 MANILA, Philippines—Ateneo started off its title defense with a rousing three-set sweep of University of the Philippines, 25-13, 25-17, 25-23, but senior Kat Tolentino said one win won’t reflect the team’s status as a whole.

Tolentino, who was uncertain at first on whether to return for her final year, said the win against the Fighting “was good” but that they shouldn’t be in any way feel content.

“It was a good first win but there’s still a lot that needs to be fixed. It’s just the start of the season so it doesn’t mean anything,” said Tolentino Wednesday at Mall of Asia Arena.

“We’re still trying to defend the crown and like coach [Oliver Almadro] said, just because we won last year doesn’t mean that it’s the same this year. So we’re going to continue working.”

The Lady Eagles nearly threw away their chance of a sweep when the Fighting Maroons came alive and mounted a third set comeback.

Ateneo had a comfortable 19-15 lead late in the frame when Isa Molde got into a groove, scoring two consecutive aces and a check ball to put UP within one, 20-19.

It then, became a virtual tit-for-tat until Ateneo found some breathing space following Tolentino’s block on Molde that gave the Lady Eagles a 24-21 cushion.

The third set then came to an anticlimactic finish with Rose Cailing’s serve going straight to the net.

“I was just telling them to finish it right, because we’re in the third set and it’s the last one,” said Tolentino, who had 15 points in the win. “I told them to not let up and to just finish it right there and there, basically show no mercy.”