Josafat erupts for 32, UE fends off UP for 1st win 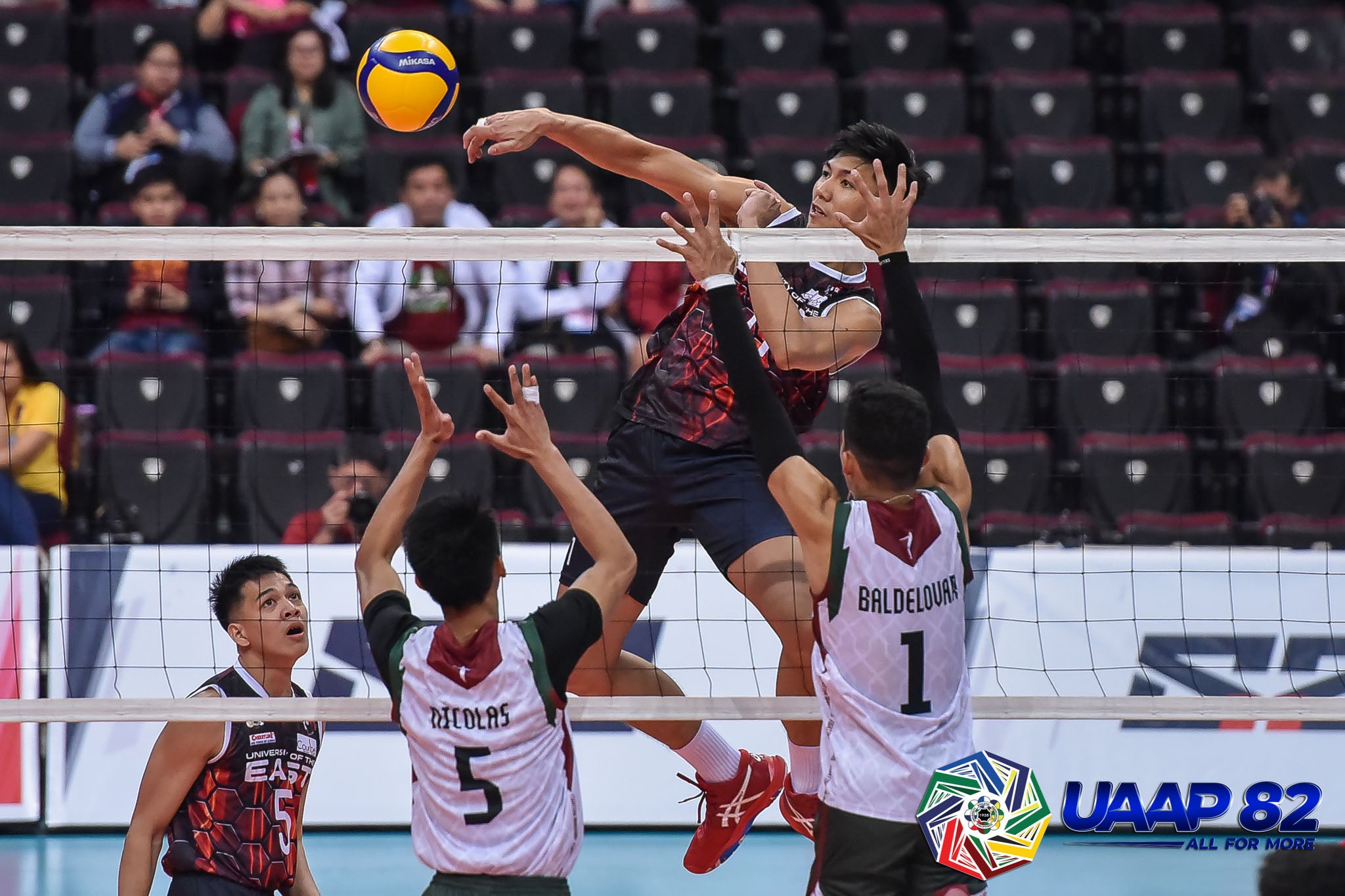 Lloyd Josafat lit up for 32 points to lead the Red Warriors to tie the Fighting Maroons at 1-1.

The Fighting Maroons nearly sent the match to a fifth set when they pushed their lead to 23-20 in the fourth but the Red Warriors regained their form and fought back.

UE head coach Jerome Guhit said he’s proud of his players for showing the determination and hunger to get wins and prove that they are a team to contend with in the UAAP.

“I’m really proud of them because everything we trained for came out in the game,” said Guhit in Filipino. “They’re really hungry to get those wins. They’re young and they really want to prove themselves.”

Josafat, though, wasn’t the lone offensive threat for UE with John Andaya and Kenneth Culabat putting up 15 and 14 points, respectively.

“Coming into this game I knew I had to play calmly because UP will try to intimidate and piss you off so I just told my teammates to play it cool, and go for one point at a time,” said Josafat in Filipino.

John Lomibao had 18 points to lead the Fighting Maroons while John Mark Millette and Louis Gamban added 12 and 11 points, respectively.