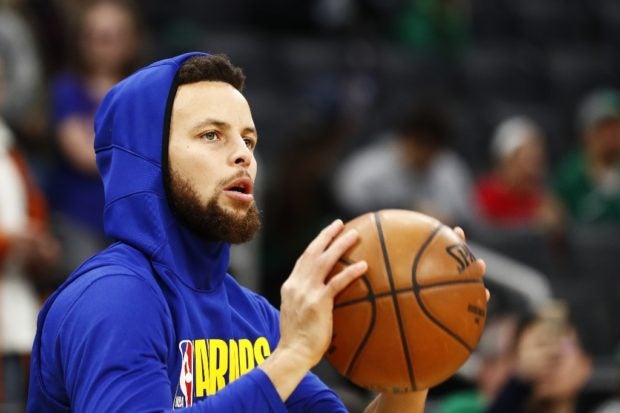 In this file photo Stephen Curry #30 of the Golden State Warriors warms up before the game against the Boston Celtics at TD Garden on January 30, 2020 in Boston, Massachusetts. – (Photo by Omar Rawlings / GETTY IMAGES NORTH AMERICA / AFP)

The Warriors added Curry had “no specific risk factors for COVID-19,” the coronavirus which has affected people in more than 60 countries and killed at least 16 in the United States.

“This morning Stephen Curry was diagnosed with influenza A by a positive viral testing …. He has the seasonal flu,” the team announced on Twitter.

“We have begun treatment for Stephen and instituted our team protocol for influenza exposure.”

The Warriors said Curry would miss Saturday’s NBA game against the Philadelphia 76ers because of illness. They did not say how long he would be out.

Curry was sidelined just two day after making his much-anticipated return from injury.

He returned on Thursday with a 23-point performance in the Warriors’ loss to the Toronto Raptors in a rematch of the NBA Finals.

The Warriors were also missing forward Draymond Green, who was sidelined a fifth straight game with a knee injury.