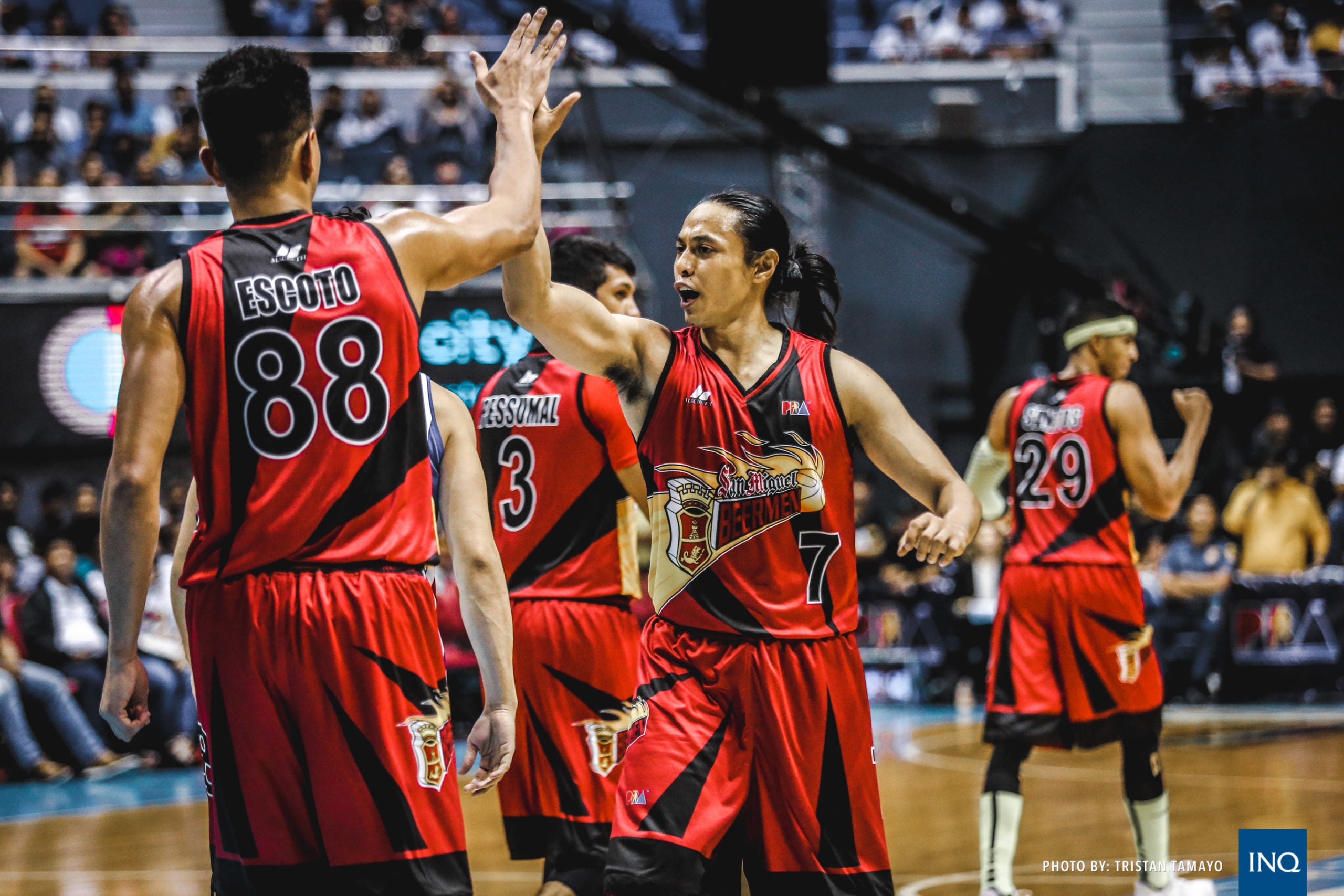 Five players led by Mo Tautuaa delivered double-digit outputs as the Beermen pummelled the Hotshots, 94-78, Sunday night at the start of the 2020 PBA Philippine Cup at Smart Araneta Coliseum.

Named Most Improved Player during the Leo Awards earlier, Tautuaa wound up with 21 points and 11 rebounds as the Beermen opened their bid for a sixth straight All-Filipino crown in style.

The 6-foot-10 Fajardo, who earlier received his sixth straight Most Valuable Player award, is sidelined by a shin fracture which could force him to miss the entire season.

“We still have a lot of things to fix and we can’t be complacent.”

Fajardo was on hand to watch the first half of the game, where the Beermen raced to a 7-0 lead.

With Terrence Romeo running the offense, San Miguel extended its advantage to 23 points only for Magnolia to pull within seven at 54-61 late in the third period.

Romeo combined with Tautuua and Arwind Santos in putting away the Hotshots in the final quarter.

“The spirit of June Mar inspired us,” said Austria. “Just because he was here, it helped the players. But then again this is a huge win for us, especially in boosting our confidence.”

“My players have a lot of pride and they know how to win,” said Austria. “So even without June Mar, we have a very motivated team.”

The Hotshots, who lost to the Beermen by a single point in Game 7 of last year’s finals, led briefly in the first period, 11-10. Paul Lee led Magnolia with 19 points, but he also had five turnovers. Jackson Corpuz, acquired in a trade with Columbian Dyip in the offseason, impressed in his Magnolia debut, finishing with 16 points and 13 rebounds.

But Magnolia shot just 38 percent from the floor and only made six triples, six less than the Beermen.