Every week, INQUIRER Sports will be ranking the seven best performers in the UAAP Season 82 women’s volleyball tournament. The author will base the rankings on the players’ team standings, statistics, and the intangibles that don’t appear on the stat sheets. MANILA, Philippines—It took a little bit of waiting but the UAAP Season 82 women’s volleyball tournament is officially in full swing.

And it was worth the wait.

National University emerged as the top dogs in the first week with a league-best 2-0 record, while De La Salle had a rousing debut to kick off its revenge tour.

University of Santo Tomas, defending champion Ateneo, Far Eastern University, and University of the Philippines are in a four-way tie for the third spot.

Adamson University sits in the seventh spot after losing its season opener while University of the East is at the bottom at 0-2.

With all teams able to get their feet wet, here are the seven players who made a good account of themselves to open the new season. 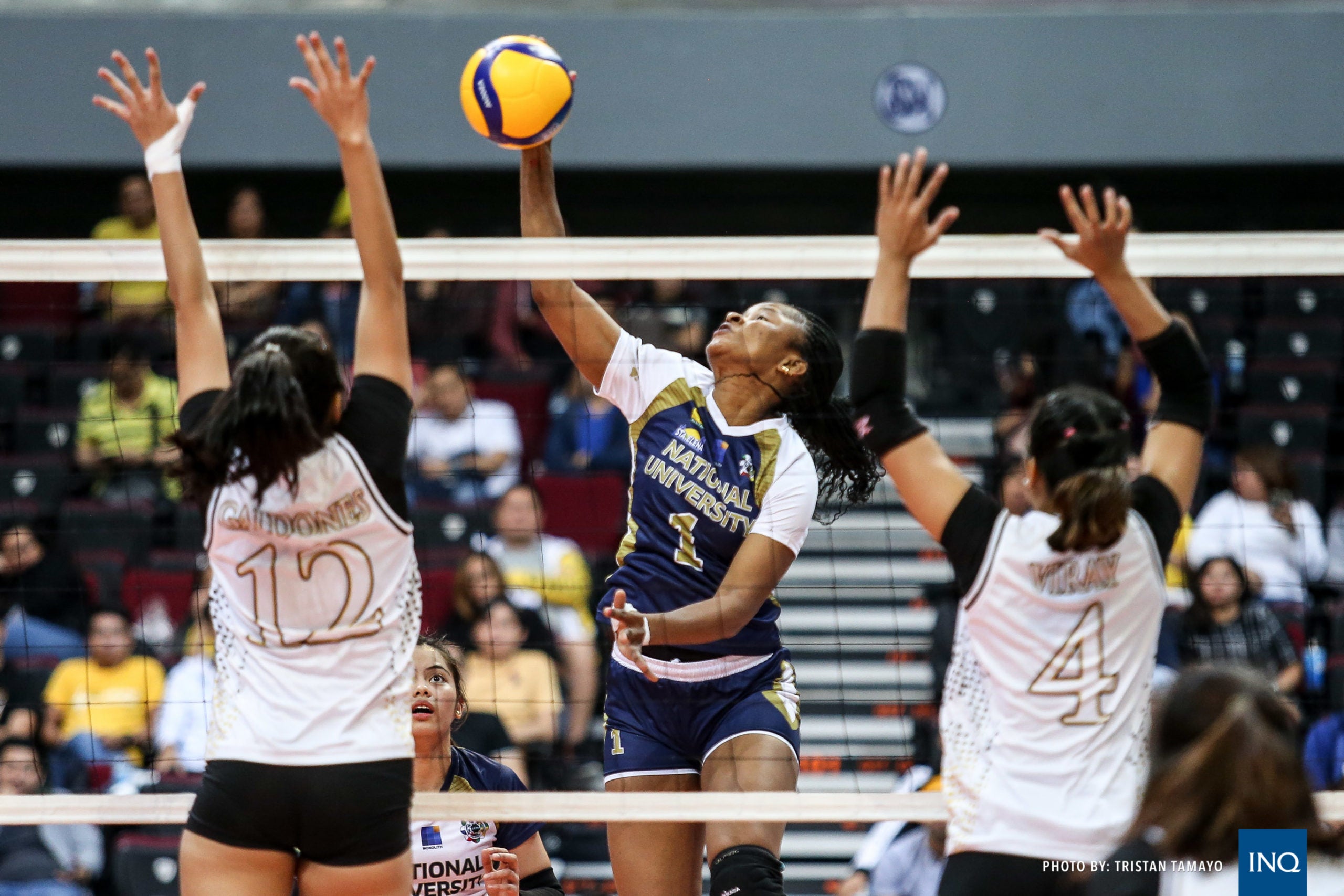 If the fans waited for weeks for the volleyball games to start, National University had to wait for years to see Margot Mutshima don its navy blue jersey.

That wait, however, didn’t fall in vain as the 6-foot-2 Mutshima quickly emerged as an offensive star for the Lady Bulldogs.

A former member of the Congolese under-18 national volleyball team, Mutshima flexed her might scoring an average of 18 points a game in NU’s first two matches of the season.

Her debut against last year’s losing finalist UST, saw her finish with 23 points. 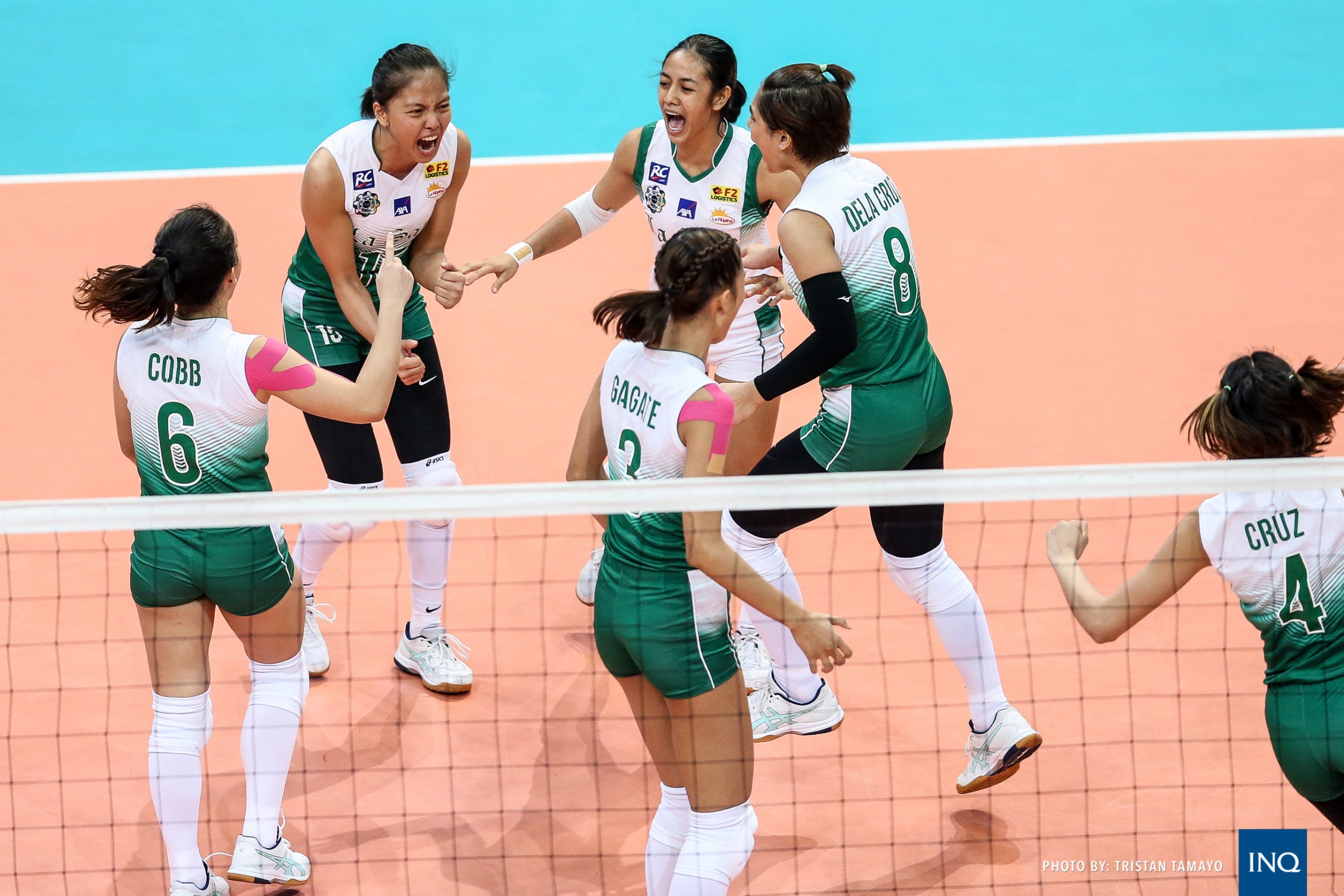 Tin Tiamzon has that star quality in her that is just waiting for its time to shine.

Her first years with De La Salle, however, had her playing behind the likes of Kianna Dy, Mary Joy Baron, and Desiree Cheng.

This year, though, is a different case with Tiamzon now in a starring role for the Lady Spikers. 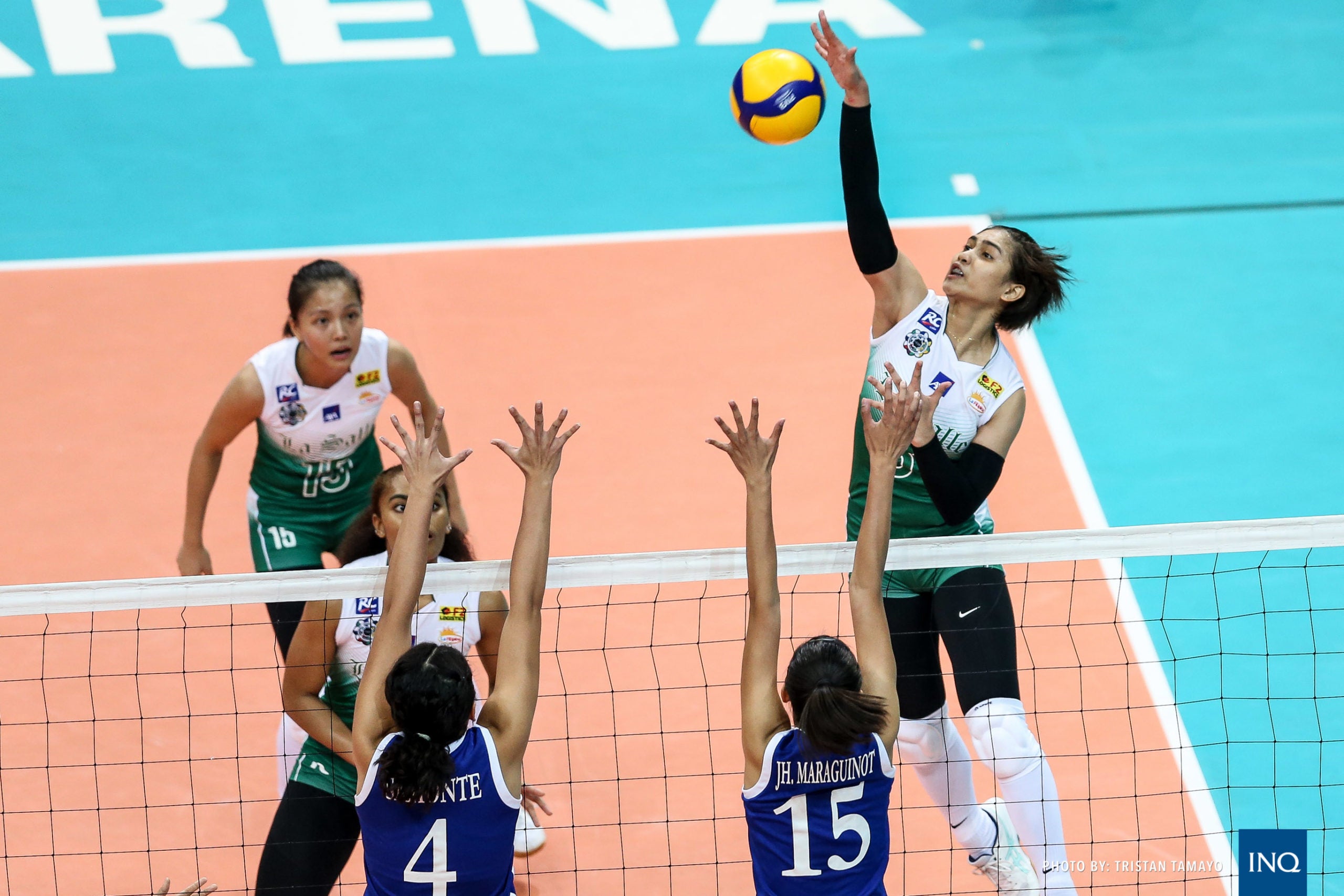 Tiamzon wasn’t the only Lady Spiker who thrived after being entrusted with a bigger responsibility.

Jolina dela Cruz proved she’s a superstar in the making after contending for last year’s Rookie of the Year plum.

And in the first game of her sophomore year, dela Cruz showed that she’s more than just being talented with her leadership also on full display along with her 13-point performance against the Lady Eagles. 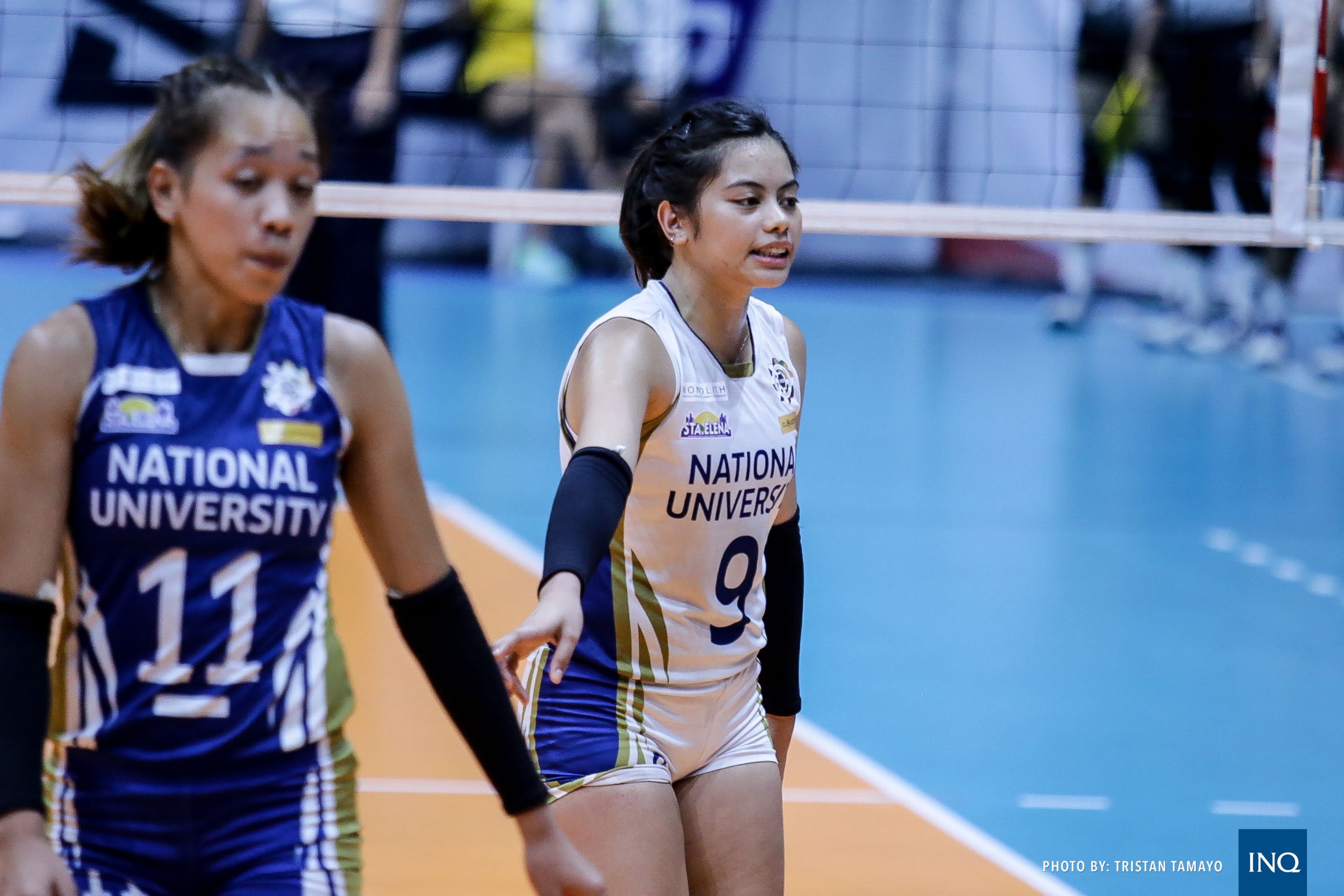 If Mutshima’s the one carrying out the aerial assault, Jennifer Nierva has the Lady Bulldogs’ defensive scheme covered.

There was no libero that had a better first week than Nierva.

Already a vocal presence despite her young age, Nierva easily commanded the floor with her game and also with her constant communication with her teammates.

Nierva followed up her marvelous performance against UST with another solid outing against the Lady Falcons with 11 excellent digs and 10 successful receptions in a 26-24, 25-14, 25-21 win. 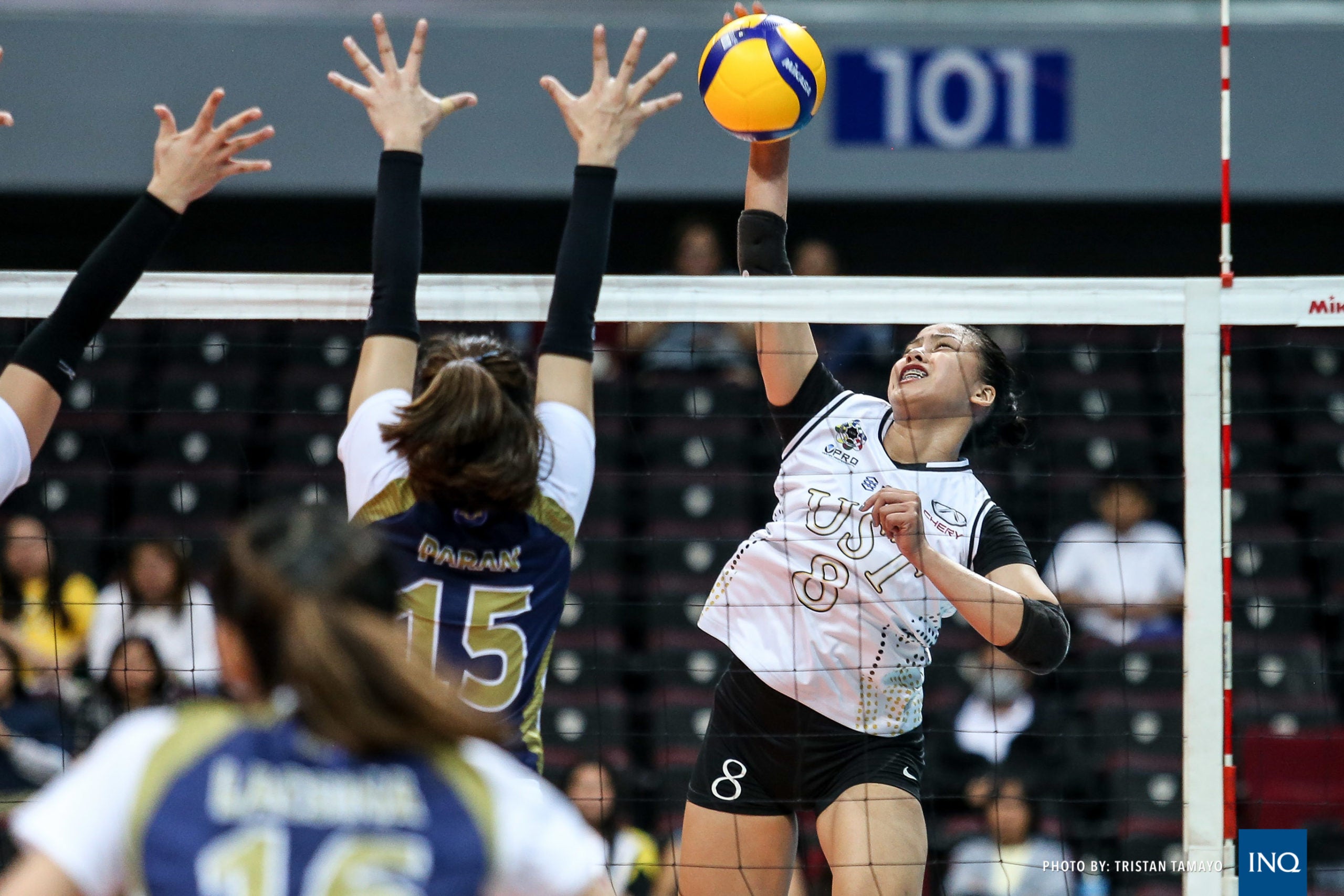 The sophomores this season are on a rapid rise.

Season 81’s Rookie of the Year Eya Laure was already an MVP candidate in 2019, only losing to teammate Cherry Rondina. This year, Laure has picked up where she left off.

Laure has blossomed into more of a commandeering presence for UST and although she’s now sharing the floor with older sister EJ, she’s still showing that the Golden Tigresses’ offense runs through her.

The younger Laure averaged 18 points a game in her first two games, validating her status as one of the league’s best scorers.

6. Isa Molde (University of the Philippines, outside spiker) 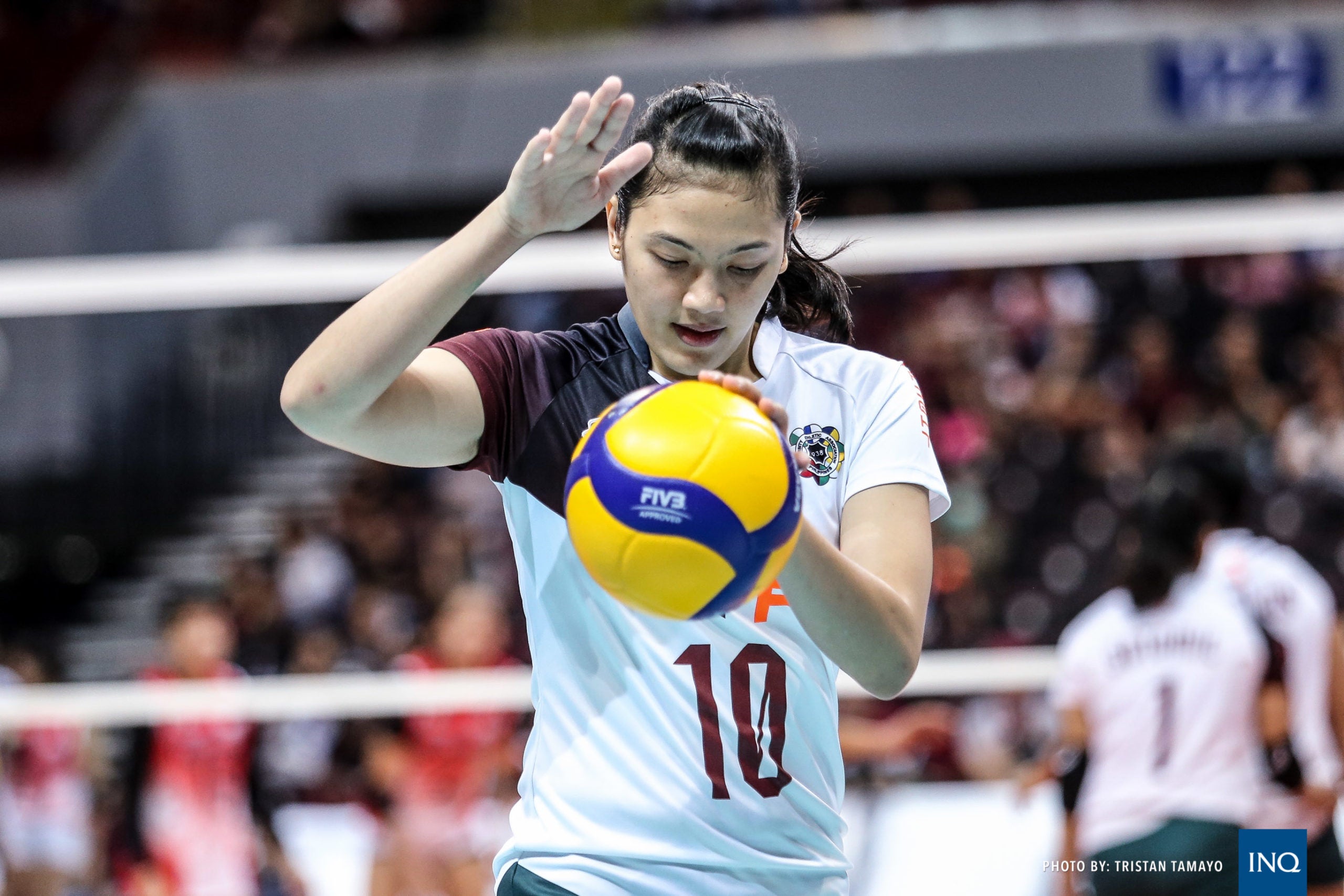 Isa Molde was uncertain whether she would return to UP for her fifth playing year. Molde eventually decided to come back and she made sure to let everyone know.

Molde wasn’t on her usual self in UP’s brutal three-set loss to Ateneo with just nine points.

UP’s whole performance against Ateneo was so dismal that head coach Godfrey Okumu described it as just “10 percent” of his team’s true capabilities.

Coming off a single-digit output, Molde redeemed herself with 24 points to record the highest scoring output for a single game this week. 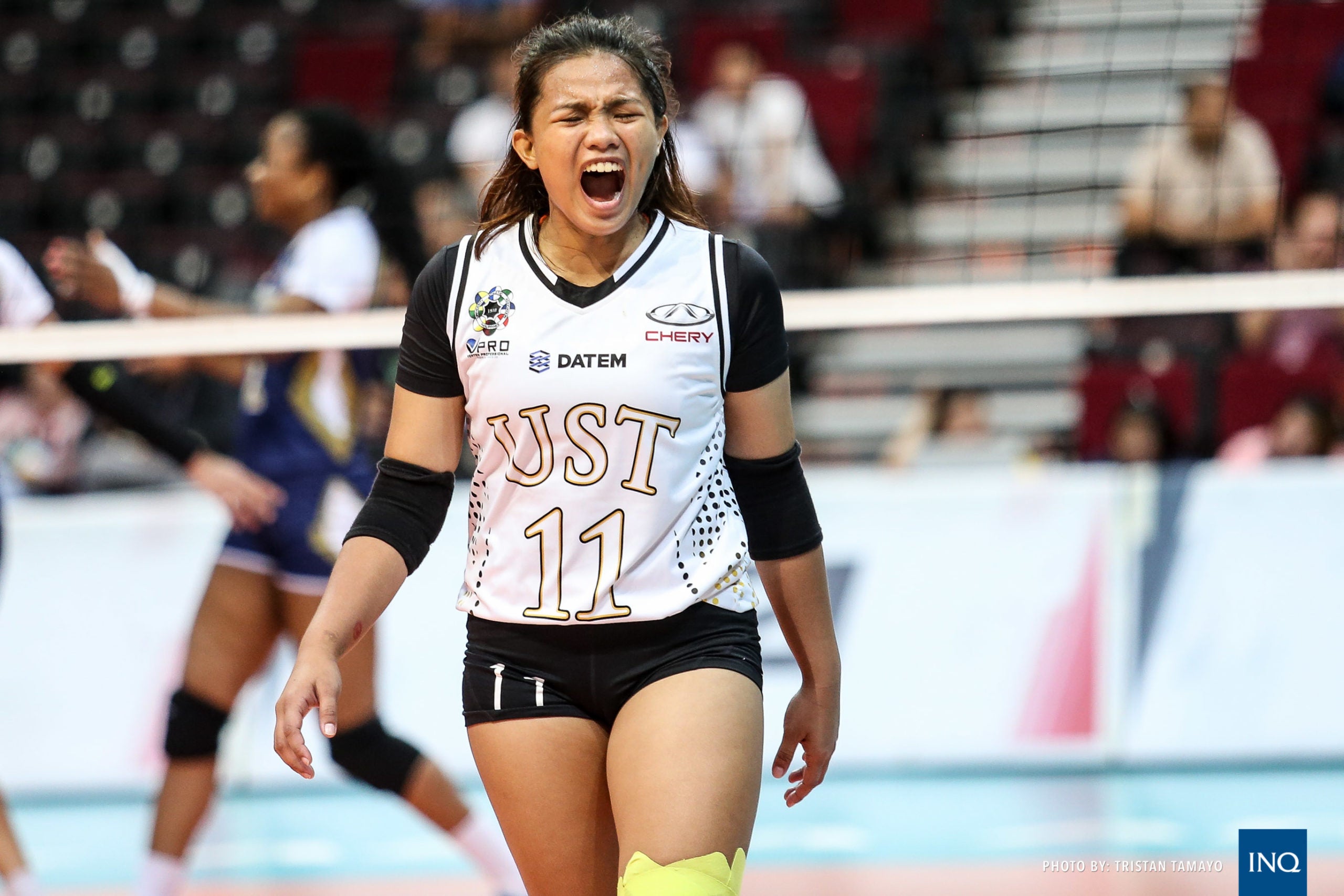 Alina Bicar struggled mightily in the first part of Season 81 when she was relegated as backup setter to Mafe Galanze.

Bicar ultimately became the first-choice setter for the Golden Tigresses and she’s carried that momentum into Season 82 not only as her team’s chief playmaker but also as captain.

In charge of a team that includes sisters EJ and Eya, returning Tin Francisco, rookie Imee Hernandez, and beach volleyball MVP Babylove Barbon, Bicar has shown why she was chosen to be the Golden Tigresses’ leader.

Leading by example, the veteran Bicar wasn’t on top of her game when she had 17 excellent sets in 109 attempts in a loss to NU but she bounced back with a much more efficient performance, producing 16 excellent sets in 59 tries against Adamson.