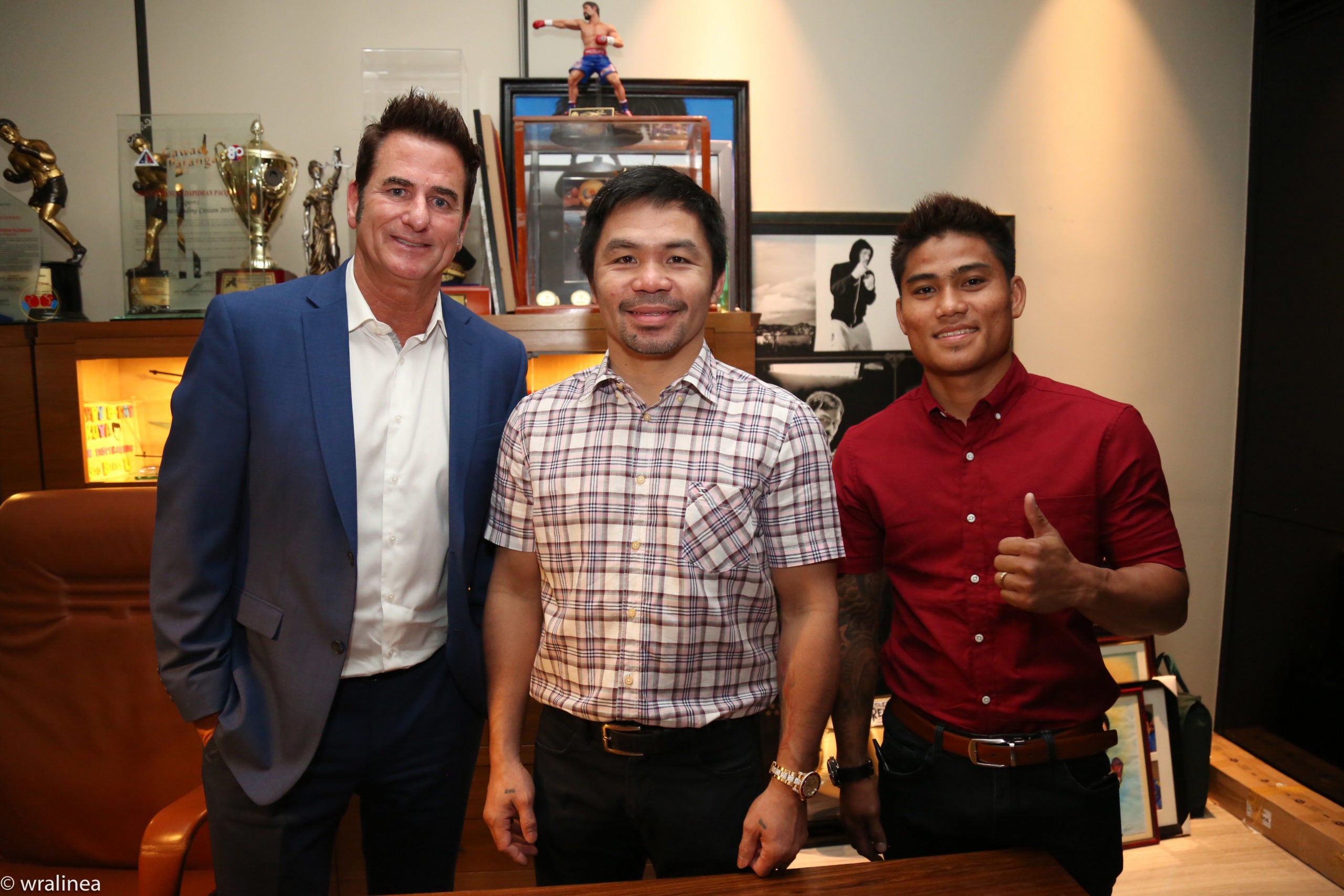 MANILA, Philippines—Featherweight prospect Mark Magsayo went from looking up to boxing legend Manny Pacquiao to being taken under his wing.

Magsayo on Tuesday was signed up by Manny Pacquiao’s MP Promotions to a promotional contract in partnership with TGB Promotions, a move which aims to showcase the unbeaten Filipino in the US under Al Haymon’s Premier Boxing Champions (PBC).

“I would want to thank Senator Manny Pacquiao from the bottom of my heart and MPP President Sean Gibbons for this opportunity to box under MP Promotions
banner,” said Magsayo, who was with his wife Frances in the simple signing rites at Pacquiao’s residence in Makati.

“I want to thank the senator for helping me and all the Filipino boxers, for changing our lives and helping us. I am more inspired to fight now especially since Senator Manny Pacquiao is my Idol. I look up to him a lot. I started boxing because of him. I will not waste the opportunity and will do my best to fulfill my dreams,” added Magsayo.

The respect is definitely mutual between Magsayo and Pacquiao, who, likewise, expressed his excitement with what lies ahead for his newly-acquired fighter.

“I am thrilled to sign undefeated world-rated contender Mark ‘Magnifico’ Magsayo. I have watched Mark develop here in the Philippines as a fighter,” said Pacquiao, boxing’s only eight-division champion.

“He reminds me of myself, how we both struggled to come from nothing to world-rated contender. I love his work ethic and desire to become a world champion and I will do everything to help promote Mark and make his dreams a reality,” added Pacquiao, the reigning WBA welterweight champion.

Magsayo owns an impressive record of 20-0 with 14 knockouts, but hasn’t gotten much exposure for the past several years, having fought in the US only once since 2016 when he beat Ramiro Robles of Mexico in Carson, California.

“We have been watching Mark for a few years now,” said Gibbons, recalling how Magsayo “bounced around and his career was put on hold for various reasons.”

“But he is home now with MP Promotions and we are thrilled for Mark and his wife Frances that they signed with us. We look forward to making Mark’s dreams of fighting in the US again and
becoming a world champion come true,” added Gibbons.