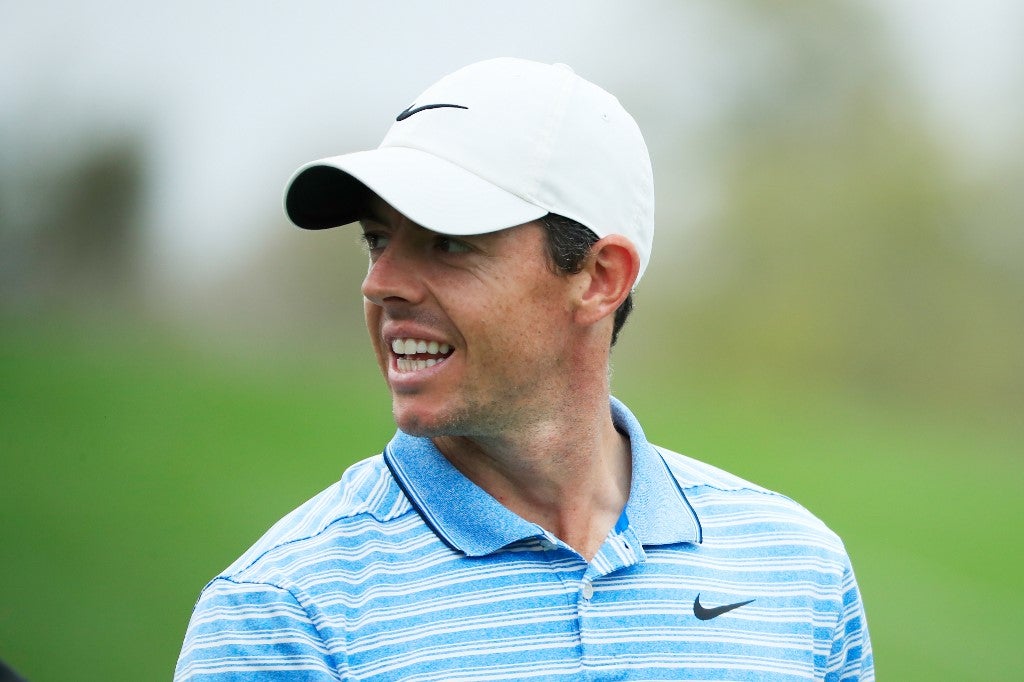 Rory McIlroy of Northern Ireland looks on during a practice round prior to The PLAYERS Championship on The Stadium Course at TPC Sawgrass on March 10, 2020 in Ponte Vedra Beach, Florida. Cliff Hawkins/Getty Images/AFP

Rory McIlroy has his eye on a piece of PGA Tour history this week as he targets a successful defense of The Players Championship.

The world number one arrives at Ponte Vedra Beach, Florida aiming to become the first player to go back-to-back at TPC Sawgrass.

“I don’t think you ever need an extra motivation when you come to this golf tournament, but to be the first one to defend here would be very cool,” McIlroy told reporters on Tuesday.

McIlroy will tee off on Thursday after an encouraging start to the season that has seen him post five top-five finishes in six starts.

He was in the hunt for victory at last weekend’s Arnold Palmer Invitational but slid out of contention after two double-bogeys on the final round.

Nevertheless, the Northern Irishman sees similarities between his start to this season and last year, when he bagged the first of four wins in 2019 at The Players after a run of consistent performances.

“It’s nice to be back,” McIlroy said. “A lot of similarities between this year and last year in terms of how I’ve played the first few events of the year, given myself some chances, haven’t quite been able to capitalize, and yeah, obviously would be wonderful to replicate what happened last year.”

Webb Simpson, the 2018 Players Champion, will not be surprised if McIlroy ends up walking away with the $2.7 million winner’s cheque this weekend.

“His bad play and bad stretches is better than most every guy out here. And when he’s playing his best, he’s hard to beat.

“He’s already created the opinion that he’s going to go down as one of the great players ever in golf, which is great for him, great for us, great for our Tour. He’s one of those guys that you expect to be in contention every week.”

This week’s tournament — often described as golf’s fifth unofficial major — is taking place against the backdrop of the coronavirus crisis that has decimated the global sporting landscape.

PGA Tour commissioner Jay Monahan said the tour had set up a task force of officials who were monitoring the outbreak on a day-to-day basis.

“I think it goes without saying that the health, safety, wellbeing of our players, our fans, our tournaments, everybody that’s involved in our ecosystem is of utmost importance,” Monahan said.