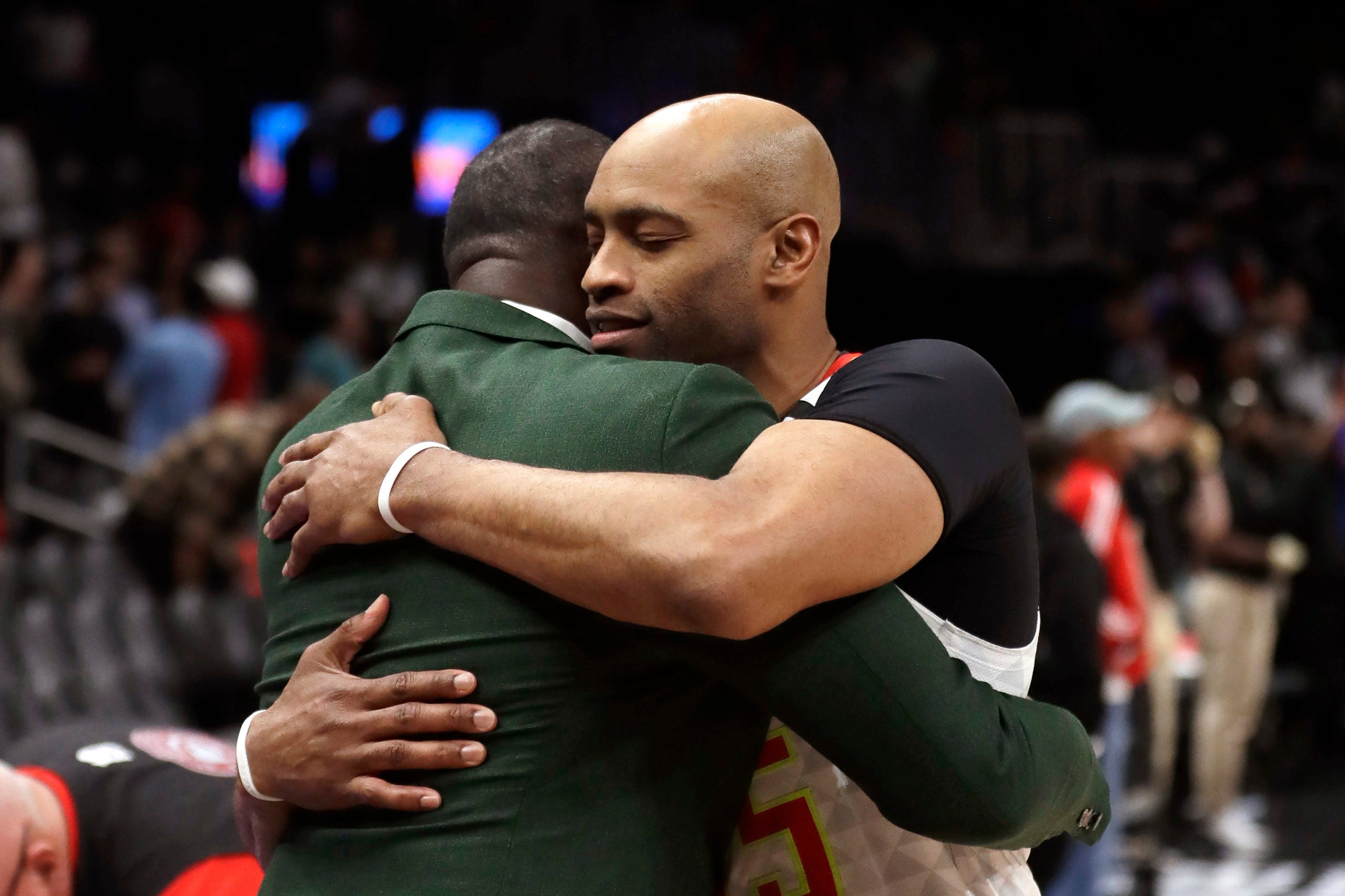 Yet it still strange to consider, that he might not get the final month of his long, brilliant career.

In one of the last games before the NBA suspended the season because of the coronavirus — and with no indication when it might resume — Carter came off the bench for the Atlanta Hawks in the closing seconds to sink an uncontested 3-pointer that finished off a 136-131 overtime loss to the New York Knicks on Wednesday night.

For a 43-year-old player in the final season of a record 22-year career, the significance of the moment was both “weird” and a bit overwhelming.

Carter dabbed at his eyes, struggling to contain his emotions.

“If it ended today, this is something I’ll always remember,” he said. “At least I made my last basket.”

Julius Randle scored 33 points, RJ Barrett added 26 and the Knicks held on in overtime after Trae Young led a furious comeback in the fourth quarter.

Afterward, though, no one was talking about the wild finish to a a game between two of the worst teams in the East.

“I couldn’t care less about the game,” Young said. “The safety of everyone is the most important thing.”

Young’s heroics came about the time word began circulating that the NBA was halting the season until further notice after Utah’s Rudy Gobert fell ill.

For the Knicks, that was especially sobering news — they played the Jazz just a week ago.

Dr. Lisa Callahan met with the players to address their concerns.

“You think about it,” said New York’s Wayne Ellington, the only Knicks player to address the media after the game. “Dr. Callahan, our team doctor, has notified us that as long as you’re not feeling any symptoms, you don’t feel any type of way, the symptoms that come with it, then you’re fine.”

Knowing the season was about to be halted, Young scored 27 of his 42 points in the final period of regulation to extend it a little bit longer. The game went to overtime tied at 118 after the Hawks trailed by as many as 23.

It was second straight overtime game for the Hawks, who defeated Charlotte in double-overtime two days earlier.

New York never trailed in this one, finally finishing off the Hawks after Elfrid Payton picked off Young’s pass and lobbed to Mitchell Robinson for a thunderous dunk that made it 130-124 with 1:24 remaining.

Young was essentially a one-man show through the closing minutes of regulation. He hit nothing but net after launching a 3-pointer from the center-court logo. Then, after Randle missed badly on a fadeaway that could’ve sealed a victory for New York, Young drove the length of the court and banked one in from high off the board to tie the game at 118 with 15.3 seconds left.

It was the first time it had been even since 2-2.

The Knicks had a chance to win it, isolating Elfrid Payton for the final shot. But Cam Reddish knocked the ball away as Payton darted into the lane, the ball rolling harmlessly away at the horn sounded.

After managing just 13 points through the first three quarters, Young dominated the fourth. He knocked down 7 of 9 shots — including four 3-pointers — and connected on 9 of 10 at the foul line. For good measure, he doled out four assists.

The crowd sensed this will be the last basketball they see for a while and perhaps until next season. As the final seconds ticked down, the fans began to chant “We want Vince!”

During a timeout, Carter was able to get back in the game. With the victory secured, the Knicks backed off to let him take the trey.

Afterward, Carter lingered on the court while the crowd chanted, “Thank you Vince!”

“A weird way to say you’re calling it a career,” Carter said. “In my mind, I have 15 games of eligibility remaining. If not, I’m at one with it.”