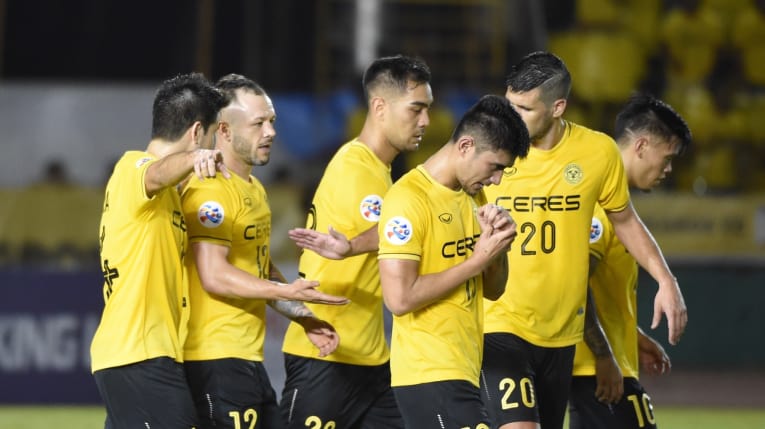 The Asian Football Confederation on Wednesday decided to suspend matches in the AFC Cup, the second-tier club competition where Philippine clubs Ceres-Negros and Kaya Iloilo are both in contention.

Both Ceres and Kaya lead their respective groups after the first round of matches. The Busmen were supposed to meet Bali United in Bali, Indonesia on April 14, while Kaya was slated to play another Indonesian club,
PSM Makassar, on April 15 at Rizal Memorial Stadium.

“Following the imposition of further preventive measures and travel restrictions by several national governments due to the current COVID-19 pandemic, the Asian Football Confederation (AFC) has decided to postpone all AFC Cup 2020 matches until further notice,” the AFC said in a statement from its base in Kuala Lumpur, Malaysia.

“The AFC had earlier postponed all AFC Cup West Zone Group Stage matches and the latest decision applies to all matches in March and April across the five AFC zones.”

Ceres, which ruled the Asean zone in 2017 and also made the finals the following year, has seven points from three matches in Group G after wins over Svay Rieng of Cambodia and Bali. The Busmen dropped points against Vietnamese side Thanh Quang Ninh after they were held to a 2-2 draw.

Kaya is also unbeaten, but has dropped four points after stalemates against Tampines Rovers and PSM. The Iloilo side’s only win so far came against Shan United, 2-0, in Yangon.