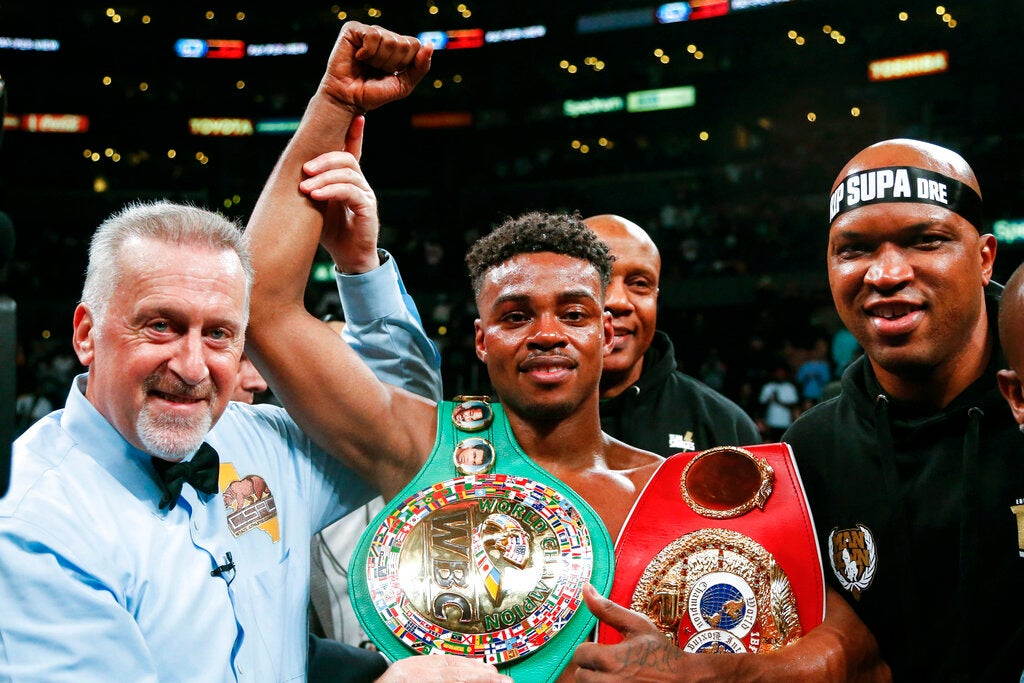 Fight fans have been licking their chops in anticipation of a potential showdown between undefeated welterweights Errol Spence Jr. and Terence Crawford.

The long wait may be over soon after Spence set a timetable as early as before the year ends.

“[That fight can happen] whenever, this year or next. We are going to fight. If we do not fight this year, it will definitely be next year,” Spence told FightHype.com.

The 30-year-old Spence edged Shawn Porter to unify the IBF and WBC titles.

Spence (26-0, with 21 knockouts) was scheduled to fight Danny Garcia next in January 2020 but the plan got derailed after he got into a drunk-driving car crash a month after his split decision victory over Porter.

Crawford (36-0, 27 KOs), on the other hand, scored a ninth round stoppage of Lithuania’s Egidijus Kavaliauskas to retain the WBO belt last December at Madison Square Garden in New York.

Aside from the possible clash with Crawford, Spence has also been rumored for a megafight with WBA (Super) champion Manny Pacquiao.

Read Next
Norwegians: Olympics must wait until virus ‘under control’
EDITORS' PICK
House energy committee chair Arroyo bats for cheap electricity
WHO says monkeypox is not yet a health emergency
Guarding Sara: Why next VP is getting own security team
Metro Manila logged most number of new COVID-19 cases — OCTA Research
Beyond the Chocolate Hills: A farm-to-table, heritage culinary adventure of Bohol
A massive highway complex makes living in the South highly attractive
MOST READ
Leon Barretto steps up for sisters, asks dad Dennis Padilla: ‘Please stop resorting to public shaming’
LOOK: Rita Daniela pregnant with first child
Bea Alonzo, under lie detector test, says she wants prenup agreement with future husband
Marjorie Barretto to speak up on Dennis Padilla, kids’ relationship ‘in time’
Don't miss out on the latest news and information.