For Japan’s Abe, Olympic delay may be no sweat 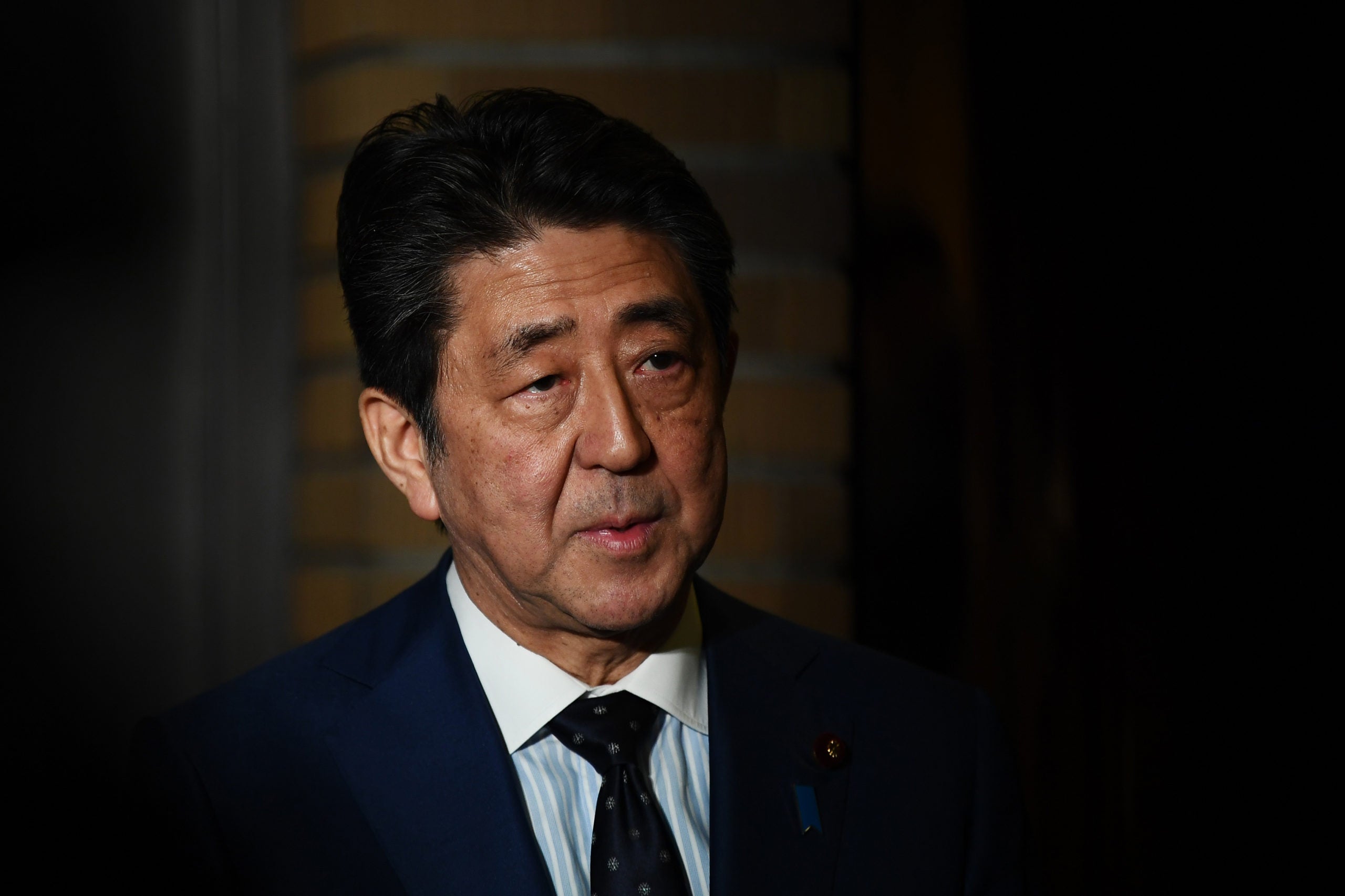 Japan’s Prime Minister Shinzo Abe speaks to the press in front of the prime minister’s residence in Tokyo on March 24, 2020. – Japan has asked for a one-year postponement of the Tokyo 2020 Games over the global coronavirus pandemic, and the International Olympic Committee has agreed, the country’s prime minister said on March 24. (Photo by CHARLY TRIBALLEAU / POOL / AFP)

In 2016, Japan’s Prime Minister Shinzo Abe broke with his staid public image to pop up in Rio dressed as Super Mario for the official handover of the Olympic Games to Tokyo.

The stunt reflected his commitment to an event that was supposed to be the crowning glory of his tenure. But analysts say the historic delay of the Games over the coronavirus may not be all bad news for Abe.

If the country’s longest-serving premier can see off the twin threats of a larger-scale outbreak of the virus in Japan and a major economic crisis caused by the pandemic, he could even end up extending his tenure, due to expire in September 2021, experts say.

Abe has bet heavily on Japan hosting the Games, casting them as a chance to showcase recovery after the 2011 earthquake, tsunami and Fukushima nuclear disaster, and delaying them would once have been seen as an “unthinkable political defeat”, said Tobias Harris, senior vice president at consultancy Teneo.

But the rapidly expanding coronavirus epidemic has changed the political calculus, making holding the Games a greater risk than putting it off for now, he said.

The delay “removes a significant source of uncertainty for the administration and could give a bump to Prime Minister Shinzo Abe’s approval ratings, since large majorities support delaying the games,” Harris said.

Japan has so far been something of an outlier in the pandemic, recording around 1,300 cases and 45 deaths, far fewer than in many countries around the world.

If the outbreak can be contained, Abe may find himself with enough support to continue his tenure past September 2021, said Tetsuro Kato, professor emeritus of Hitotsubashi University in Tokyo.

“It’s possible that members of his Liberal Democratic Party argue for a further extension of his term,” Kato said.

Abe’s government enjoys stable public support, hovering around 50 percent in approval rating polls, and the prime minister has benefitted from a dearth of viable alternatives both within his ruling party and the fragmented opposition.

A series of corruption scandals, the stumbling economy and unpopular legislation have at no time seriously threatened his government.

“In this case, the pandemic could even shift the public’s attention” away from his administration’s shortcomings, Kato said.

Perhaps more problematic for Abe is the expected economic downturn from the global pandemic. Analysts say the postponement of the Olympics is unlikely to result in a major lasting economic hit, with benefits simply delayed rather than lost altogether.

But the country’s economy was already struggling before the pandemic began, with the prime minister’s signature “Abenomics” strategy failing to boost sluggish growth.

Tourism had come under pressure from a spat with South Korea, and domestic consumption has been hit by a sales tax hike imposed last year despite fears it could send the country into a recession.

The government has unveiled two emergency economic packages already and is expected to offer fresh stimulus in the coming weeks.

The economy, rather than the delay of the Olympics, is now the main pressure point on Abe, said Robert Dujarric, director of the Institute of Contemporary Asian Studies at Temple University’s Tokyo campus.

“I think that when we look at the post-mortem of COVID-19, the Olympics will be a minor footnote,” he said.

Analysts said the other potential threat for Abe is that Japan’s currently small-scale outbreak gradually expands, with the government already facing some criticism over its relatively hands-off approach to the pandemic.

Japan has not yet imposed the sort of lockdowns seen elsewhere in the world, and moved much slower than many other countries to impose travel restrictions on visitors.

Officials argue they have carefully tracked the outbreak, and that measures including school closures have helped contain the virus so far.

But Tokyo’s governor warned this week that cases were increasing in the capital, urging people to avoid unnecessary outings this weekend.

“As opinion polls show, he (Abe) has strength left in him. But this will all change once a severe pandemic hits Japan,” Kato said.

If Abe can ride out the pandemic and economic downturn though, even a delayed Olympics could be the sort of glittering final act he hoped for, said Harris.

“A postponed games could not only be just as significant economically but could also be an important symbolic victory for the prime minister, since convening the games would be a milestone for global recovery from the pandemic.”