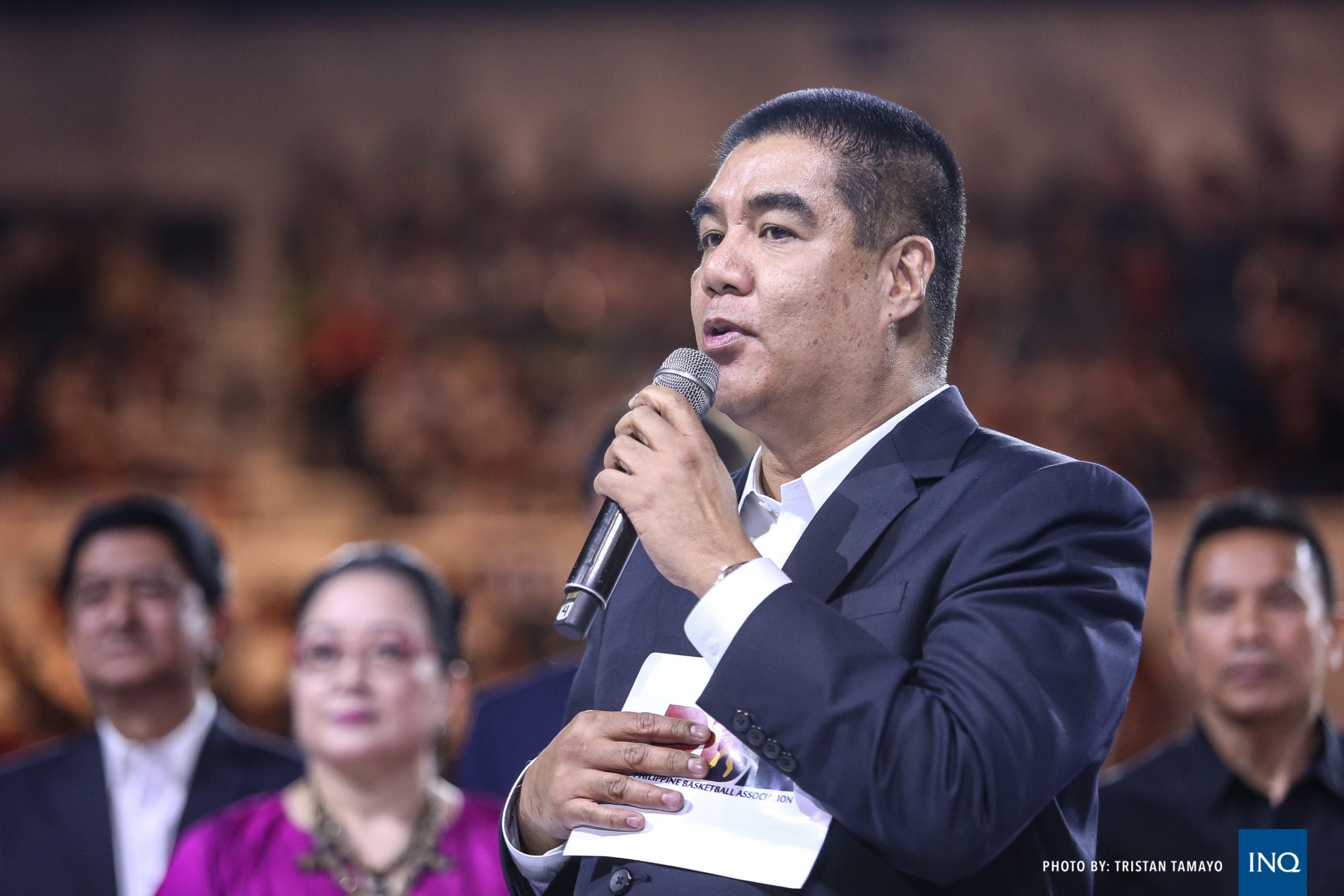 Del Rosario passed away due to cardiac arrest. He was 80.

PBA Commissioner Willie Marcial paid his respects to the once Alaska assistant coach and the architect of University of Santo Tomas’ 4-peat in the UAAP during the 1990s.

“All of us in the PBA would remember coach Aric as intense in the game but a very kind person off of it,” said Marcial in the league’s official website. “I’d like to extend my deepest sympathy and condolences to his family.”

Del Rosario wasn’t just Tim Cone’s assistant coach with Alaska in the 1990s but was also his mentor and together the duo led the franchise to its first title in 1991 then to the 1996 Grand Slam.

It was in the collegiate circuit, however, that del Rosario became immortal when he led University of Santo Tomas to four straight titles from 1993 to 1996.

Barangay Ginebra Alfrancis Chua may not have been a Glowing Goldie during the 4-peat run, but it was his “tatay Aric” who brought him over to UST in the 1980s.

“There were two of us, Gido Babilonia and I, whom he brought from Letran to UST, he’s a very passionate coach but also a very kind person,” said Chua in Filipino. “He’s like a father to us because he treated us like his own children.”

“He would use his own money just to buy us, players, some food. He’d even get money from his own pocket to pay for our team-building sessions,” added Chua.

In the early 2010s, del Rosario returned to collegiate basketball and became the head coach of the title-contending University of Perpetual Help Altas.

“Philippine basketball lost a great one. RIP Coach Aric,” tweeted Alapag. “Thank you for all the guidance and advice [you gave me] as a young pro in the PBA. We’ll miss the big hug you’d give me every time we would see each other. My thoughts and prayers go out to the del Rosario family.”

Current Alaska head coach Jeffrey Cariaso played under del Rosario during his younger years and he also paid respect to his coach.

“RIP Coach Aric. Thank you for everything,” posted Cariaso on Instagram with his fellow Alaska alumni.