Carmelo tells story of LeBron saving him from drowning 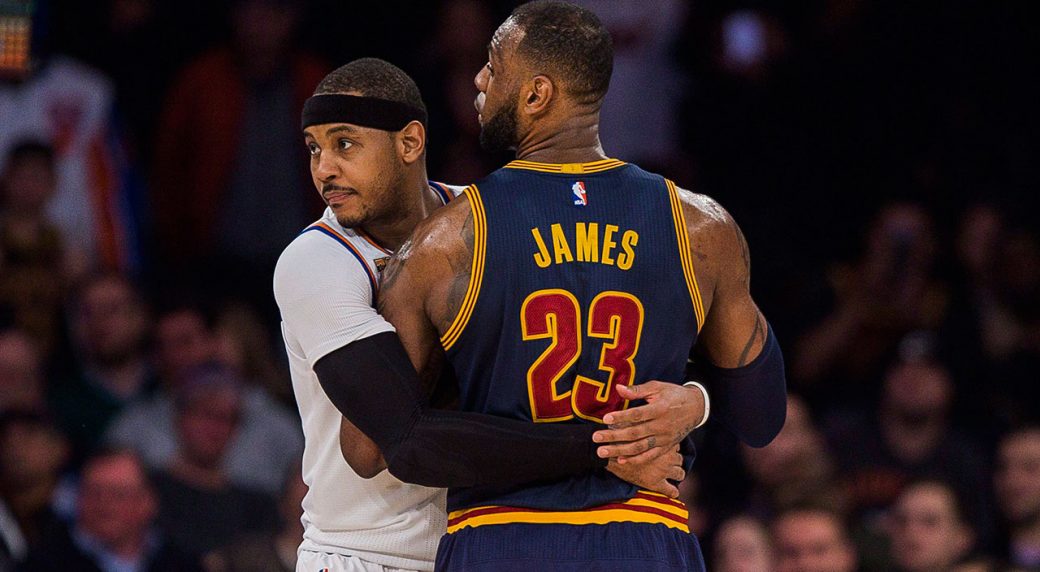 LeBron James is currently leading the NBA in assists this season and has over 9,000 of them throughout his career.

But so far, his most important assist was to one of his best friends and fellow star forward Carmelo Anthony, who recounted the time James saved him from drowning while they were on a vacation in the Bahamas several years ago.

“I look up the current is taking me to the middle of the ocean like opposite from the boat… I look up at the boat and I see Bron jumps off the boat like he’s MacGyver,” Anthony recalled during a candid conversation with Dwyane Wade, who was also in the trip, on Instagram Live Saturday.

The 35-year-old Anthony, a 10-time All-Star who now plays a key role for the Portland Trail Blazers, has had countless battles with James since their high school days.

James is pacing the league in assists with an average of 10.6 per game while also norming 25.7 points and 7.9 rebounds to lead the Los Angeles Lakers on top of the Western Conference so far with a 49-14 record before the NBA decided to suspend its season indefinitely on March 11 due to the coronavirus disease (COVID-19) pandemic.