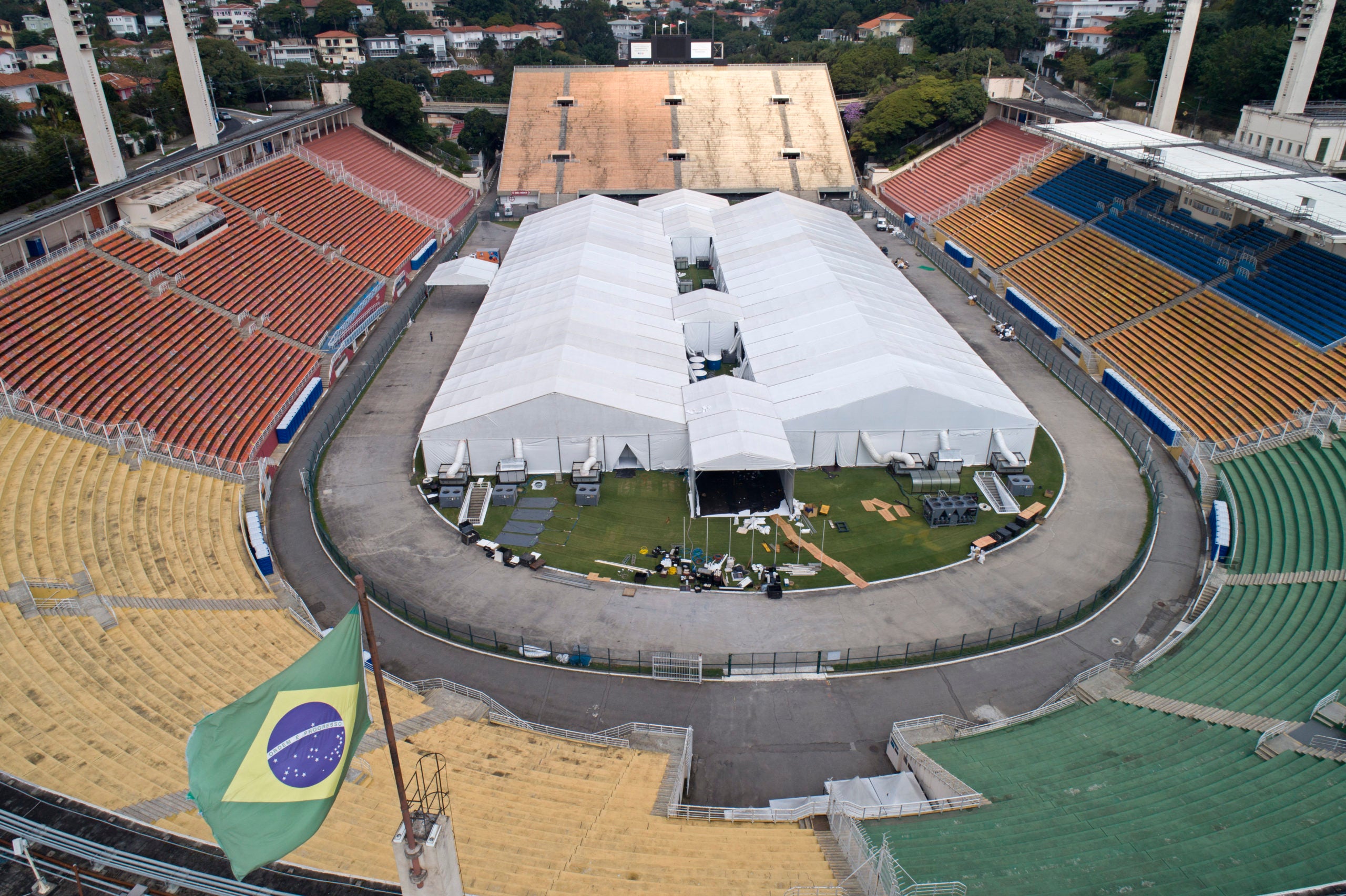 SAO PAULO—Stars in some big Europe leagues are taking deep pay cuts amid the coronavirus pandemic but in South America, where most clubs and players aren’t nearly as wealthy, local footballers want to be shown the money. All of it.

In Brazil and Argentina, players aren’t budging, despite cuts to staffing and wage bills in other domestic leagues while the season is suspended.

In Brazil, negotiations between an association of clubs and the players’ union failed to reach any deal on pay and early vacations. Now team captains and executives are trying to reach individual decisions that legal analysts expect to end in the courts.

South America’s biggest country has registered more than 240 deaths related to COVID-19, and the Pacaembu stadium in Sao Paulo has been transformed into a hospital to handle mild cases expected for the next few weeks. There have been no professional matches in Brazil for two weeks.

The first pitch by Brazil’s top clubs was for a 25% pay cut for players until the end of the pandemic. Executives of the even the richest clubs fear the season shutdown will spook sponsors and debt levels will soar.

But players, including those who have been paid late in the past, haven’t given way and have asked for the oversight of the national soccer confederation. The union did give some ground in terms of early vacations. So far, the the Brazilian soccer confederation has not intervened.

Former players, executives and coaches said they were inspired by the example of Argentine great Lionel Messi, who took a 70% cut in his pay to help Barcelona keep its staffers during the pandemic in Spain. But the voices they are hearing in Brazil sound more like that of Atlético Mineiro’s Guilherme Arana.

“I don’t think there is a reason (to cut). We are stopping because we need to,” the 22-year-old Arana told Fox Sports of the football shut down. He spent the first months of the year at Italy’s Atalanta, near the European coronavirus hotspot. “It is the world that is stopping.”

Atlético announced Sunday it will cut wages by 25%, except for staffers on lower salaries.

In Argentina, players’ union leader Sérgio Marchi insisted in a radio interview that “it is fundamental to respect the wages of footballers.”

Paying full wages would allow the players and the league to resume “without any sort of conflict after this contingency is over,” Marchi said. “Some (officials) are seeking excuses or mitigating factors for their bad management or to their flawed behavior at the time they are setting up a budget.”

Argentina has about 4,000 footballers, male and female, under contract.

Marchi said the the funds to pay wages are there. He says 90% of the country’s top flight teams have already been paid by TV and sponsors. Companies that own broadcasting rights said they will pay the entire bill for March, despite the suspension of play in the middle of the month.

So far Argentinian clubs have not cut salaries and the country’s soccer federation has not not made any recommendations on the issue.

Players in In Colombia asked for full pay, but clubs acted swiftly.

Jaguares suspended the contracts of 13 members of its squad, Bogota’s Millionarios reduced wages without much debate and Santa Fé, which is also based in the country’s capital, pitched fans against players on Twitter by asking them if wages should be cut. The query ended with 62% of fans voting yes.

Colombian league organizers are also asking the government to broaden some economic policies to help football clubs, including those that have suspended players’ contracts so they wouldn’t go bankrupt.

“We don’t want taxpayer money to deal with the financial difficulties during this mandatory stop,” Jorge Enrique Vélez, the head of the league, said in an interview with Radio Caracol. “We are asking for policies that the government has already set for tourism and aviation industries. We also had to stop 100%, and we have no revenues during this time.”

In Peru there is a big exception in South America. Players of Alianza Lima openly suggested they should be paid less so the club can afford to keep all its workers. Goalkeeper Leao Butrón said the decision was “easy to make.”

“Yes, the offer actually came from us. We wanted to give the club a break,” Butrón said in a radio interview. “They told us that it is not necessary for now. But we don’t know when this will end. We are still willing. Beyond being an economic problem, it is a liquidity issue. A financial issue. We can give a hand if extreme measures are needed.”