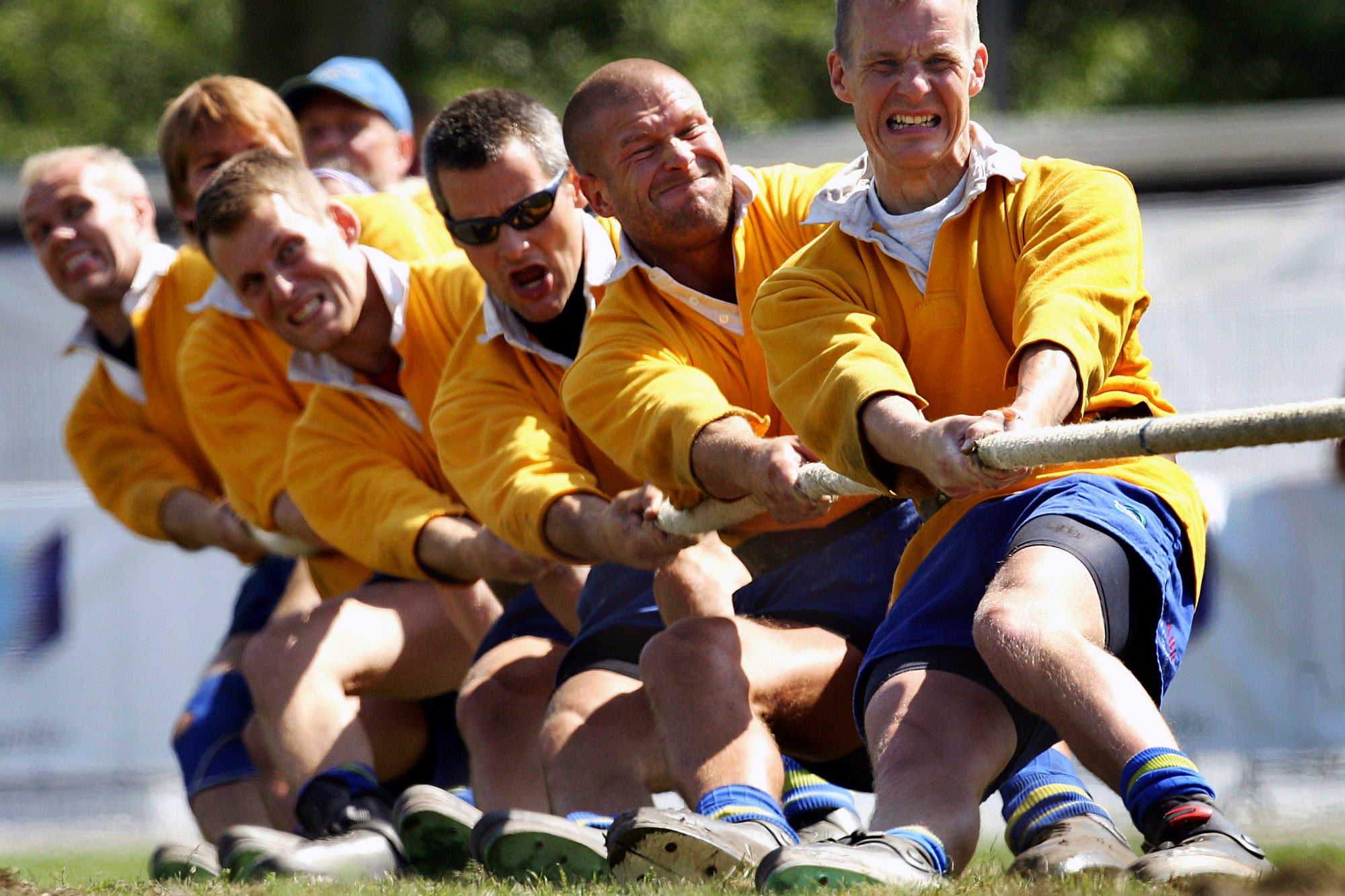 FILE – In this July 14, 2005, file photo, Team Sweden pulls during the men Tug of War competition at the World Games in Duisburg, Germany. Joining the array of postponed events in the midst of the coronavirus pandemic, officials announced Thursday that the 11th edition of the World Games in Birmingham, Alabama will now be held in the summer of 2022. (AP Photo/Michael Sohn, File)

The World Games is a showcase for athletes who compete in eclectic array of sports that have one thing in common: They are not part of the regular Olympic program.

Now, they’ll have to wait an extra year to take part in their Olympic-style competition because of the Tokyo Summer Games being pushed back to 2021.

Joining the parade of postponed events in the midst of the coronavirus pandemic, officials announced Thursday the 11th edition of the World Games in Birmingham, Alabama will now be held in the summer of 2022.

The new dates are July 7-17 for a sprawling competition that will feature disciplines such as tug of war, orienteering, korfball, billiards, sumo, lifesaving and dance.

“It’s not an easy decision, but it’s the right decision for our athletes, for our fans, and for our community,” Nick Sellers, CEO of the Birmingham Organizing Committee, told The Associated Press in a telephone interview.

The World Games were initially set for July 15-25, 2021, but a change was hastily arranged after the International Olympic Committee approved new dates for Tokyo this week.

The Summer Games will now be held July 23-Aug. 8, 2021, which would have overlapped with the last three days of the World Games. The lesser-known competition was forced to search for new dates, in large part because NBC Sports is the American broadcast outlet for both competitions.

There was some consideration of moving either earlier or later in 2021, but Sellers said the best option was a yearlong postponement.

“”The only window that made sense was the summer of 2022,” he said. “You’d be competing with too many other national and international sporting events in spring and fall of 2021.”

The change could actually benefit the World Games in several ways.

Protective Stadium, a new 45,000-seat football venue under construction near downtown Birmingham, is set to open in the fall of 2021. The $174 million facility was not included in the the original venue plan for the World Games, but it could be added now — perhaps as the site of the opening or closing ceremony.

Also, a $123 million renovation of Legacy Arena, the city’s major indoor sports venue and part of the Birmingham Jefferson Convention Complex, could be completed in time for it to be used during the World Games.

Sellers said the organizing committee is still committed to aging Legion Field playing a key role in the games, along with other venues such as Regions Field, Railroad Park, Boutwell Auditorium, the University of Alabama at Birmingham and Barber Motorsports Park.

Delaying the World Games to 2022 could have economic benefits, as well.

“More time is a good thing right now,” Sellers said. “We’ll have a little bit more time for the dust to settle and people to get back to everyday, normal lives. That gives us more time to bring on new sponsors and promote this event in a bigger way.”

The last World Games were held in Wroclaw, Poland in 2017.

Some 3,600 athletes from more than 100 countries are schedule to compete in the World Games, which is being billed as the largest sporting event in the American South since the 1996 Atlanta Olympics.

It’s also a chance for Birmingham to present a new image to the world beyond the ugly racial images of the 1960s, when Alabama’s largest city was a key battleground in the Civil Rights Movement.

“The World Games provides a special platform to showcase a new Birmingham to the world,” Sellers said. “”The world is going to be in for a real pleasant surprise.”