New York Liberty get new logo along with move to Brooklyn 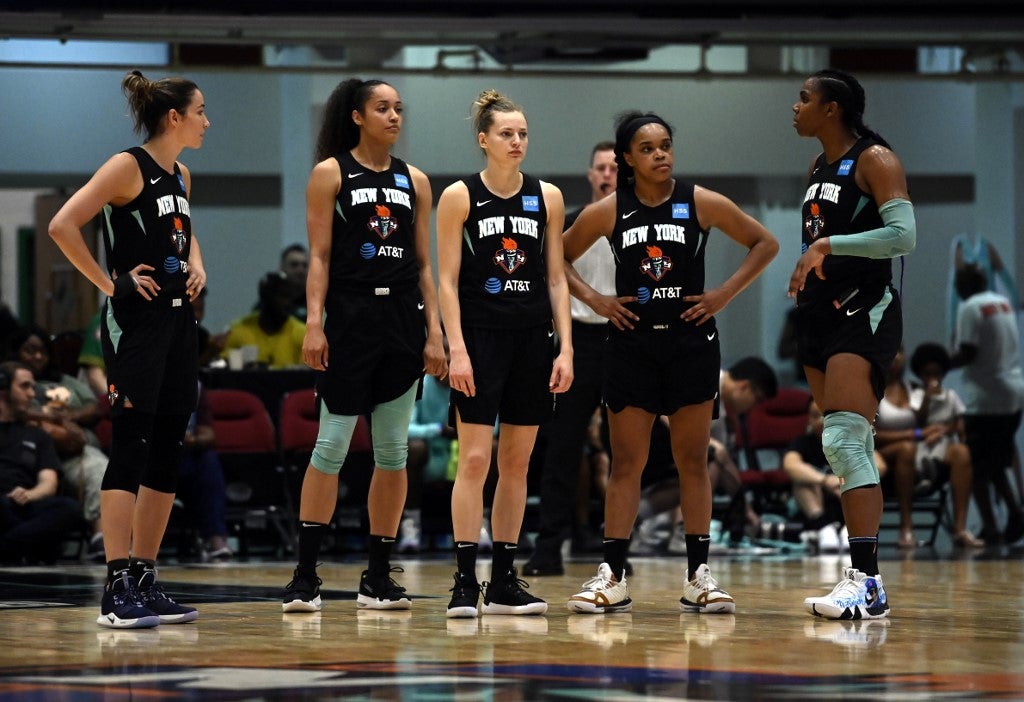 NEW YORK — The New York Liberty logo is getting an update for the first time since the team joined the WNBA 24 years ago in the league’s inaugural season.

The Liberty are moving away from the orange-and-blue color scheme that was associated with their previous owner, New York Knicks owner James Dolan, to a logo that includes black, white and a pale green similar to the Statue of Liberty.

The new colors are similar to those used by the Brooklyn Nets, who are owned by the group that bought the Liberty last year. The team is moving to the Barclays Center in Brooklyn starting this season, which is on hold because of the coronavirus pandemic.

“While this new logo pays homage to our franchise history and the history of New York City, it also nods to our future and modernizes the team’s overall look,” Liberty Chief Operating Officer Keia Clarke said. “This new chapter of Liberty basketball in Brooklyn will begin with the roll-out of a new visual that energizes and excites our Liberty Loyals.”

The Liberty were tied with the Los Angeles Sparks and the Boston Celtics for the second longest-running active logo in professional basketball, according to the team. The Chicago Bulls have the longest run, having used the same design since 1966.

The logo change occurs days before New York will make the No. 1 pick in Friday’s WNBA draft. The Liberty are expected to select Sabrina Ionescu of Oregon.

New York is still figuring out what to do with its beloved mascot Maddie, who was named after Madison Square Garden, the Liberty’s previous home arena.