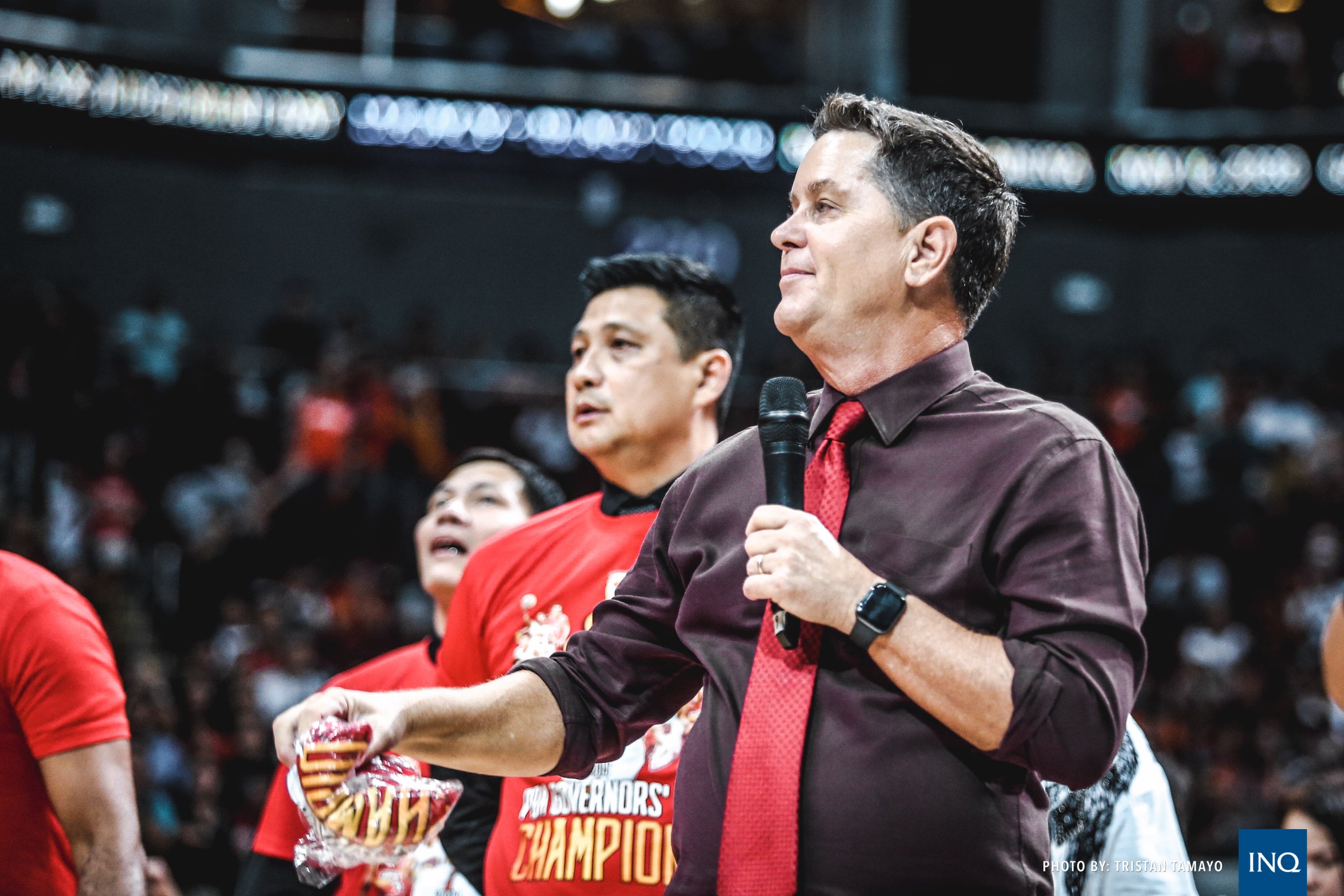 Cone, though, hopes it’s going to be good news when Slaughter finally reaches out.

The multititled mentor also hopes the long break and the PBA’s indefinite suspension due to the coronavirus pandemic would help Slaughter decide to eventually come back with the Gin Kings.

“I haven’t had any communication with him aside from seeing things that had been on social media a couple of times,” said Cone in a radio interview as posted on Spin.ph. “Maybe he’ll be ready to come back and be fresh minded and ready to go.”

Slaughter took a break from the league in early February, barely a month after he helped the Gin Kings win the 2019 Governors’ Cup title.

Slaughter’s return to the team would also bolster Ginebra’s hopes of winning the Philippine Cup with San Miguel Beer’s six-time MVP June Mar Fajardo expected to miss the season due to a leg injury.

The Beermen, with the 6-foot-10 Fajardo leading the way, have been the undisputed kings of the all-Filipino conference since the 2014-15 season.

Cone recalled his team’s 2017 Philippine Cup Finals series against San Miguel where the Beermen whipped the Gin Kings in five games with an average winning margin of 13.3 points.

It was also a series the 7-foot Slaughter missed due to an injury.

“Greg didn’t play in that series because he was injured at the time, we didn’t have him at that point and they (Beermen) just ripped us apart,” said Cone.

Cone believes the Gin Kings have a great chance of ruling the 2020 Philippine Cup with crack point guard Stanley Pringle in tow and especially if Slaughter chooses to return.

“This would’ve been our first All-Filipino chance with Stanley in our lineup and if we happen to bring Greg to our lineup, yes I think we can be a force in the All-Filipino,” said Cone.