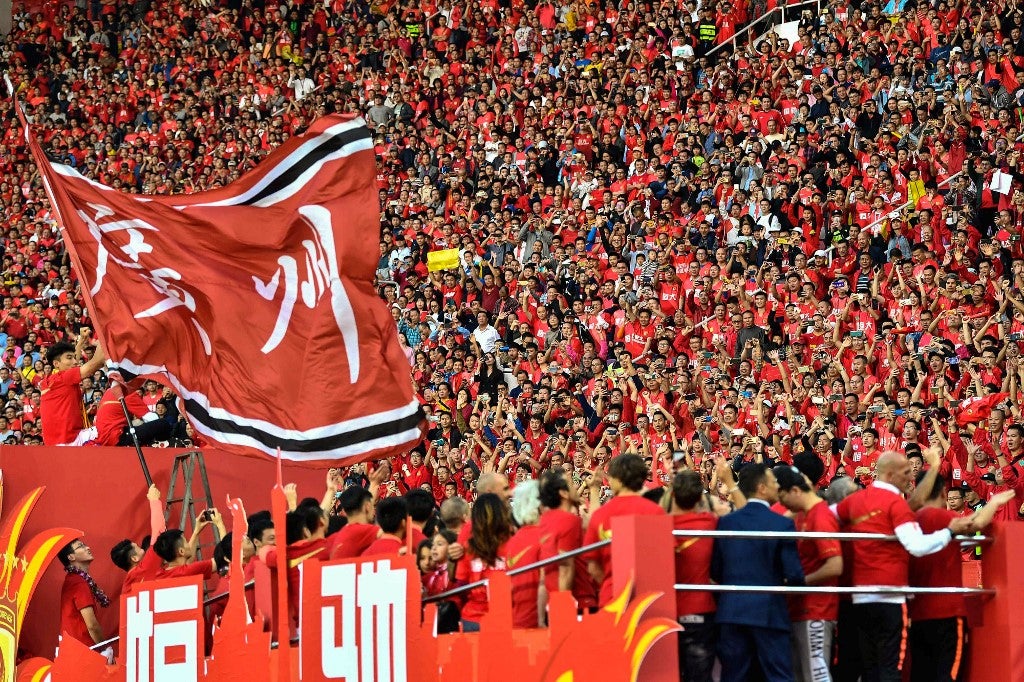 Fans of Guangzhou Evergrande cheer for the team after defeating Shanghai Shenhua to win the Chinese Super League (CSL) football championship in Guangzhou in China’s southern Guangdong province on December 1, 2019. (Photo by STR / AFP) / China OUT

The wealthy owners of Chinese champions Guangzhou Evergrande will build two stadiums with capacities of 80,000 each, in addition to the club’s new 100,000-seat home.

Chinese Super League (CSL) clubs are building or renovating a clutch of stadiums with the country set to host the newly expanded 2021 FIFA Club World Cup and AFC Asian Cup in 2023.

But the rush on new arenas will also heighten speculation that China is gearing up for a bid to host the World Cup, possibly in 2030.

The statement did not give any further information such as where in China or when the stadiums would be built.

Costing 12 billion yuan ($1.7 billion), it will be bigger than Barcelona’s famous Camp Nou and is scheduled for completion by the end of 2022.

Evergrande Group’s founder is the billionaire Xu Jiayin, one of the richest men in China.