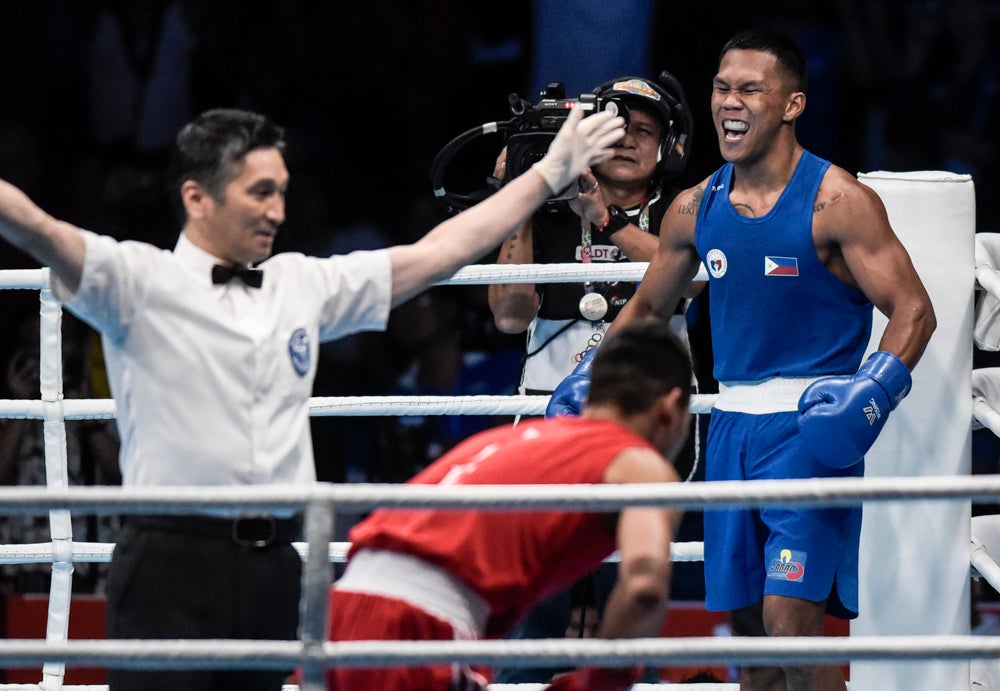 MANILA, Philippines—Filipino amateur boxer Eumir Marcial is practically stuck between a rock and a hard place amid the COVID-19 crisis.

On one hand, Marcial is prepping up for his lifelong dream of fighting in the Olympics but on the other side are several offers for a chance to turn pro before the Tokyo Games get underway.

Ricky Vargas, Association of Boxing Alliances in the Philippines president, previously appealed to those courting Marcial with monetary offers before the Olympics to leave the boxer alone.

Marcial, who won gold in the Olympic qualifiers in the middleweight division, is one of the best amateur boxers in Asia having racked up three Southeast Asian Games gold medals and a silver medal in the Aiba World Championships.

Vargas said that he had a two-hour video meeting with Marcial, Abap secretary general Ed Picson, and sports psychologist Marcus Manaloto to discuss the boxer’s situation, but a meeting in person after the lockdown has been scheduled.

The boxing chief said that Abap won’t get in the way of Marcial’s professional dreams to gain financial stability.

“We discussed many things and the conversation was light and cordial,” said Vargas. “We agreed that we would sit down and talk things face to face as soon as the current situation clears.”

“It was decided that with the present uncertainty in everyone’s lives, it would be foolhardy to make snap decisions that could impact long-range plans. Eumir gave me his word that he will wait for such face to face meeting before he makes a final decision and I know Eumir to be a man of his word.”

This time, Vargas has now a major voice in his corner who has advised Marcial to stick to the Olympic route—boxing legend Manny Pacquiao.

“He has come out with the advice that Marcial think of the country first and stick to his Olympic dream,” said Vargas in a statement. “The good senator said he [Marcial] can always make the jump to professional boxing after the Olympiad and he will support Marcial then.”