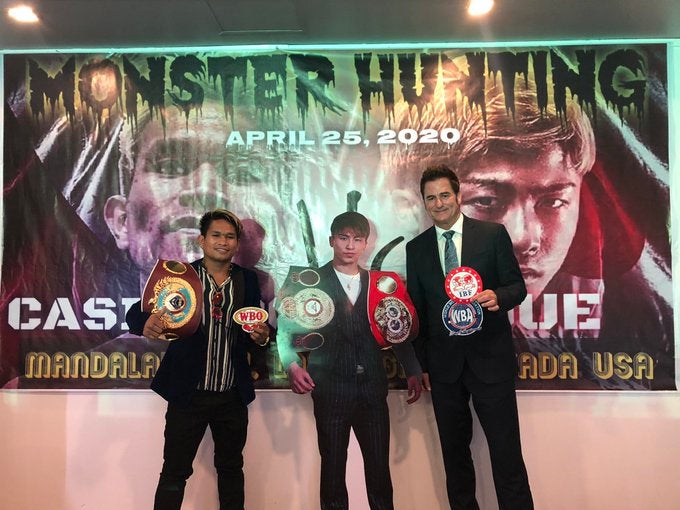 MANILA, Philippines—John Riel Casimero may have to wait a little longer but he is still keeping his sights on Naoya Inoue.

The COVID-19 pandemic put a stop to the bout originally scheduled for April 25, preventing Inoue and Casimero from making their Las Vegas debuts that would’ve unified the WBO, WBA, and IBF World bantamweight titles.

Nevertheless, Casimero (29-4) only wants to fight Inoue and no one else, even though Top Rank CEO Bob Arum floated the idea of the Filipino to fight up-and-comer Joshua Greer.

MP Promotions president Sean Gibbons insisted that Casimero, the WBO champion and the fighter he promotes, would only fight Inoue (19-0) and the bout could happen in July.

Arum said in a previous report from BoxingScene.com that it’s near impossible to fly Inoue to Las Vegas as long as travel restrictions are in place.

The Hunt Continues this comin July

Greer, who is riding a 19-fight winning streak. never held a World title but has had successful reigns with regional bantamweight championships.

“One of the possible fights we’re talking about for [Casimero] is Joshua Greer, our kid from Chicago,” said Arum in BoxingScene.com’s report. “He was gonna fight Jason Moloney, so we could have him fight Casimero. That’s a good, competitive fight.”

Arum is Inoue’s promoter and has been one of the chief proponents in putting the fight between the Japanese slugger and Casimero in place.

Gibbons, however, pushed the planned replacement fight aside and said he wants Casimero, who has been in the United States since March, to focus on Inoue.

“I don’t know who Josh Greer is, but we know The Monster!” said Gibbons.