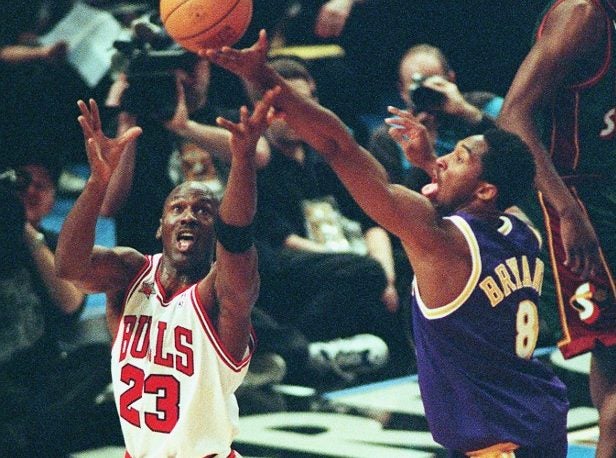 MANILA, Philippines — It’s impossible to speak about Michael Jordan without mentioning Kobe Bryant in the conversation.

That was the case in the fifth episode of “The Last Dance” documentary series which opened with the 1998 All-Star Game at Madison Square Garden.

“I grew up watching Michael on TV and now you got a chance to go face-to-face with him. You get a chance to really see and touch and feel the strength, speed, quickness. And it was fun to be out there,” Bryant said.

At that time, Bryant was only in his second season in the NBA and he made sure to learn as much as he could by matching up against his childhood hero.

“It was a rough couple of years for me, coming to the league. At the time, the league was much older. It’s not as young as it is today. So nobody was really thinking much of me,” Bryant said. “I was the kid that shot a bunch of airballs, you know what I mean? And at that point Michael provided a lot of guidance for me.”

“I had a question about shooting his turnaround shot, so I asked him about it. And he gave me a great, detailed answer, but on top of that, he said, ‘If you ever need anything, give me a call.’ He’s like my big brother.” Los Angeles Lakers guard Kobe Bryant(L) and Chicago Bulls guard Michael Jordan(R) talk during a free-throw attempt during the fourth quarter 17 December at the United Center in Chicago. Bryant, who is 19 and bypassed college basketball to play in the NBA, scored a team-high 33 points off the bench, while Jordan scored a team-high 36 points. The Bulls defeated the Lakers 104-83. AFP PHOTO/ VINCENT LAFORET

Bryant not only wanted to be like Mike, he lived up to being his heir apparent.

The late Los Angeles Lakers legend went on to win five championships in 20 seasons in the NBA. He scored 60 points in his final game in 2016, leaving an undeniable legacy as one of basketball’s greatest.

But despite his brilliance, Bryant owed it the one who paved the way for him right from the start.

“What you get from me is from him (Jordan). I don’t get five championships here without him because he guided me so much and he gave me so much great advice,” said Bryant, who died in a helicopter crash in Calabasas last January.