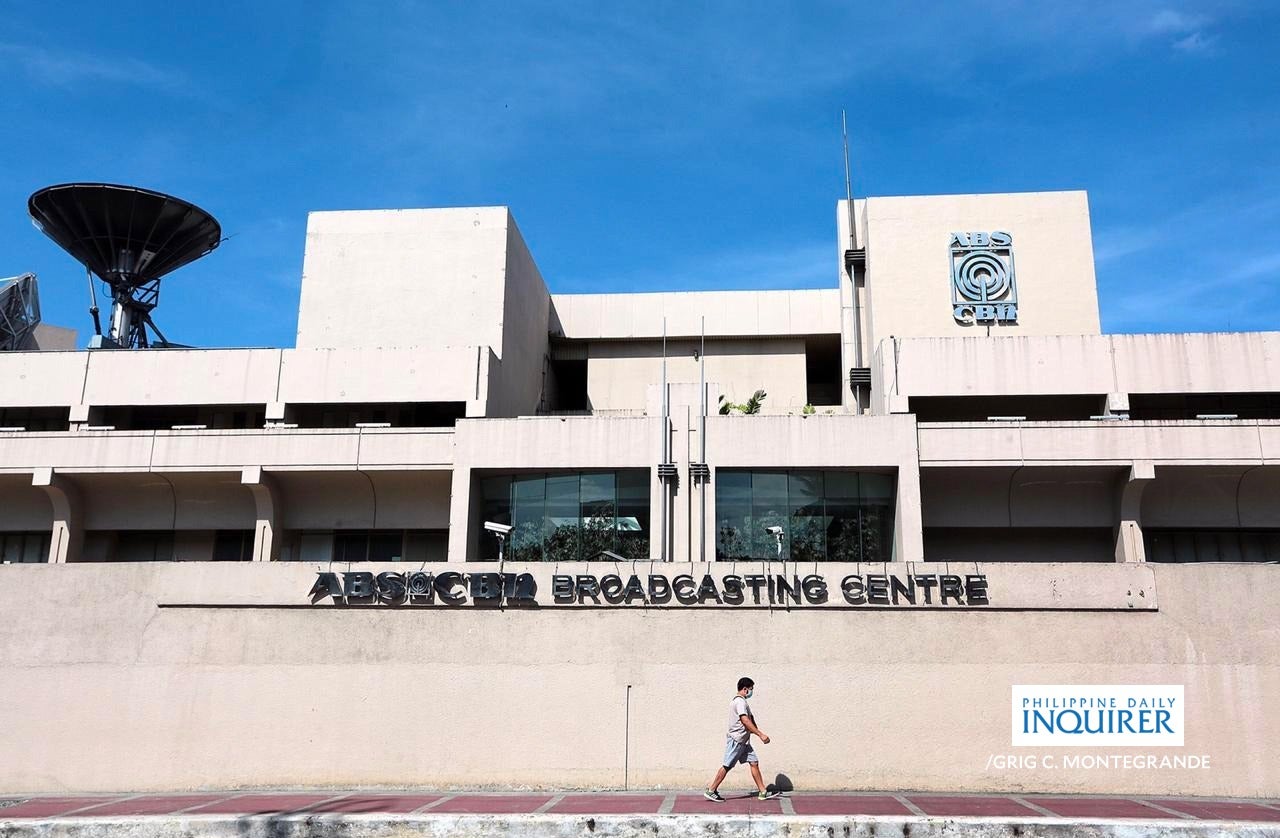 A pedestrian walks pass the ABS CBN headquarters in Quezon City on Wednesday, May 6, 2020, a day after the NTC order it to stop operation due to non-renewal of license by congress.-INQUIRER/GRIG C. MONTEGRANDE

MANILA, Philippines — Some of the country’s athletes and sports personalities stood by ABS-CBN following National Telecommunications Commission’s cease-and-desist order that forced the network to shut down Tuesday.

The broadcast giant, which also owns the rights to air notable sports leagues in the country including the UAAP and NCAA, officially went off the air at 8 p.m. triggering outrage and outpouring support on social media.

(I once dreamed of being part of the [ABS-CBN] family when I was a kid. It came true when I became part of Star Magic from 2004 to 2018. Thank you for the opportunity ABS-CBN.)

“Nakakakilabot. Imagine all that power, kung gamitin kaya for the greater good, noh?” Kat Bersola, former team captain of the University of the Philippines Lady Maroons, posted on Twitter Tuesday.

(Frightening. Imagine all that power, why not use it for the greater good?)

Another volleyball star in John Vic De Guzman, who also works for ABS-CBN as a volleyball analyst, and Bersola’s fellow UP standout Ricci Rivero expressed their support for the network.

“To the network who covered my games, who witnessed and celebrated my triumphs and defeats, who entertained us and informed us and who brought me closer to your homes. For every hardwork each Kapamilya poured into for the service of the Filipino worldwide #IStandWithABSCBN 🙏🏻,” Rivero tweeted.

The network’s sports channel S+A was among the media properties that stopped its programming along with ABS-CBN channel 2.

“Hindi pa ako buhay nun, pero last time nagsara ang ABS CBN was nung 1972 because of martial law. Most of us just have an idea of what it was like, not actually experiencing it — though technically, this isn’t, but sure does feel like it,” Migs Bustos, sports television anchor, commentator and reporter, posted on his Instagram.

(I wasn’t born yet the last time ABS-CBN closed in 1972 because of martial law. Most of us just have an idea of what it was like, not actually experiencing it — though technically, this isn’t, but sure does feel like it.)

“I know that not a lot share the same views with regards to the company and I totally respect that. But all of us are driven to provide for our families right? No matter who or where we are in this world, “pulling the plug” isn’t a great feeling. Literally and figuratively, it does feel that way,” Bustos added.

The station was forced to stop its broadcast by the government for the first time since September 1972 when dictator Ferdinand Marcos imposed martial law.

The cease order was issued a day after the network’s 25-year franchise had lapsed and nearly two months since the NTC assured that it will follow the advice of the Department of Justice (DOJ) to allow the station to operate beyond May 4 when its license expires while its bid for a franchise renewal is pending in Congress.

“Politicking during a pandemic is TOTALLY UNACCEPTABLE and INHUMANE. In the service of the Filipino, we remain,” former volleyball star turned ABS-CBN host and reporter Gretchen Ho wrote on Instagram.

“For all the things going on in the world… To do this while the world’s pandemic is going on is asinine. I’m pretty sure they’re much more pressing matters than taking away a source of entertainment. I hope people can figure this out sooner than later,” Brandon Vera, ‘BuyBust’ actor and ONE heavyweight champion, posted on Instagram.