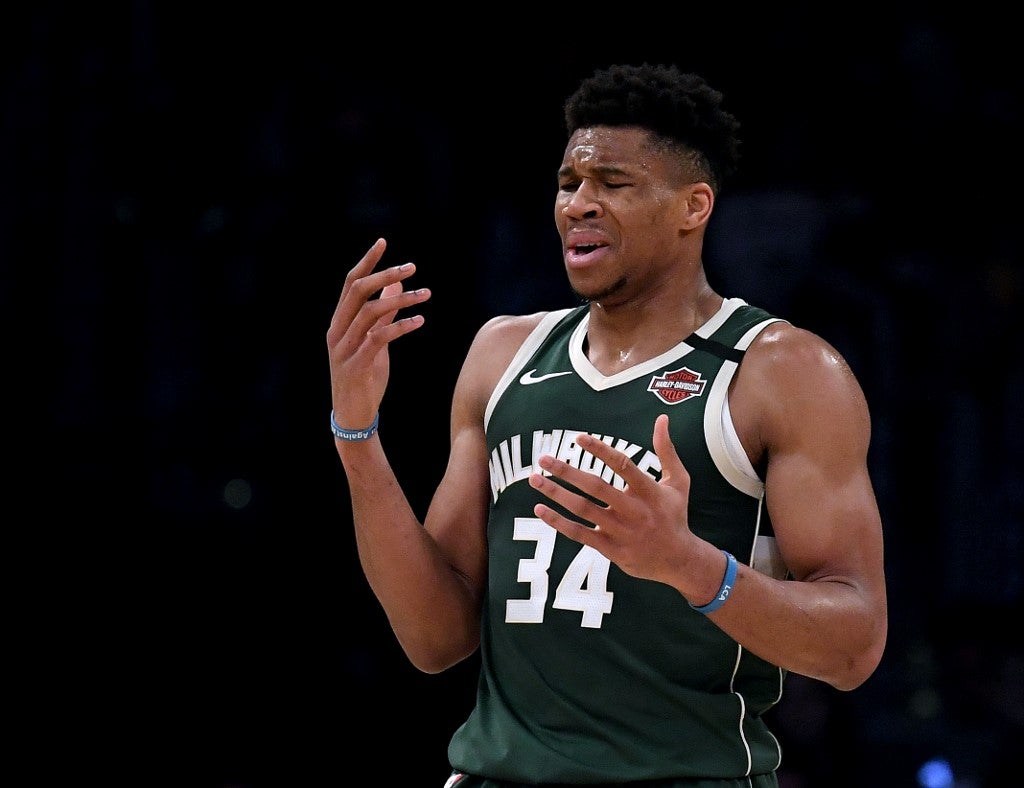 FILE- Giannis Antetokounmpoof the Milwaukee Bucks reacts as he is called for a foul during the third quarter against the Los Angeles Lakers at Staples Center on March 06, 2020 in Los Angeles, California. Harry How/Getty Images/AFP

MILWAUKEE — Giannis Antetokounmpo’s social media accounts were hacked on Thursday afternoon and several bizarre and offensive tweets were posted, according to the Milwaukee Bucks, Antetokounmpo’s brother and the player’s representatives.

More than a dozen tweets popped up in Antetokounmpo’s feed in the span of about five minutes, and they appeared to clearly be the work of someone other than the reigning MVP. The tweets included racial slurs, profane attacks on other players and a claim that Antetokounmpo had the coronavirus.

“Giannis’ twitter, phone, email and bank accounts were hacked!” Los Angeles Lakers forward Kostas Antetokounmpo tweeted. “He genuinely apologizes for everything that was tweeted and he will be back as soon as possible! The things that were said by this hacker were extremely inappropriate and disgusting!”

The tweets weren’t up for long before disappearing from Giannis Antetokounmpo’s account.

Giannis Antetokounmpo sent out a tweet Thursday night confirming that his account was hacked. Antetokounmpo said he felt “terrible” for the players who “were included in the malicious and untrue tweets.”

“The tweets and posts were extremely inappropriate and I am so disappointed and disgusted that somebody would say the terrible things that were said!” Antetokounmpo tweeted.

The Bucks said in a statement that an investigation is underway. Octagon, Antetokounmpo’s agency, also confirmed the hacking.