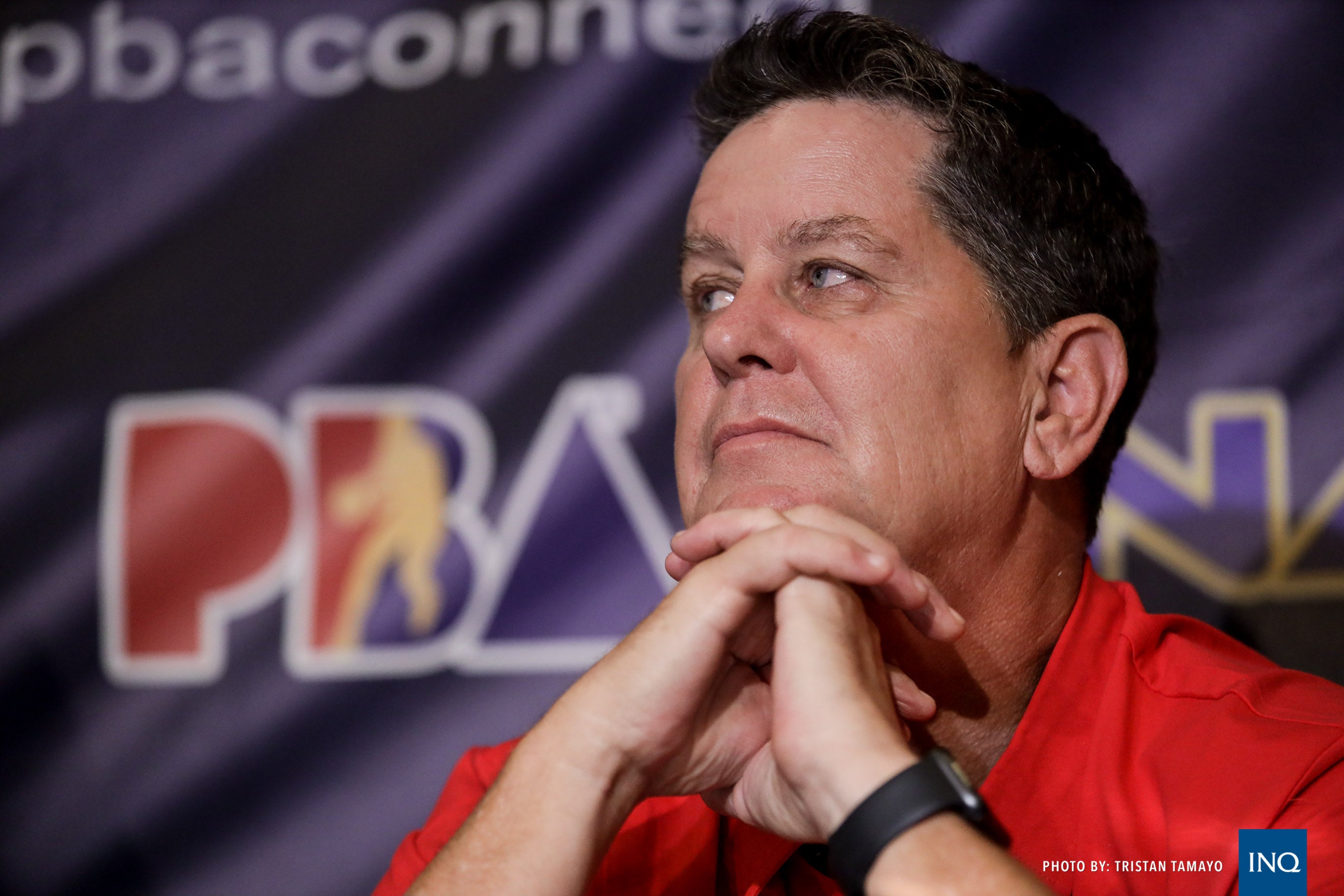 MANILA, Philippines — From one team to another, Tim Cone has had no shortage of success in steering franchises to PBA championships.

A proponent of the triangle offense, Cone holds the PBA record with 22 titles, including two Grand Slams with Alaska and Magnolia.

But of all the squads he’s coached, Cone said the best one that ran the “triangle to a T” was his Alaska team during the 1997-98 season.

Cone, who ran Alaska’s sidelines from 1989 to 2011, said the addition of star swingman Kenneth Duremdes was the difference maker.

It also helped the Alaska team at that time had so much experience playing the triangle together that running the system had become a habit.

“That was with Kenneth (Duremdes) coming in late. He had a real natural feel for it. He walked in and it just came natural for him,” said the Barangay Ginebra mentor during a coaching webinar as posted on the PBA website. “For some players it comes naturally, while some players really have a hard time. But for Kenneth, it just came easy.”

Duremdes joined a star-studded Alaska cast, led by Johnny Abarrientos, fresh off a Grand Slam run in 1996 and immediately made his presence felt.

With Duremdes in tow, Alaska strung up three straight titles starting from the 1997 Governors’ Cup to the 1998 Commissioner’s Cup. It was also in 1998 where Duremdes was named MVP.

“But because that Alaska team, they have gone to so much trials there, from 1993, 1994, 1995, 1996, 1997, 1998. And that’s one thing Phil Jackson always talks about was continuity,” Cone said. “He always wants continuity in his team because it’s so much easier to continue and evolve with the triangle, because every time someone new came in, you kind to go back to ground zero and start all over again and you never really get able to build.”