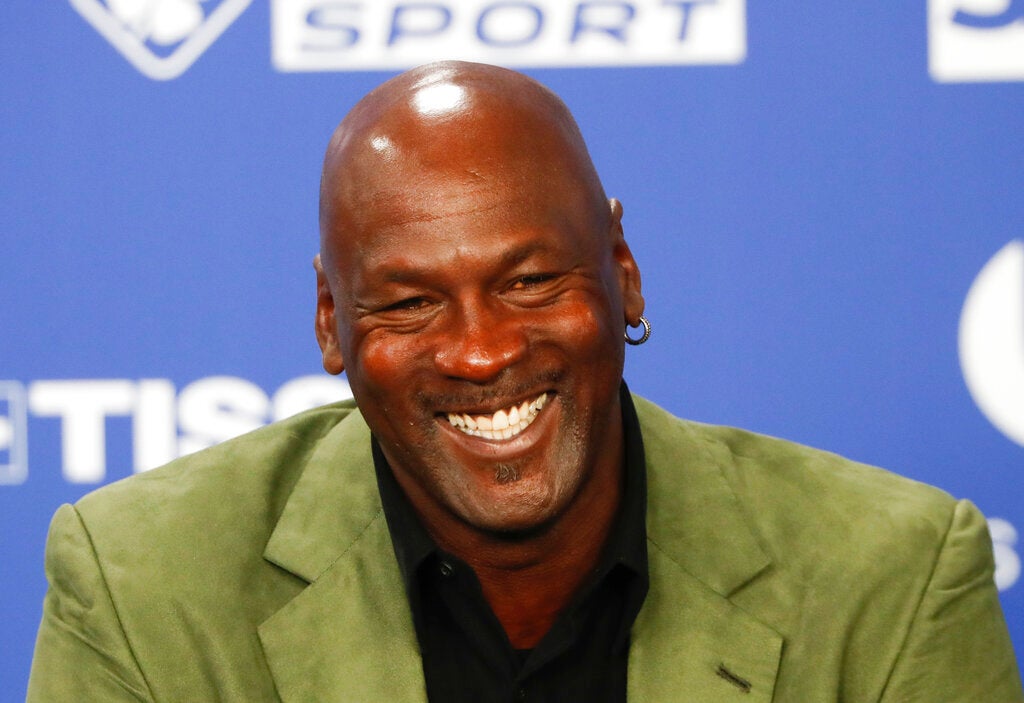 The immense global success of the documentary “The Last Dance” amid the coronavirus lockdown has boosted sales of collectibles related to NBA icon Michael Jordan, some of which are trading in the hundreds of thousands of dollars.

“Timing is everything,” says Jordan Geller, a collector who on Sunday will be richer by at least $240,000 thanks to the sale at Sotheby’s of a pair of Air Jordan 1 sneakers — the first model created by Nike especially for Michael Jordan, who made his NBA debut in 1984.

The game-worn pair could set an auction record for sneakers set last year by Nike’s Moon Shoe, a pair of which sold for $437,500.

The various Air Jordans have been popular with collectors for 30 years, along with jerseys and trading cards featuring Jordan — who won six NBA titles with the Chicago Bulls and is widely considered the greatest player in league history.

Many specialists consider Jordan a key figure in creating the market for collectible sneakers, with only non-sports personalities such as Kanye West or Travis Scott able to compete with him today.

But ESPN’s 10-part documentary “The Last Dance” which weaves details of Jordan’s entire career through the narrative of the Bulls’ pursuit of a sixth NBA title, has ramped up interest in all things Jordan.

“I think this is a game-changer,” Chris Ivy, director of sports collectibles at Heritage Auctions, said of the documentary series that was carried globally by Netflix.

Ivy predicted the interest fueled by “The Last Dance” will continue.

‘Iconic, mythical’
On the StockX shoe resale platform, the Air Jordan 1 Chicago model now sells for up to $1,500, compared to $900 in March.

The first episode of “The Last Dance” aired on April 19.

“That could be largely attributable to the documentary because that’s a sneaker that’s been on the market for years,” says StockX economist Jesse Einhorn.

“A lot of people who had a sports cards collections as a kid have been frantically going through their attics to find those boxes and those binders,” laughs Geoff Wilson, founder of the Sports Card Investor platform.

“I haven’t seen anything like this, where it’s well past his career,” Ivy said, noting Jordan retired in 2003.

The excitement extends beyond Jordan himself.

Sales of Bulls-branded items are up 400% in May compared to last year on the sports merchandise site Fanatics.

“For a lot of people my age between 40 and 50 years old, Michael Jordan was the Babe Ruth of our generation,” Ivy said. “People in that age range are starting to get in a point in their lives where they’re starting to collect again.”

Even younger fans, weaned on the exploits of the late Kobe Bryant and LeBron James, are feeling the allure of Jordan.

“The majority of our customers are millennials and Gen Z, many of whom were not necessarily alive when Jordan played,” Einhorn said. “It’s a testament to Jordan’s staying power as an iconic, almost like mythical, cultural figure.”

And the market for basketball shoes is maturing, with support from a new generation of enthusiasts as evidenced by the emergence of trading platforms and the prices realized at auctions over the last three years.

“Sneaker collecting and reselling used to be underground activities that were enjoyed by a few sneaker heads,” Geller said. “It’s much more mainstream now.”

The change has not escaped the notice of manufacturers, who have adapted their marketing and promotional strategies accordingly.

“Sneaker brands are catering to sneaker collectors by releasing more and more limited edition sneakers, so with smaller quantities demand goes through the roof.”

But in Geller’s opinion, nothing can compare to the original Air Jordans, especially those that can be linked to the great man himself.

“I think the game worn Air Jordan 1s are the most iconic sneakers of all time,” Geller said. “The fact that these shoes were game-worn by Michael Jordan takes them to a whole other level.”

Will we ever crack the $1 million mark?

“I think so,” said Ivy. “I’m working towards a consignment in the future that I think has the potential to get to a million dollars.”