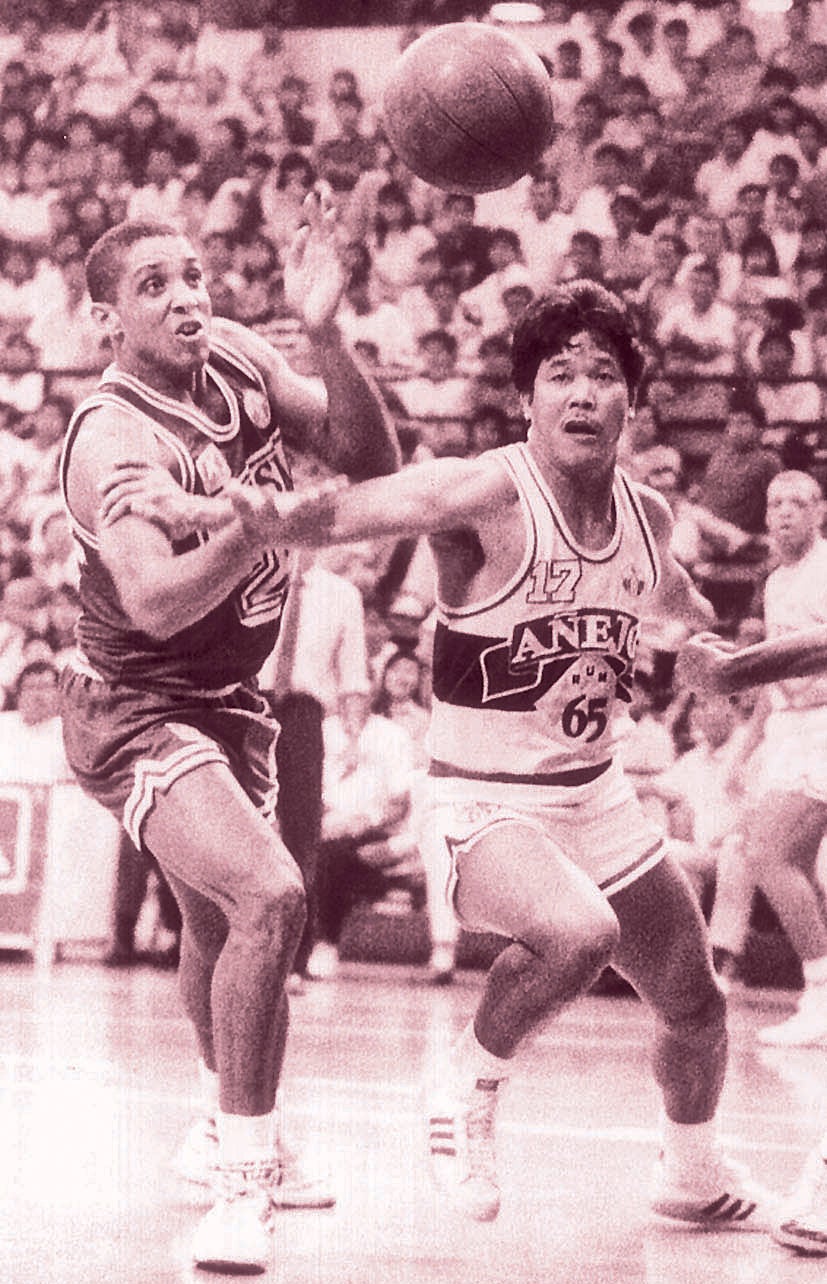 From foes at one time to becoming allies during the defining years of his career, the retired Rudy Distrito—remembered by early fans of the PBA as the original enforcer—gives credit to his success to ico­nic Ginebra San Miguel legend Robert Jaworski.

First it was admiration, before he tried to emulate probably the most charismatic man to ever lace up a pair of sneakers in Asia’s pioneering professio­nal league that gave Distrito one of the most memorable careers in the PBA as “The Destroyer.”

“I was seeing how he played the game,” Distrito said in Filipino during an interview streamed via the Go for Gold Philippines’ Facebook page on Saturday night, referring to Jaworski. “I was already an intense [player] before. It was just amplified since it was exactly what he (Jaworski) wanted [when I came to Ginebra].”

Distrito didn’t have a really promising career in his early days in the PBA. In fact, he was one of the first players that played in the pro ranks but needed to revert back to the amateurs after finding no takers upon the expiration of his contract.

Then came Jaworski to the rescue in 1987, when Ginebra picked him up as a free agent after a stint with Magnolia in the defunct Philippine Amateur Basketball League (PABL).

No one, especially diehard Ginebra fans who treated Distrito as a menace because he was a Jaworski foe during the Toyota-Crispa rivalry, thought this new acquisition would work.

Down the road, Distrito would give Ginebra one of its most glorious championship conquests—the type of play and drama that is worth the “where were you when that happened” question.

It was the comeback story of all comeback stories that time, as Ginebra rallied from a 1-3 deficit in the best-of-seven Finals of the 1991 First Conference against Shell Rimula-X to forge a Game 7, before Distrito nailed the fallaway shot of the decade to complete the rally and give the crowd darlings their third title.

Distrito got the pass from Jaworski in that play, which was executed inside the final five seconds with the game tied at 102.

Shell still had a second to turn things around, but Jervis Cole blocked Ronnie Magsanoc’s three-point attempt at the buzzer to seal the deal and the biggest rally ever seen in the PBA, which wouldn’t be broken until the 2015 comeback of San Miguel Beer from 0-3 down against Alaska in the Philippine Cup Finals.

Distrito certainly etched his name in league history with that shot, as it typified Ginebra’s resilient never-say-die attitude and highlighted his coming to stardom from almost being forgotten when he had to slide down to the PABL.

But after that, notoriety followed Distrito wherever he went.

Traded to Swift the following year, Distrito was banned for life by then commissioner Jun Bernardino for a dangerous undercut on an airborne Jeffrey Cariaso in the 1995 all-Filipino Finals. That play also cost him his playing license from the Games and Amusements Board and signaled the end of his PBA career.

He would then have a brief stint in the Metropolitan Basketball Association in 1999 before retiring and moving to the United States. There, he was convicted in 2004 for manslaughter for stabbing Mexican Juan Amaya to death, claiming self-defense.

Distrito, who feels that today’s PBA lacks the intensity despite having so many skilled players, has found his way back home, gaining parole and being deported back here in 2010. He is now in his native Bacolod, and works as the head of security of the Maharlika Pilipinas Basketball League.

His new career in the game certainly fits his character, and like his hero Jaworski, Distrito can look back at a PBA career that was certainly worth remembering—whether for the good or the bad—and there will always be just one Destroyer in the PBA. INQ