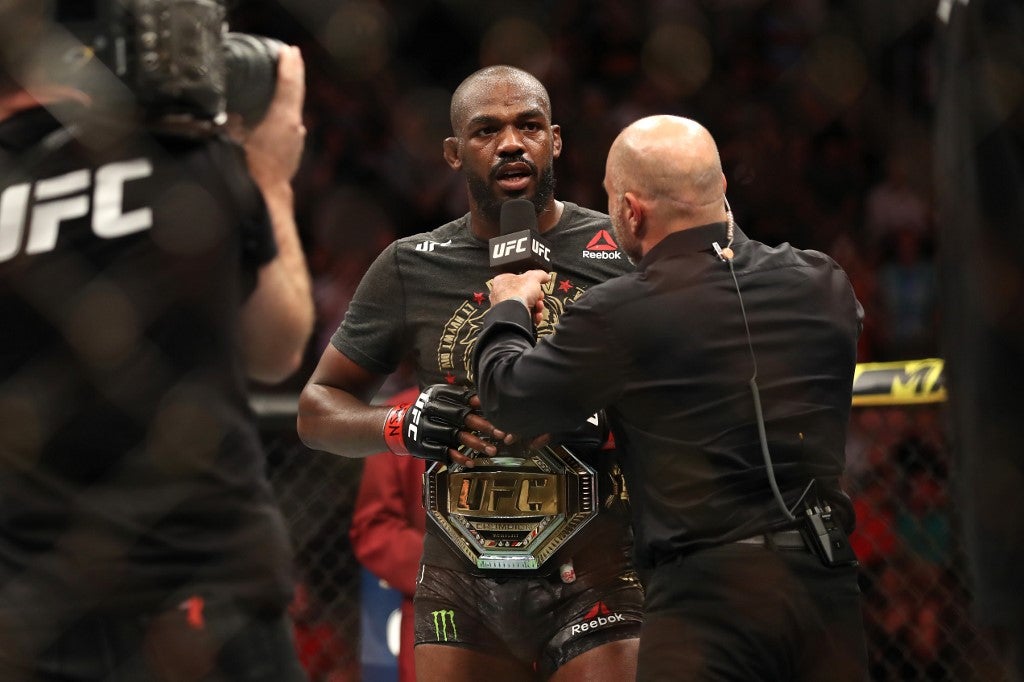 Jon “Bones” Jones tweeted Sunday that he’s giving up his UFC title in a pay dispute.

“To the light-heavyweight title — veni, vidi, vici,” tweeted Jones, using the Latin phrase of “I came, I saw, I conquered,” attributed to Julius Caesar. Asked if was giving up his title, he tweeted “Yes.”

When one of Jones’ 2.3 million Twitter followers suggested he was hurting himself more than the UFC, Jones replied: “I hurt myself every time I walk out there and take a punch to the head and not feel my pay is worth it anymore.”

The 32-year-old Jones had been eyeing a fight with heavyweight Francis Ngannou, but said the UFC did not want to pay him enough. UFC President Dana White said the fighter wanted “crazy” money, citing demands of $15 million, $20 million and $30 million.