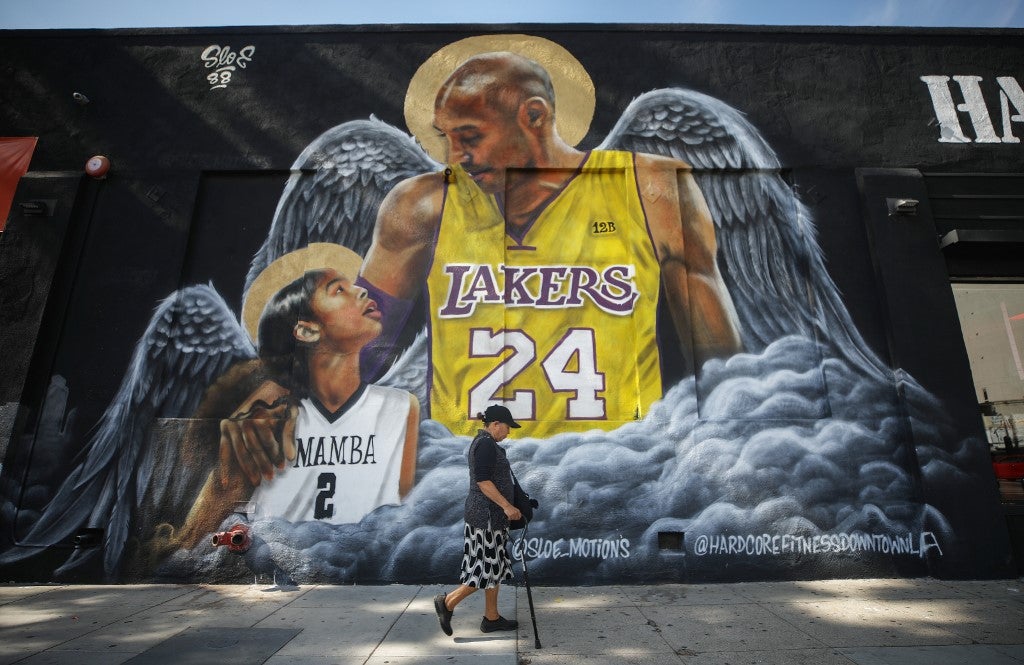 FILE – Numerous murals depicting Bryant and Gianna have been created around greater Los Angeles following their tragic deaths in a helicopter crash which left a total of nine dead. Mario Tama/Getty Images/AFP

MANILA, Philippines — Black Lives Matter protests have filled the streets in the United States after the death of George Floyd last week.

Not all rallies, however, remained peaceful as some took advantage of the situation to loot while some resorted to vandalism.

That was the case in several cities like Los Angeles where riots have also escalated as the police clashed with protesters.

But amid the chaos, there’s a common thing in the city that was left largely untouched.

Murals of the late Kobe Bryant and daughter Gianna “Gigi” Bryant were saved from the destruction.

Vanessa Bryant, wife of the Los Angeles Lakers legend and mother of Gigi, couldn’t be more thankful after seeing how the murals have remained intact.

Vanessa shared her appreciation on her Instagram Stories Monday.

Kobe and Gigi along with seven others died last January in a helicopter crash in Calabasas.

Kobe played 20 seasons in the NBA all with the Lakers where he won five championships.

The 46-year-old Floyd, an unarmed African-American, died after a policeman knelt on his neck for nearly nine minutes in Minneapolis while he was handcuffed. The incident added to the long list of cases of police brutality against a black man in the US.