Berry airs out grievances with USOPC in wake of Floyd death 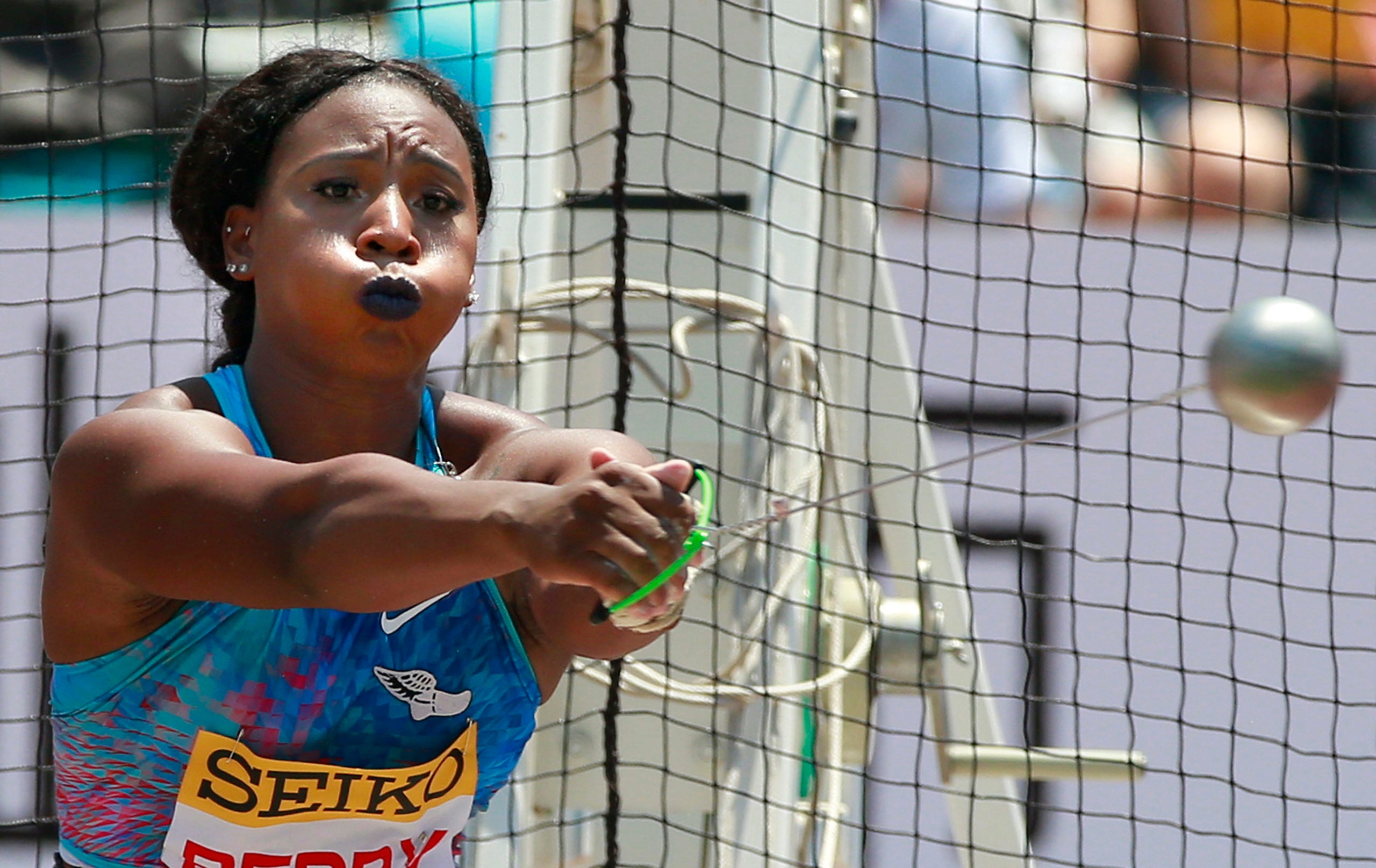 FILE – In this May 21, 2017, file photo, Gwen Berry, of the United States, competes in the women’s hammer throw at the Golden Grand Prix athletics meet in Kawasaki, near Tokyo. Berry captured headlines last year when she used her turn on the gold-medal podium at the Pan-Am Games to raise her fist as a show of her frustration with America’s treatment of blacks. Her gesture, to say nothing of the punishment that came afterward, are all being seen in a new light these days, in the wake of the killing of George Floyd. (AP Photo/Shizuo Kambayashi, File)

As it turns out, the hard part for U.S. Olympian Gwen Berry hasn’t started yet.

The raised fist at the Pan-Am Games last summer, along with the public shaming she received from Olympic authorities afterward, followed by the wondering about what might happen if she were to use her platform at the now-postponed Tokyo Games to protest racial injustice — all that seems easy now.

“I feel like, right now, my body and my mind, it’s like I’m going to war,” Berry told The Associated Press on Wednesday. “I’m trying so hard to protect something that is near and dear to me.”

Berry is the African American hammer thrower — the mother of a 16-year-old son — who captured headlines last year when she used her turn on the gold-medal podium at the Pan-Am Games to raise her fist as a show of her frustration with America’s treatment of blacks.

Her gesture, to say nothing of the punishment that came afterward, are all being seen in a new light these days, in the wake of the killing of George Floyd — a tragedy that has sparked protests across America while also compelling hundreds of commissioners, leagues and players in the sports world to respond.

To Berry, the statement from the U.S. Olympic and Paralympic Committee — that the federation “stands with those who demand equality” — was galling. It came less than a year after the USOPC put Berry on a 12-month probation for her gesture at the Pan-Am Games. The letter CEO Sarah Hirshland sent Berry that day said that while she respected Berry’s perspective “I disagree with the moment and manner in which you chose to express your views.”

“I want an apology letter .. mailed .. just like you and the IOC MAILED ME WHEN YOU PUT ME ON PROBATION,” Berry tweeted shortly after the USOPC sent out its letter this week. Later, she amended her demand and said she wanted a public apology.

Hirshland and Berry talked on the phone Wednesday night, then on Thursday, Hirshland put out a tweet thanking Berry for her honesty during their conversation.

“I heard her. I apologized for how my decisions made her feel and also did my best to explain why I made them,” Hirshland said. “Gwen has a powerful voice in this national conversation, and I am sure that together we can use the platform of Olympic and Paralympic sport to address and fight against systematic inequality and racism in our country.”

In her AP interview, Berry said she was disappointed that the USOPC hadn’t come to her with an apology before putting out its original post.

“It takes away their sincerity to the situation at hand,” she said.

And yet, in Berry’s view, the back and forth with the USOPC is the least of the problems facing her or her country, as the U.S. faces its second week of protests in reaction to Floyd’s death. A white police officer, Derek Chauvin, has been charged with second-degree murder in the killing of Floyd, a black man who was handcuffed as the officer pressed his knee on Floyd’s neck for several minutes.

Berry said she heard a lot of people’s feelings while joining recent protests in Houston. She says the endless stream of stories of police brutality leveled against blacks in America keep her in a constant state of worry about her son and her brothers.

“I have a child who is a black man, who does not look like a child,” she said. “I have siblings who are black men who do not look like children. They’re big. They can be intimidating. I’m in fear for their lives right now. I feel like I’m fighting for them right now.”

Asked if she was hopeful the protests could be an impetus for change, Berry said she looked at it as a “tipping point.”

“I definitely don’t think this is the thing that’s going to bring America together,” she added. “The people who run the system, they’re not going to just let this one situation be the tipping point. They’re going to fight until they can’t fight anymore. So we will have a lot of fights to do. This is the start. This is a key moment.”

When Berry raised her fist during “The Star-Spangled Banner” last summer, her message was not all that different from the one sprinters Tommie Smith and John Carlos delivered at the 1968 Mexico City Olympics, when they raised their fists on the podium. They became internationally known for their fight to shed light on their country’s history of social injustice for blacks.

At that time, Berry didn’t really have any follow-up plans in mind. Now, she does. Her probation will be over in the summer of 2021 — the new date for the Tokyo Games.

“I’m prepared to take my platform to the next level. I really don’t know how I will go about that, because I know just speaking out and posting is not enough,” Berry said. “Being more involved and helping my message reach bigger influencers, I think that will help me a lot.”