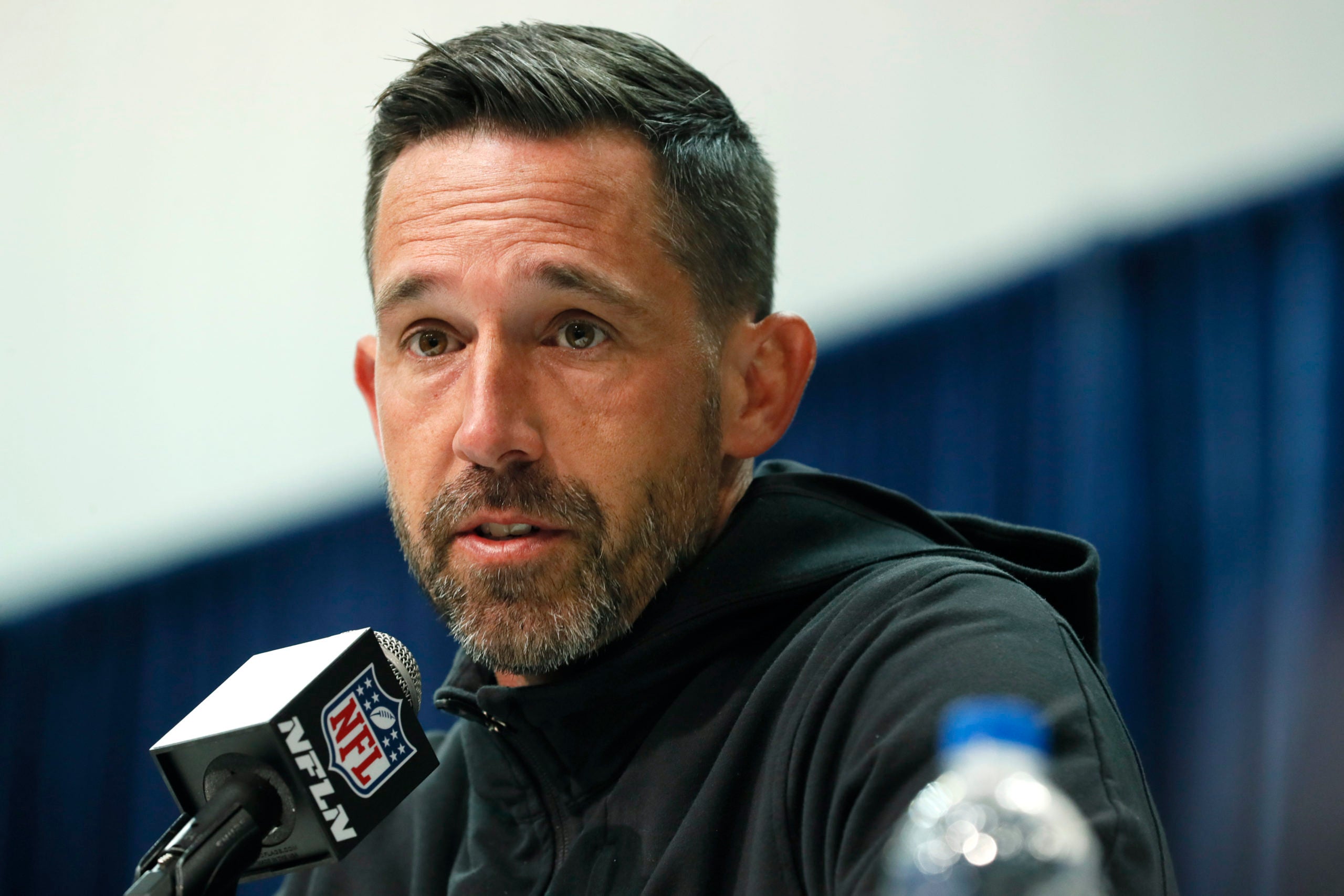 FILE – In this Feb. 25, 2020, file photo, San Francisco 49ers head coach Kyle Shanahan speaks during a news conference at the NFL football scouting combine in Indianapolis. Shanahan praised former NFL quarterback Colin Kaepernick Thursday, June 4, for trying to bring the issue of racism and police brutality to light with his protests during the national anthem in the 2016 season. (AP Photo/Charlie Neibergall, File)

San Francisco 49ers coach Kyle Shanahan praised former NFL quarterback Colin Kaepernick for trying to bring the issue of racism and police brutality to light with his protests during the national anthem in the 2016 season.

The issues surrounding Kaepernick’s stance have resurfaced this week as many players and teams in the league have been protesting the death of George Floyd in Minneapolis. Floyd was a black man who was handcuffed as a police officer pressed a knee on his neck for several minutes. Officer Derek Chauvin has been charged with second-degree murder.

“What he was doing was a big deal,” Shanahan said Thursday about Kaepernick. “Whether you disagree with how he did it or not doesn’t matter. It’s three years later and there’s still some people not understanding what his message was. Too many people aren’t understanding the message that everyone’s been giving for a long time, and Colin did it the strongest out of anyone. People should respect him a ton for that and admire him.”

Kaepernick protested police brutality and racism during the 2016 season with the 49ers by taking a knee during the national anthem. He was joined by several teammates and others throughout the league.

Shanahan arrived in San Francisco as coach the following year and wanted to go a different direction at quarterback. Kaepernick opted out of his contract before getting released and has not been signed by another team since.

A handful of players protested in subsequent years but it had mostly faded by last season. Shanahan said the organization led by CEO Jed York would support any player who took part in a protest this season.

“I’m all for protests, I’m all for change,” he said. “I hope the protests cause change. Whatever we got to do to get the change I’m for it. I know our organization is, I know Jed is, I know our players are. We always have been.”

Shanahan said he’s been talking to his players all week about the issues surrounding Floyd’s killing and said it’s important for white people not to be “ignorant” about the prevalence of racism and to understand black people are scared.

He said there’s been talk about what the team can do to address the problems and said the most important thing is to stress the importance of voting and to provide good examples for young people.

Shanahan said the NFL isn’t immune from criticism around issues of race. The league has only four minority head coaches and just two general managers. Of 13 coach openings the past two seasons, only two have gone to minorities, with Miami hiring Brian Flores in 2019 and Washington hiring Ron Rivera this offseason after he was fired in Carolina.

There were eight minority head coaches as recently as 2014. The league announced changes last month to strengthen the “Rooney Rule,” which was passed in 2003 to increase diversity among coaches and in the front office.

“How the heck are there only four black coaches out of 32 head coaches. How are there only two GMs?” Shanahan said. “The majority of our players are black. So the fact that there’s that few, that’s not debatable. I don’t know if people are openly thinking they’re doing it. But that’s what the problem is. That number is not debatable. That is an issue. I think we talked about it a lot. It is something that has to get better.”

“We have everything,” Shanahan said. “It’s not just to show people that we’re trying to be diverse. It’s just because I’ve been around these people and they are really good at what they do and we can’t win without these people. That’s just how it works out.”