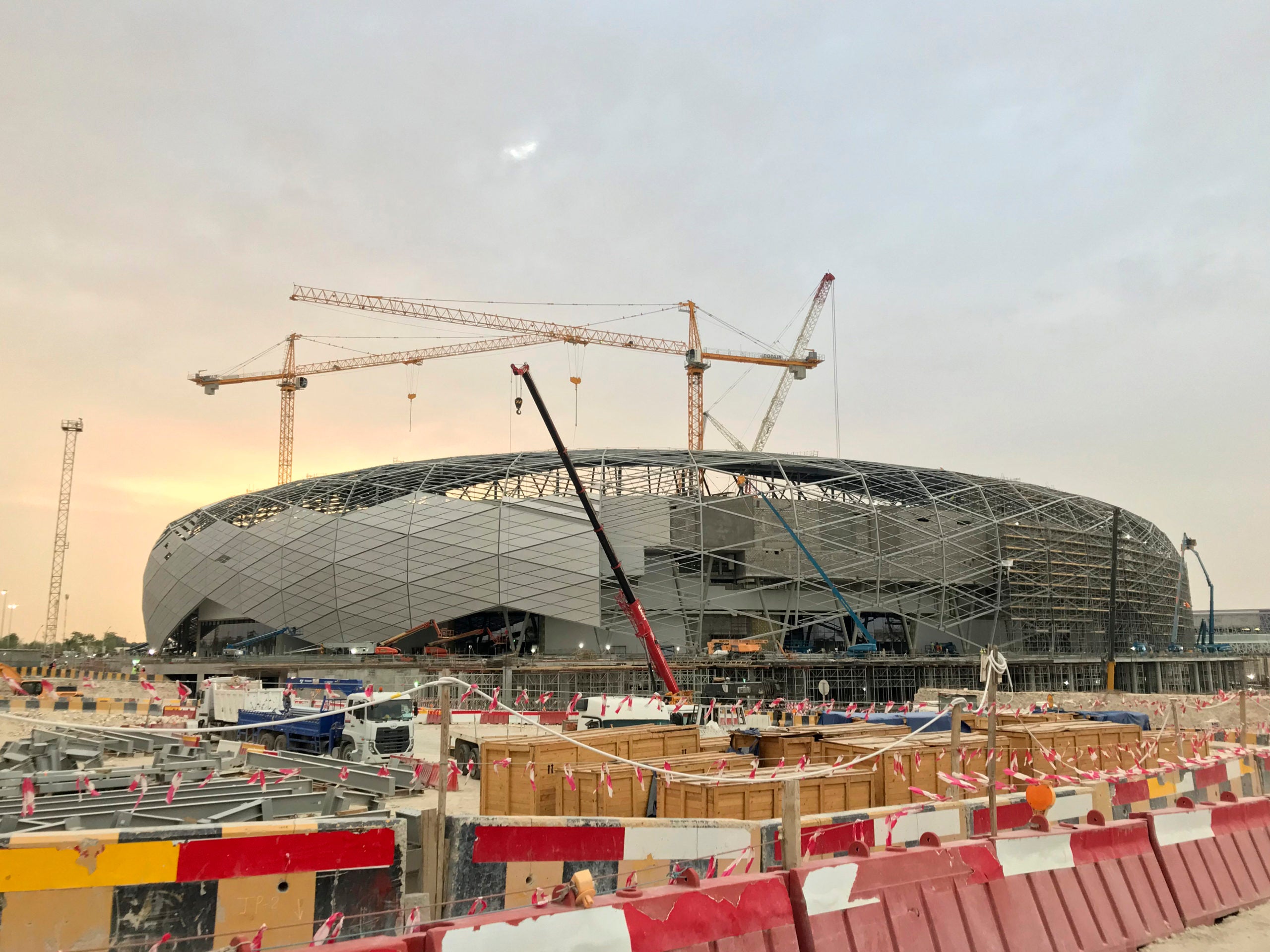 A picture taken during a media tour organised by Qatar’s Supreme Committee for Delivery and Legacy on May 18, 2019, of construction work at the site of the future Education City Stadium in Doha. (Photo by Karim ABOU MERHI / AFP)

Qatar announced the completion of its third stadium for the 2022 World Cup, state media reported late Thursday, as the emirate prepared to mark three years of a regional feud.

Education City stadium had been due to host the semi-final of the Club World Cup on December 18, but its opening was postponed because of delays to certification.

“The Supreme Committee for Delivery and Legacy and the Qatar Foundation announce the completion of the preparations for the third FIFA World Cup 2022 stadium, located in Education City,” the state-run Qatar News Agency reported.

The Education City ground, named for the surrounding university and research campuses, will host fixtures through to the quarter-finals.

After the tournament, half of its 40,000 seats will be donated to build stadiums in developing countries.

Two and a half years before the World Cup kicks off, Qatar has already launched the brand new 40,000-capacity Al-Janoub stadium and the refurbished Khalifa International ground.

Friday marked the third anniversary of a Saudi-led effort to isolate Qatar over claims it supports radical Islamist movements and is too close to Iran. Doha denies the claims.

On June 5, 2017, Saudi Arabia along with Bahrain, the United Arab Emirates and Egypt cut diplomatic ties, closed their airspace and borders to Qatar and severed economic links.

Despite several signs of reconciliation, including Saudi, the UAE and Bahrain participating in a regional football tournament in Doha last year, the dispute remains deadlocked.