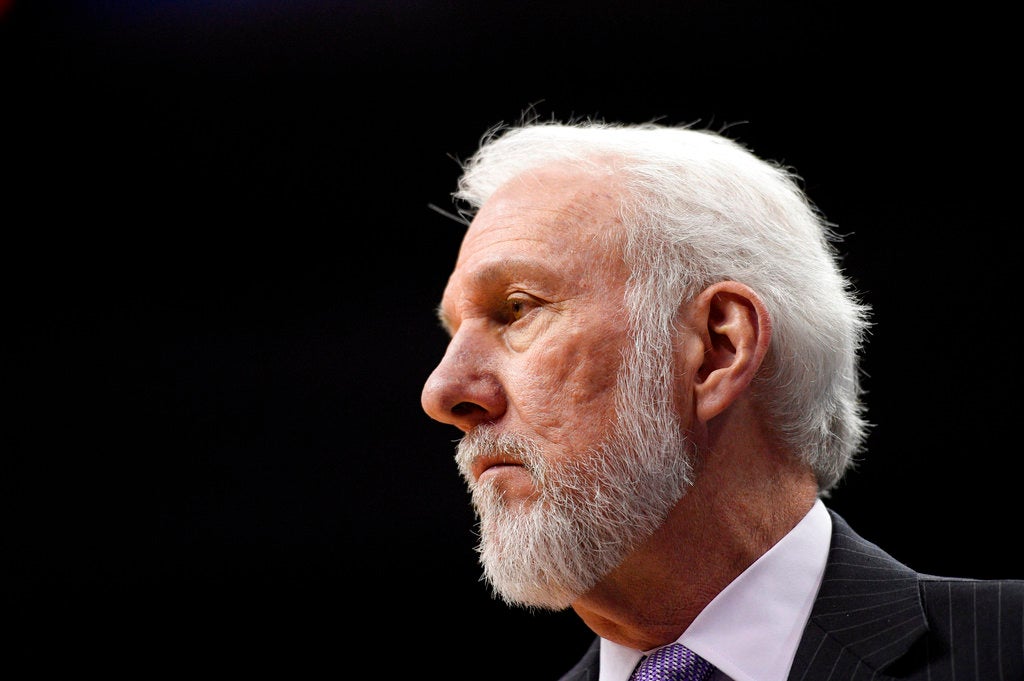 The 71-year-old Popovich addressed Floyd’s death in a video released Saturday by the Spurs as part of the team’s #SpursVoices social media series.

Floyd was in handcuffs when a Minneapolis police officer pressed his knee into his neck as he pleaded that he couldn’t breathe. Derek Chauvin is charged with third-degree murder and second-degree manslaughter.

“In a strange, counterintuitive sort of way, the best teaching moment of this recent tragedy, I think, was the look on the officer’s face,” Popovich said. “For white people to see how nonchalant, how casual, just how everyday-going-about-his job, so much so that he could just put his left hand in his pocket, wriggle his knee around a little bit to teach this person some sort of a lesson — and that it was his right and his duty to do it, in his mind. …

“I think I’m just embarrassed as a white person to know that that can happen. To actually watch a lynching. We’ve all seen books, and you look in the books and you see black people hanging off of trees. … But we just saw it again. I never thought I’d see that, with my own eyes, in real time.

“It’s like the neighborhood where you know there’s a dangerous corner, and you know that something’s going to happen someday, and nobody does anything. And then a young kid gets killed and a stop sign goes up. Well, without getting too political, we’ve got a lot of stop signs that need to go up — quickly — because our country is in trouble. And the basic reason is race.”

“We have to do it. Black people have been shouldering this burden for 400 years,” Popovich said. “The only reason this nation has made the progress it has is because of the persistence, patience and effort of black people. The history of our nation from the very beginning in many ways was a lie, and we continue to this day, mostly black and brown people, to try to make that lie a truth so that it is no longer a lie. And those rights and privileges are enjoyed by people of color, just like we enjoy them. So it’s got to be us, in my opinion, that speak truth to power, and call it out, no matter what the consequences. We have to speak. We have to not let anything go.”

Popovich has led the Spurs to five NBA titles and is a three-time coach of the year. He’s set to coach the United States in the Tokyo Olympics.