Apart from volleyball, Baron also has passion for modeling 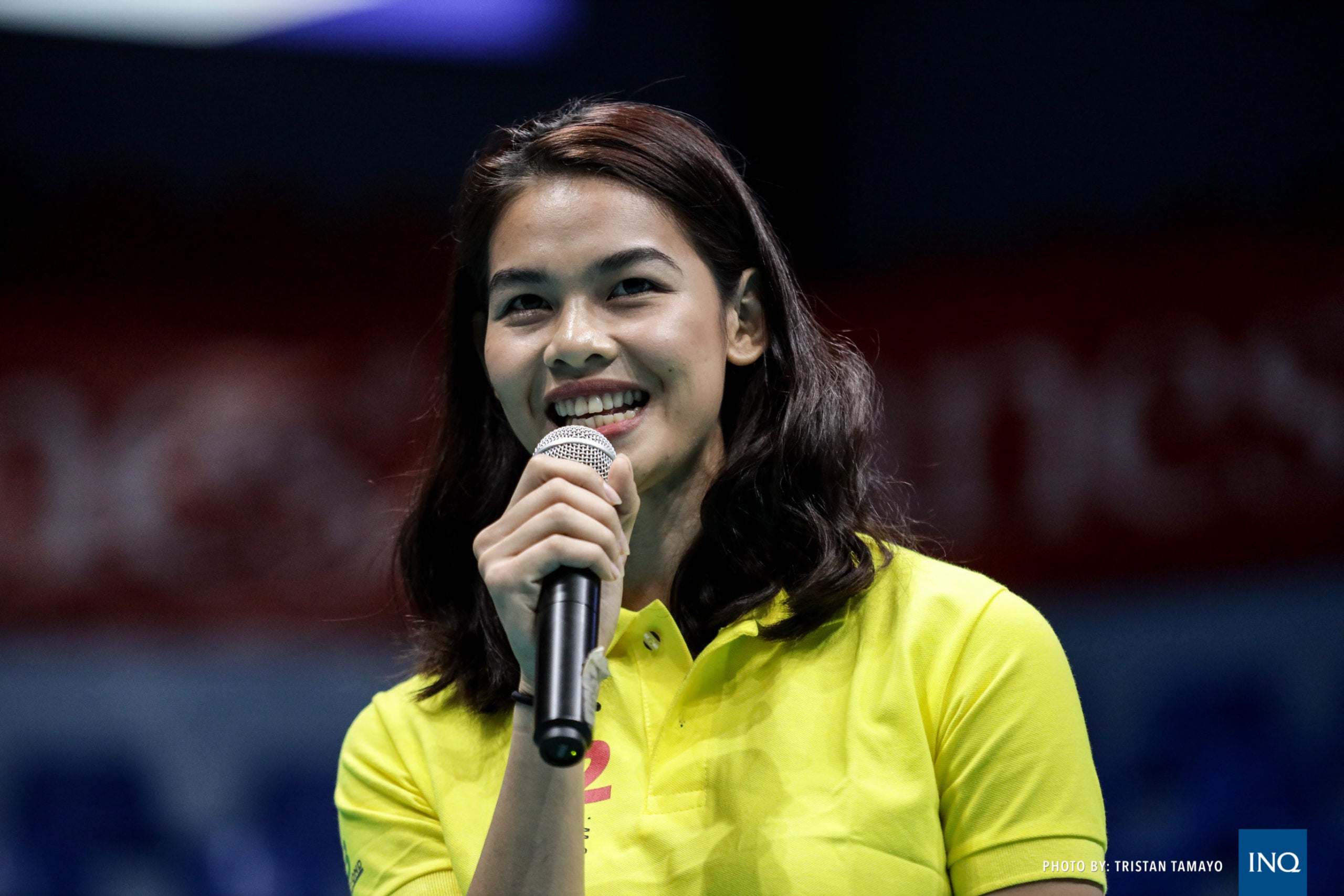 Apart from her exploits in the Philippine scene, Baron was also a member of the national team for the Asian Games, Southeast Asian Games, and the ASEAN Grand Prix where she was named the Best Middle Blocker twice.

Baron, however, isn’t satisfied with just her volleyball accolades as she’s proven to be more than just an athlete.

In an interview with FIVB.com, Baron said that outside of the court, there’s also nothing more satisfying than waking down the runway.

“There was a rush every time I would put on a beautiful designer garment and walk down an elevated ramp in front of an audience. What I enjoyed the most was transforming into a different person that was totally removed from my real self even just for a few minutes,” said Baron in the interview with the sport’s governing body.

Baron knows it takes hard work in honing a craft and pursuing a career.

Just like volleyball, Baron said she’s prepared hard for her modeling shoots, even employing personal coaches to guide her just like how Ramil De Jesus taught her in De La Salle and in F2 Logistics en route to winning eight titles combined.

Although she’s not a full-time model as being a volleyball player comes first, Baron said she’s gotten help from runway model Ria Bolivar as her personal coach.

It was Baron’s manager Suki Salvador who took care of her modeling career and was also the one who linked her up with Bolivar.

“At first, we would do simple test shoots on plain backgrounds and after a few of those, I found myself doing beauty editorials for top fashion magazines and the most coveted job a model can ask for, a magazine cover. We did the same preparation for runway modeling. First, we re-learned the basics from one runway coach that gave me the confidence to walk small-scale fashion shows,” said Baron.

The statuesque middle blocker, who stands at just a shade under six feet, has appeared on top fashion magazine Mega and also walked the ramp during Philippine Fashion Week and her love for fashion and modeling started even before she learned how to spike a volleyball..

“Before I became a volleyball player, I used to enjoy joining beauty pageants. In the Philippines, beauty pageants are very popular. Miss Universe is our Super Bowl and is one of the major events the Filipinos look forward to every year. Growing up with that energy and enthusiasm, pageants and modeling easily became my first love,” said Baron.

But make no mistake, volleyball was also crucial to Baron’s character development.

Baron was the latest Philippine volleyball player to be featured on FIVB’s website after Jaja Santiago, Cherry Rondina, and Marck Espejo.